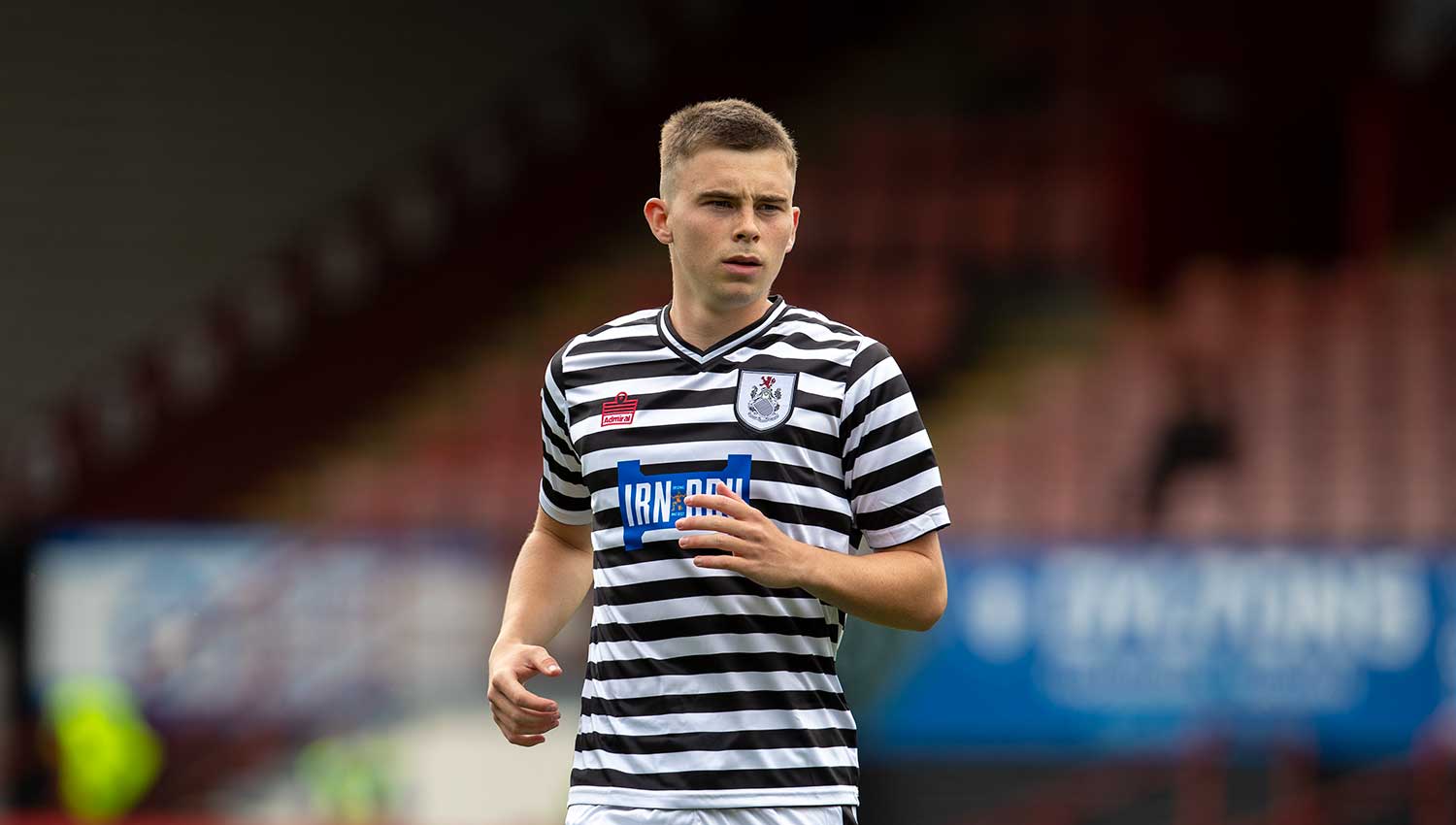 A great place to Play football

It has now been confirmed that Jack Thomson has now signed for us on a permanent basis. After Jack signed, the media team spoke to Jack about his reasons for signing and what he hopes to get out of moving permanently to Queen's Park.

WHY SIGN WITH QUEEN’S PARK:
I feel it’s a really good place for me to continue to develop as a player. I like the style of play the club are developing on the pitch, the club’s ambitions in terms of where they want to be in the near future, and the infrastructure they are building around the club. It’s an exciting place to be and to be a part of.

To be honest it was an easy decision to sign permanently with Queen’s Park as I really enjoyed my loan spell with the club.

MY LOAN PERIOD AT QUEEN’S:
I spoke to a number of people before joining in July. So I knew about the plans of the club and the expectations and standards they set. I also knew a lot of the players currently at the club and how good they were.

I also had seen how Queen’s had won League 2 comfortably the previous season. So, I felt that this was going to be a really good place to come and play football. With the quality of players already there, it was obvious I was not going to be guaranteed game time. I liked this as it would push me to be a better player. I knew I was coming into an environment where I would be challenged daily.

And it’s definitely been that all through the loan period. The training is of a really high standard, and League 1 is great League to play in. There are no easy games. I think it’s a very good level for me to make progress in.

My career will only develop if I put the work in. Putting the work in and a little bit of luck will help. I had quite a bit of back luck, through injuries,  early in my career. Since I’ve come here, I’ve really looked after myself and the staff have been great with me. Guys like Sam and Euan have really helped me to get back to full fitness and more importantly keep injury free this season.

It was also great to be a full-time footballer again. I’m used to long days at training, having done so since I was 16, so it was great to get back to a full-time environment. Not only can I concentrate on developing my football skills and knowledge, but you get to know your team mates better being with them all day. For example, we play table tennis at Lesser before going into the gym. Activities like that are good for team spirit. I have to say that I’m the currently top at table tennis league and sorry to say Jai Quitongo is bottom.

Lochinch is a great setting for a training ground. We have everything we need there. The facilities are superb, and it can only help us to become better players. One aspect of this I did not expect before coming was getting fed with breakfast and lunch provided.

HOW HAVE YOU DEVELOPED THIS SEASON:
It was tough for me initially when I joined. I had missed out on a pre-season due to injury and hadn’t played any games for quite a while. So, it was tough to come straight into a season from that point of view. It took a bit of a while for me to get up to speed.

I’ve felt a lot of the elements of my game were progressing game on game, so I just needed to keep working hard to push myself forward. I feel I am contributing more to the team as the season progresses. Although I’ve made progress, I’m still not happy with aspects of my performance. I know there is still a lot to come from me.

GAMES THAT STAND OUT AS BEING MEMORABLE:
The first game that stands out, for me, is the Peterhead game where we won 3-2 in September at Firhill. I scored my first senior goal, and it was even better as it was Queen’s third goal and the winner. I also got the Man of the Match as well, so a very memorable day for me and my family.

I also enjoyed the game against Kilmarnock in the SPFL Trust Trophy. Even though we lost, there were lots of elements of our play that matched them. The 6-0 win over Falkirk was very pleasing as well.

TRAVELLING ALL OVER SCOTLAND:
I enjoy the travelling to grounds like Cove and Peterhead. When I was with Orange County in the States, we would have to get on a plane and fly 3000 from California to the East Coast for a game, so 3 hours to Aberdeen is nothing really.

TEAMMATES:
The guys round about the same age as me, Scholsey (Callum Yeats), Jake, Charlie and Connor, are the ones I usually sit with at breakfast and lunches at Lochinch. But to be honest the squad all get on with each other so well, anyone could sit with anyone else at meal times and team meetings.

HOW IT ALL BEGAN:
I started playing football at Rangers Community Programmes in Bearsden, where I live, I think about aged four. I then joined Westerton United Boys’ Club and played with them until aged 10. Next I joined the Rangers Academy. Art Rangers I progressed through the age groups, then was offered a professional contract aged 16.

When I was 14/15, I would go to school 4 days a week and spend the other day at Rangers. This all changed when I signed professionally. It changed to 4 days a week playing football and one day at school. I wanted to continue at school and gain some qualifications. Rangers were great, they arranged tutors after training so that I could catch up on subjects I was missing. I managed to get 5 Highers by the end of sixth year. I am continuing with my education by taking a degree in politics with the Open University. Currently I am on year three of a six-year course.

SPECIAL MOMENTS AT RANGERS:
One moment I remember was being on the bench for the first team, aged 16, in a Scottish Cup game against Dundee at Ibrox in March 2016.. Mark Warburton was the manager at the time.

Another memory is when I was in the 17s, playing a number of  European games. We played teams like Bayern Munich and Borussia Dortmund. Billy Kirkwood and David McCallum were our coaches. We were travelling a lot and getting amazing results against top European sides. We mainly played at their training grounds – which were out of this world. Hamburg for example, their training ground, which was right beside the main stadium, was a superb small stadium where we played on an amazing surface.

OTHER LOAN PERIOD:
I joined Clyde on loan from January to May 2021. This was my first experience of playing senior football. Due to COVID, the schedule was crazy with us playing two games a week from March to May. No time for training just getting ready for the next game. I played 16 times for Clyde and certainly enjoyed my time there.

In May 2021 I moved to Irvine, California, to join Rangers partner club, Orange County, for a six-month loan. However due to injury I returned to Scotland in early July

WHERE DO YOU SEE YOURSELF IN FIVE YEARS TIME:
Given the ambitions of the club, I’d love to see myself playing with Queen’s Park in the Premiership.

PLAYING FOR SCOTLAND:
I played for Scotland at 16s and 17s levels. I played in all the qualifying games and was meant to go to the European Championships with the year above me but had to withdraw due to illness. Then the next season, I was again due to play in the finals with my own age group but this time I sustained an ankle injury and had to withdraw.

I look back on playing with Scotland with many happy memories, but also disappointment because of what could have been if I had managed to stay injury free. The way I look at it is these setbacks, although very disappointing at the time, develop your resolve and determination for the future.