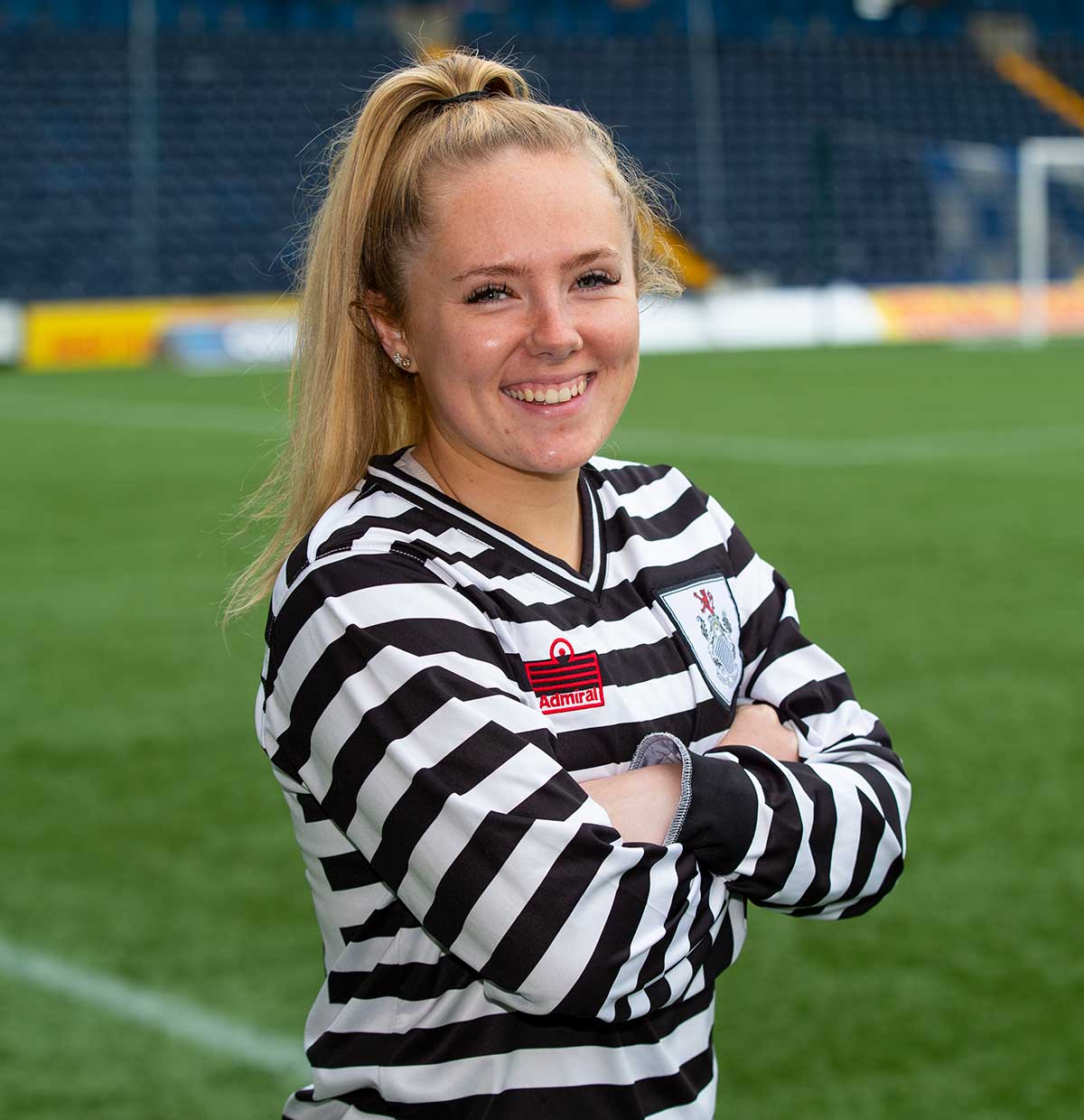 Abby started playing football, aged nine, at her school before being spotted by Celtic.  She joined Celtic and played for them for 7 years.  She moved through the academy squads up to the Development Squad.