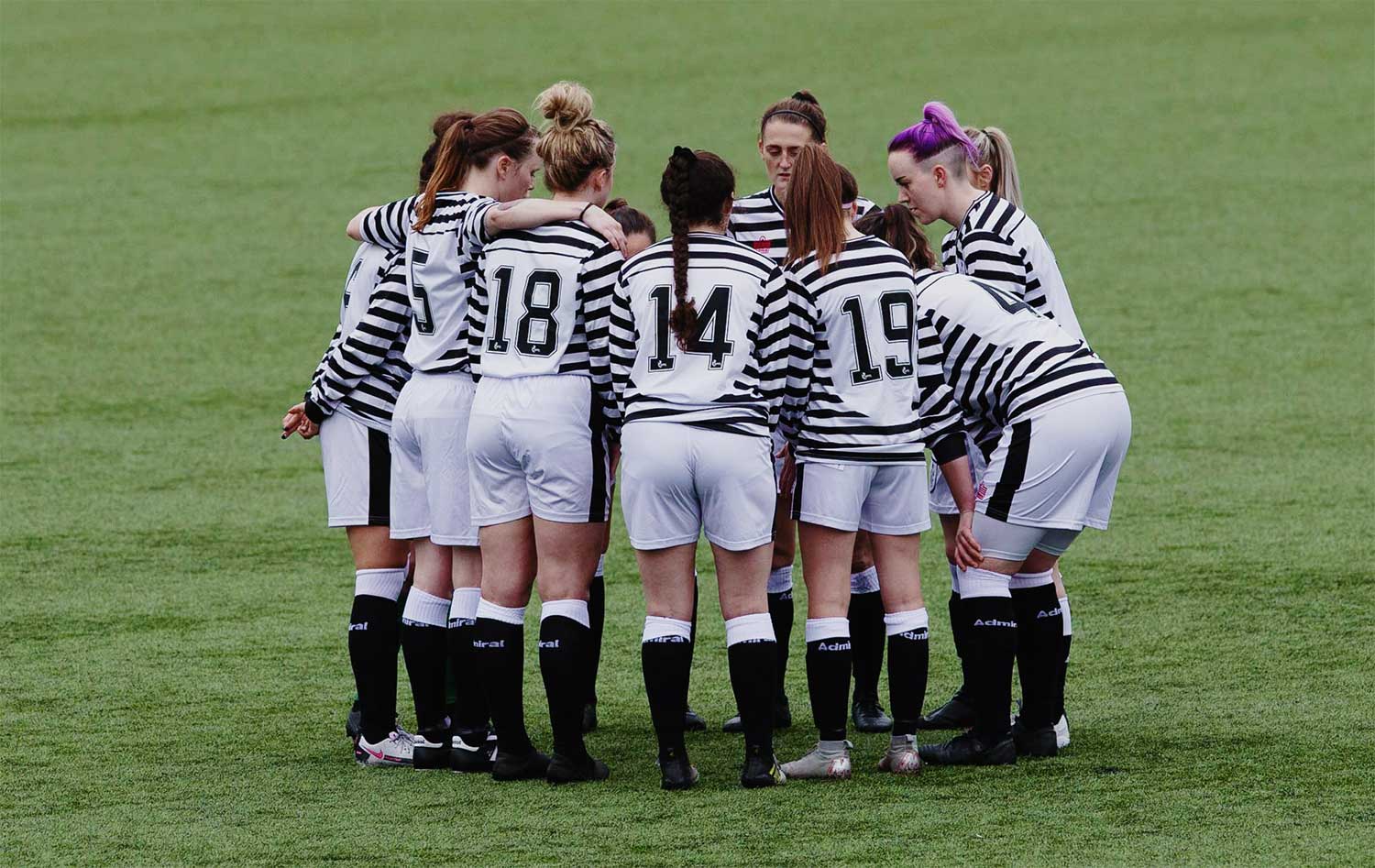 Queen’s Park were defeated, 5–1, by Aberdeen in the third match of the 2020–21 Scottish Building Society SWPL 2 season. The blustery conditions added to the challenge of this tough away game at Cormack Park, the brand-new Aberdeen Training Centre. Recent signing Sophie McGoldrick earned her first start for the club, replacing Samantha McManus in the starting eleven.

Queen’s Park started brightly, and with the wind slightly in their favour. After just two minutes, McGoldrick almost opened the scoring, but her shot went over the bar. Less than ten minutes later, Aberdeen broke away to open the scoring; Francesca Ogilvie’s goal was allowed to stand, despite a suspicion of offside.

The game was even at this stage. The Spiders enjoyed some good spells of possession and created some good chances, with Mhairi Crooks, Chloe Docherty and Sophie McGoldrick all threatening the Aberdeen goal. Louisa Boyes posed a real threat, opening up the Aberdeen defence several times.

Following some sustained pressure, the Spiders forced an equaliser, with a back-post cross headed back across goal by Jayne Cameron for McGoldrick to head her first goal for the club. Further chances for Crooks and a great shot from Docherty forced an excellent save from Gail Gilmour. Queen’s Park then conceded a needless goal just before half time, with Eva Thomson restoring the lead for the hosts.

The start of the second half saw Aberdeen with a slight wind advantage, but the game remained in the balance. A hard lesson was learned during this phase of the match, as the visitors were caught out by two quick counter-attacks ten minutes after the restart. Thomson grabbed her second, and Bayley Hutchison made it 4–1 just one minute later. A fifth goal from distance, scored by Ogilvie in the 87th minute, ended Queen’s Park’s hopes of taking any points home on the long journey back to Glasgow.

Queen’s Park Community Manager George Watson said: “We learn from the experience of dealing with the challenges of playing at this level as well the travel and the impact of the pandemic. The staff and the players are showing a real commitment which will bear fruit.”

Queen’s Park are back in action on Wednesday, 4th November, when they face Boroughmuir Thistle away in the SWPL 2.