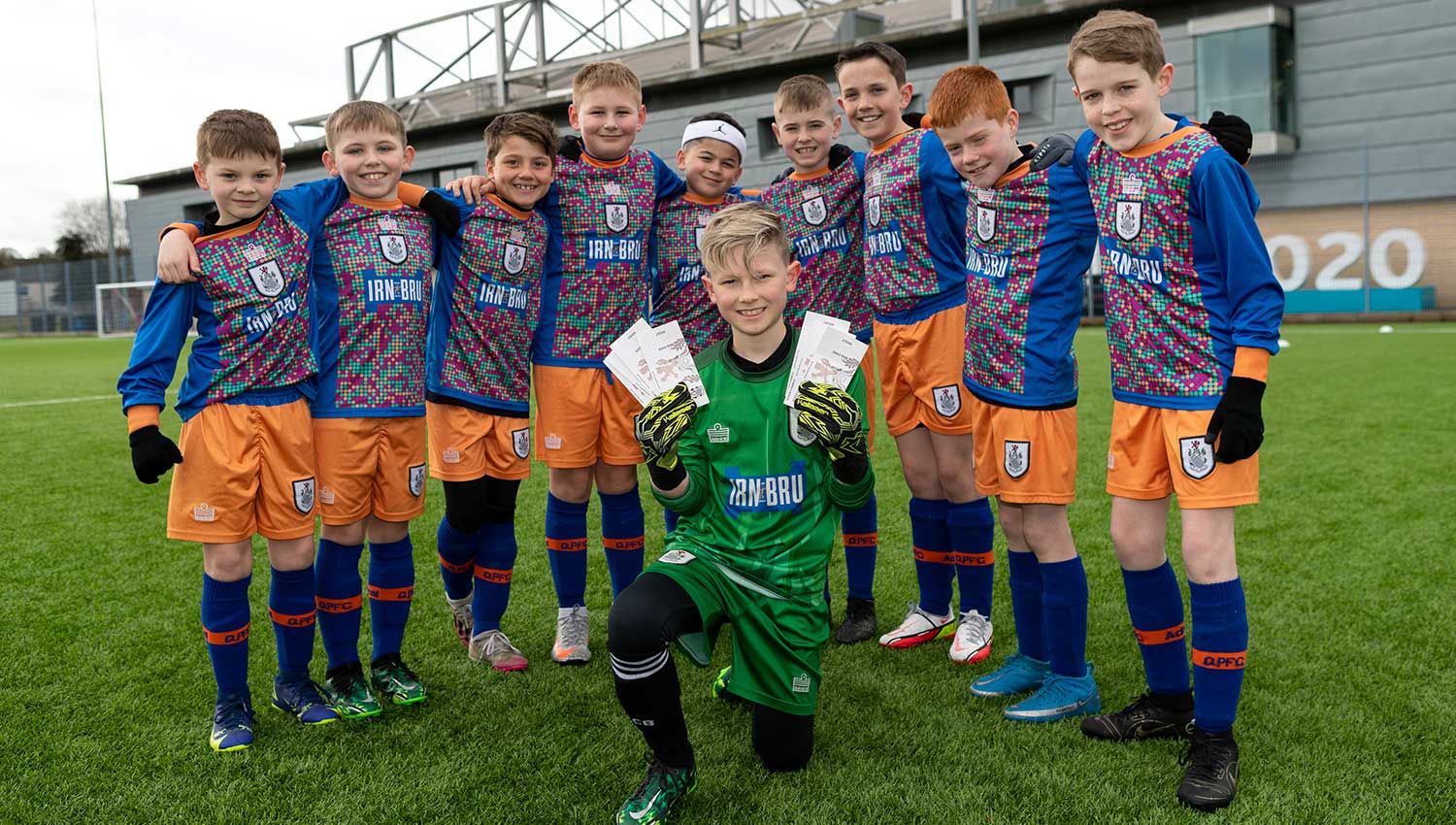 Academy Day Round 2 a Great Success

As we continue to grow the Queen’s Park Family it was fantastic to have the second group of Players from our Academy cheering the club on from the stands last Saturday at our fixture against Cove Rangers.

The feedback from those who attended highlights once again it was a successful day for all involved.

Scott Woodhouse, u15s Coach said: “It was fantastic to see so many of Queen’s Park’s academy players attend the game against Cove, with nearly every squad present on the day.

“The boys were excited to see their own coaches playing and it’s great to have that connection from the first team to the academy now with some of the players coaching in the youth set up.”

Craig Gordon, Head of Academy Goalkeeping said: “Having the academy players there was brilliant against Cove Rangers. It allowed them to see a different side to the club being in and among the fans to see what it means to them.

“It was also good to discuss the decision making from the players with the academy players as the game was happening, allowing them to increase their knowledge of the game.”

We are looking forward to welcoming kids and coaches from our Community Foundation to our fixture tomorrow, we hope they have a fantastic day as part of the Queen’s Park Family.