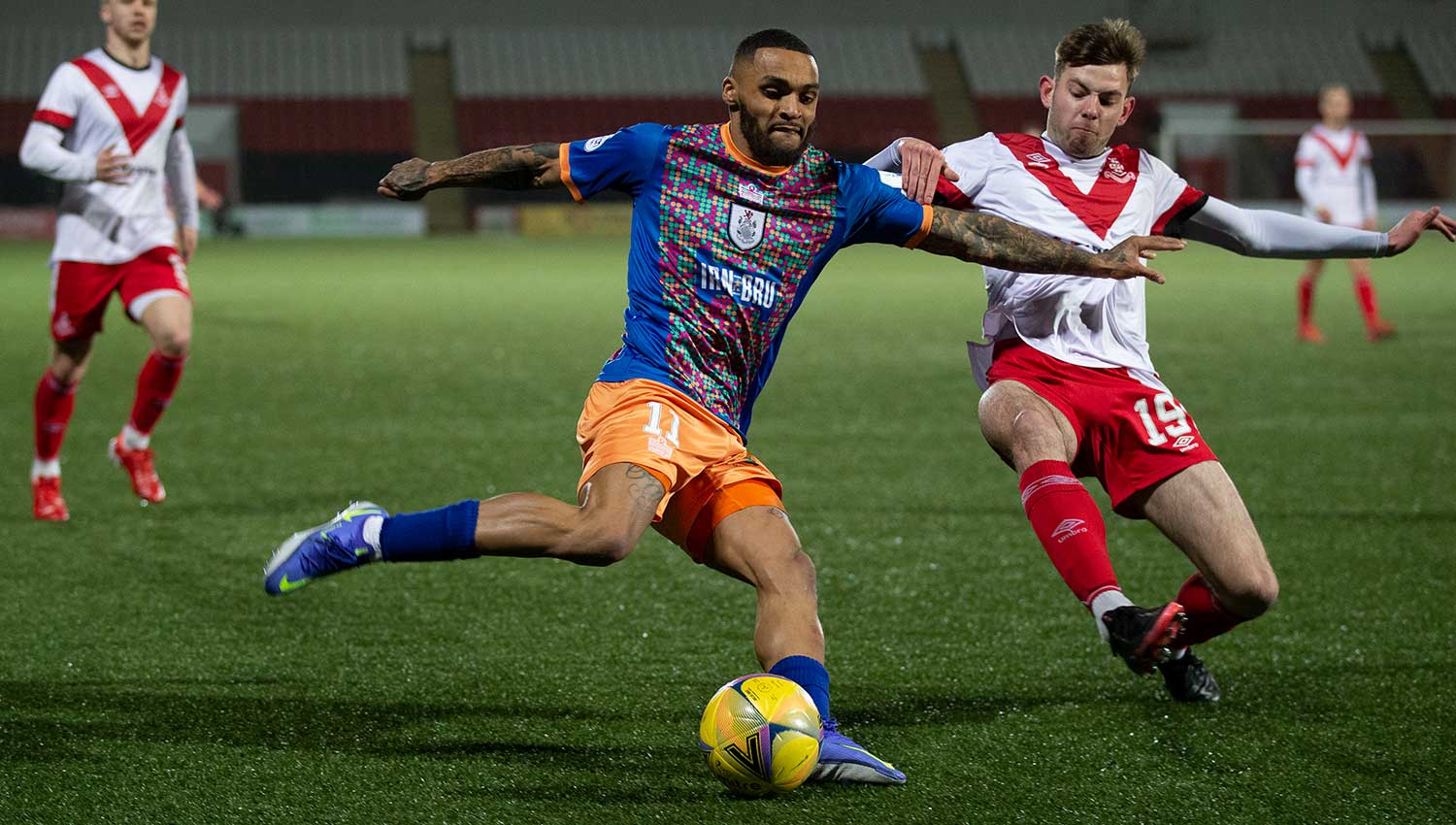 Queen’s Park’s final match of the year ended in defeat at the Penny Cars Stadium with fellow promotion rivals Airdrie extending the gap to five points between the sides.

Laurie Ellis made five changes to his sides last match against Montrose with Calum Ferrie, Michael Doyle, Conor Smith, Simon Murray, and Louis Longridge coming out of the side with Jacques Heraghty, Lee Kilday, Stuart Morrison, Luis Longstaff, and Bob McHugh replacing the departed five. Heraghty made his first start of the season for the Spiders today replacing Calum Ferrie in goal.

Also in attendance today was our new Director of Football, Marijn Beuker who was watching his new club from the stands. Welcome to the club Marijn.

Ian Murray made one change to his Airdrie side with Adam Frizzell coming out of the team, replaced by Matthew McDonald.

After an even start to the match, the Spiders were forced into an early change in the 6th minute when Stuart Morrison’s injury resulted in him coming off, replaced by Max Gillies.

Airdrie started to dominate the ball and in the 21st minute had their first real chance of the game after clever work down the right resulted in Callum Smith delivering a cross which landed to Calum Gallagher and his attempted lob failed to beat Heraghty who was able to comfortably collect it.

A couple of minutes later and Airdrie had another chance when Craig Watson delivered a terrific right sided cross which found Gallagher, but his header went wide of the post.

The ball continued to be dominated by Airdrie who tried to break down Queen’s Park’s rigid defence and in the 40th minute Easton cut in from the left but his shot from distance went wide of the post.

After a quiet first half from the Spiders, they could have snatched the lead in the 43rd minute. Luca Connell’s driving run through the heart of Airdrie’s midfield led to him finding Bob McHugh in the box but his shot narrowly went wide of the post.

Queen’s Park would go into half time disappointed about the lack of creativity whereas Airdrie would be frustrated that they hadn’t created enough with the amount of ball possession they had.

At half time, the Spiders made a change with 1st half substitute Max Gillies coming off for Jai Quitongo who came on to make his 1st appearance of the season.

The home side got off to the better start in the 2nd half and in the 47th minute could have taken the lead when Smith’s shot from outside of the box was smartly tipped over the bar by Heraghty.

Queen’s Park’s change of shape at half time was benefiting the Spiders with the match becoming more competitive.

With nothing between the sides, Airdrie could have taken the lead in the 61st minute when they snatched the ball off the visitors and Easton passed it to Matthew McDonald whose long-range strike went narrowly wide of the post.

In the 70th minute, Airdrie scored after Queen’s Park’s clearance from a corner fell to Kerr McInroy at the edge of the box and his sweetly struck shot flew past Heraghty and into the back of the net.

The Spiders had to try and make a quick reaction to going a goal behind but their night got worse 10 minutes later when in the 80th minute Jack Thomson fouled an Airdrie player which resulted in him receiving a second yellow and being sent off.

Queen’s Park tried to make their way back into the game, but they run out of time and finished 2021 with a defeat.

The Spiders next match is on the 2nd of January away to Clyde and they will hope to kick off 2022 with a victory.  A very happy New Year to football fans everywhere when it comes.