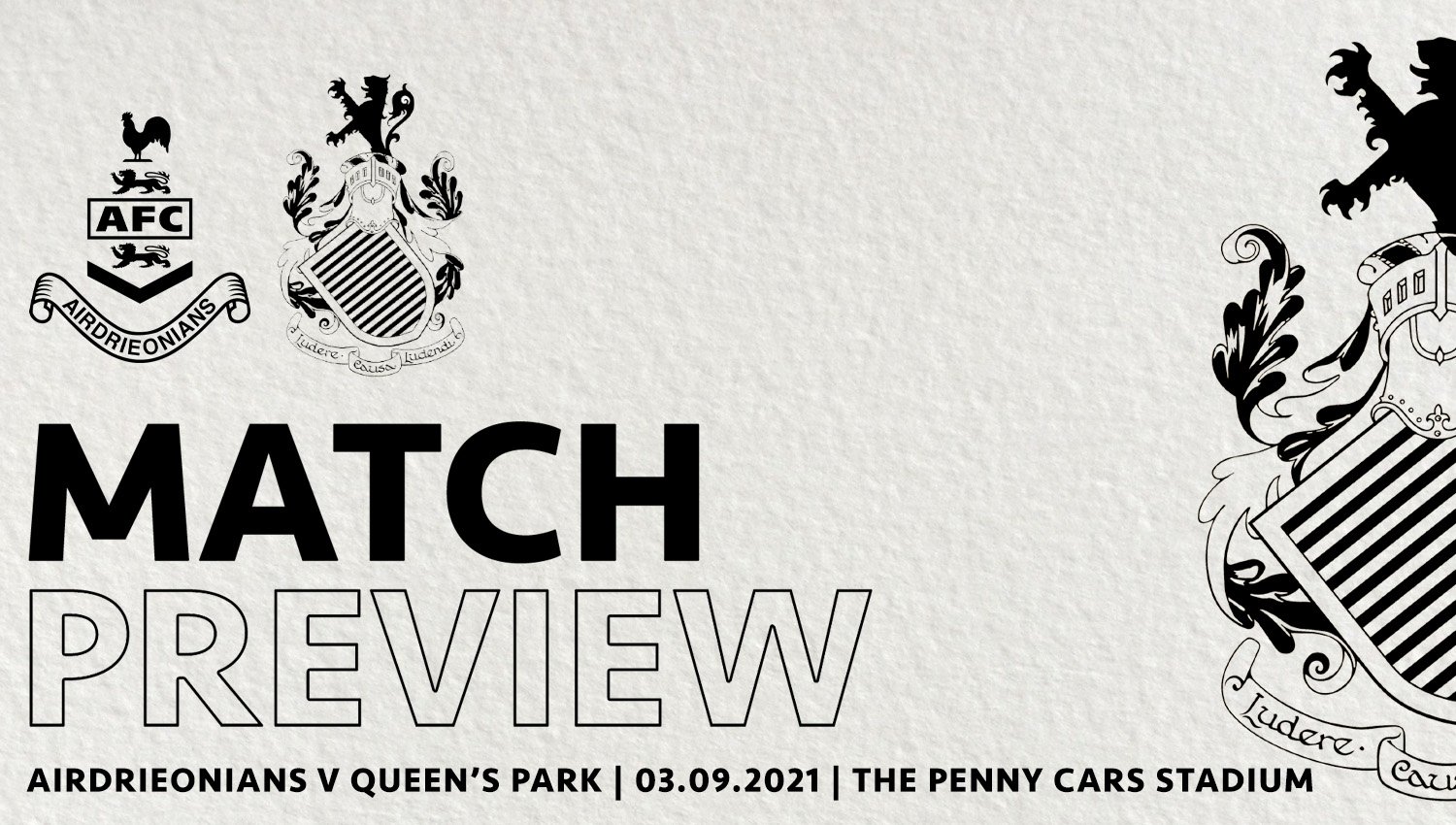 It’s Friday night football under the floodlights at The Penny Cars Stadium for the Spiders tonight as we make the short trip to take on Airdrieonians in the second round of the SPFL Trust Trophy.

Despite only being a few games into the new season this will be the second meeting of the teams in cup action already, having played out a keenly contested goalless draw at Firhill, which Airdrieonians took the bonus point from in penalties, back in mid July.

Ahead of tonight’s clash the club media team spoke to Head Coach, Laurie Ellis to get his thoughts. He said: “We’re looking forward to what we expect to be another very difficult game against Airdrie. We obviously had a tough game against them in the group stages of the Premier Sports Cup.”

“We expect tomorrow to be even harder as like ourselves they will naturally be fitter now that we are a few weeks further into the season. They’ve also had some good results and clearly have a strong squad of players, so it is a challenge that we are relishing.”

“From our own perspective it’s a cup tie and as with any cup, we would like to go as far as possible in it. Tonight is also an opportunity for one or two players, who have been training brilliantly, to play, and I am looking forward to seeing them get the opportunity they deserve. Our approach to the game doesn’t change, it’s a match we want to win and we very much want to be in the draw for the next round.”

“We have spoken within the group about trying to build momentum and what it takes for us to achieve that. We have made a good start to the season and it’s good that everyone is pulling in the one direction, we know that needs to be the case if we are to continue the momentum we have built so far.”

“I’m delighted with the two loan additions we have been able to make over the past week. They are both good, young, fit and attacking minded players who will really compliment what we already have. Connor is a player that I have admired for some time and Luis is one that we have been chasing over the Summer so it was great to finally get both players on board.”

On the injury front the gaffer confirmed that Stuart Morrison, who went off injured early on in last Saturday’s win over Falkirk, misses out as does Connor Smith who is cup tied having already featured in the competition for parent club Hearts. Despite being lighter in numbers than he would have wanted going into the game Laurie optimistically said: “We have a strong squad with good players all over the park and it genuinely is a great opportunity for a couple of players to come in and show their qualities they posses, in what might be a slightly differently looking side tonight.”

Supporters notes
Tickets are on sale now priced at £10 for adults and £5 for children under 18. Tickets can be purchased via the link below, and our hosts are requesting as many people as possible buy online.
https://embed.futureticketing.ie/c/airdrieonians/

Those unable to buy their ticket online will be able to buy a ticket using cash or card from 7. 00pm in the Airdrie Club Shop.

For those unable to attend the game, DTV will be providing a live stream of the game priced at £10. You can purchase this via the link below.
https://dtv.airdriefc.com/event/612fea4825a7105a27f9f36e