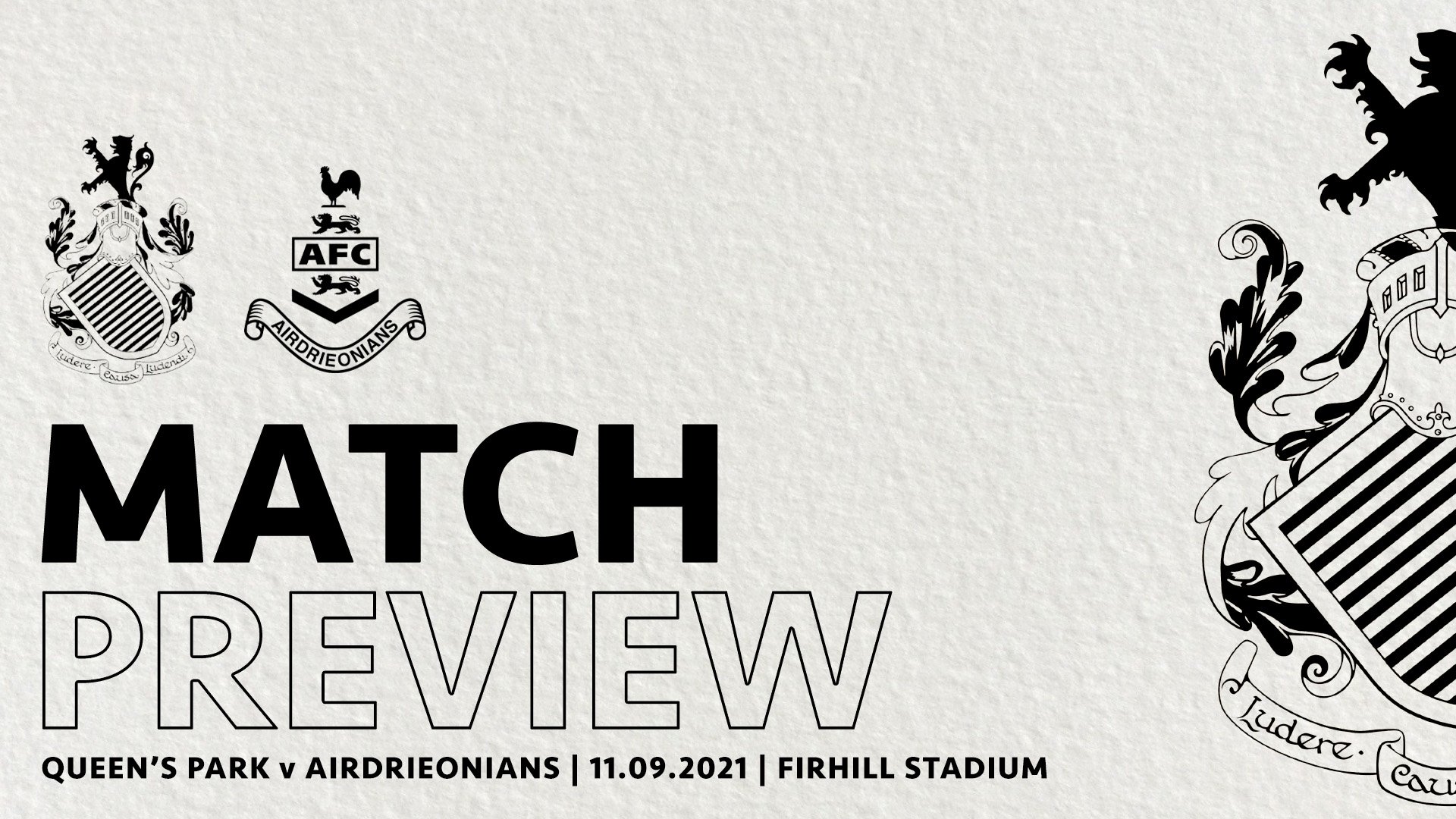 For the second consecutive week, and the third time already this season, Airdrieonians are our opposition as we return to Firhill for the first time in a month this afternoon. Queen’s have been on the road the last three weekends drawing with Alloa, winning against Falkirk and then winning on penalties at The Penny Cars Stadium a week ago, keeping the momentum of an unbeaten start to the season going.

Ahead of the game, the club media team spoke to Laurie Ellis to get his thoughts. Laurie said: “We look forward to welcoming Airdrie to Firhill for what we know will be another tough test and one which I know the players are looking forward to. Both games against them this season have been hard fought and close encounters and we expect today to be no different. The main aim going in to last Friday’s cup tie was to make sure we made it through to the next round and I was pleased that we were able to do that. It was tough and a typical cup tie but we got over the line in the end and ultimately that’s what matters.”

“I expect today to be a different type of game but we know that it will be difficult as Airdrie have proven they are a hard working and well organised side. They will be approaching the game from the same point of view as ourselves, in that there hasn’t been much between the teams in previous encounters and it is very much all to play for.”

“We are looking forward to being back at Firhill, a venue which we are still getting used to playing at, and we want to keep the momentum going. We have played some good stuff at home this season but we have also had games where we feel we could have improved on. We are still making it our home and it goes without saying, we want to become more and more comfortable at Firhill as the games go on.”

Touching on the Manager and Player of the Month awards picked up this week Laurie commented: “It’s all down to the wider staff group and the players. It really is a collective effort. We have obviously had a good start to the season and we acknowledge that, but it all starts again this afternoon at 3 o’clock.

On the injury front the gaffer said: “Will Baynham has recently returned to full training but it will take a couple of weeks to get him back to peak condition. Jake Davidson, who we have been without for a number of weeks, continues to make very good progress in his rehab and is edging closer to a return as the weeks progress. Louis Longridge has been carrying a niggling hamstring injury which the team have worked closely with him on to ensure he is available this afternoon.” Long term injuries Peter Grant and Jai Quitongo remain sidelined as they continue their journey back to fitness.

Match tickets remain on sale to both home and away fans, and can be purchased by clicking HERE. Please note that tickets must be purchased online. There is no pay at the gate facility.

You can read our digital match programme HERE.