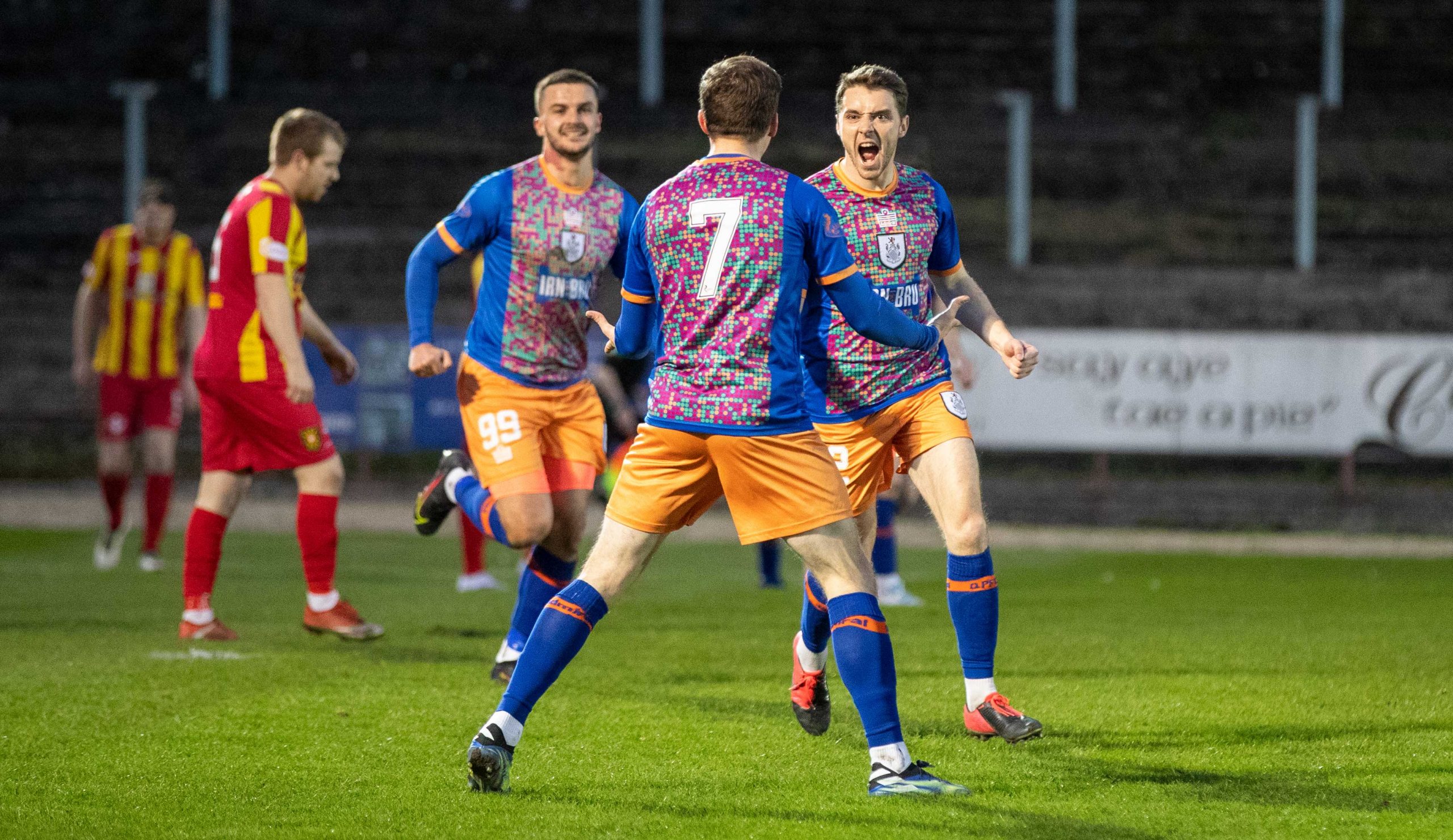 Luca Connell came back from international duty to replace Grant Gillespie, who dropped to the bench, and Brody Paterson remained at left back.  For Rovers, former QP players Paul Gallacher and Jamie McKernon started, along with their potential game-changer, David Cox.  Thankfully for Queen’s, Rovers’ top scorer, Matthew Aitken, was missing.

Louis Longridge, excellent on Saturday at Brechin, continued in that vein, along with his wing partner Jai Quitongo, as they chopped and changed wings and generally made a right nuisance of themselves.

Two minutes in and Longridge crossed for Salim Kouider-Aissa, who headed just over.  From the corner, Lee Kilday, recovered from his injury on Saturday, had his effort scooped off the line by Rovers keeper Stone.

And only six minutes after that, the first went in.  Longridge involved again, feeding Quitongo.  Trickery from him and, although his first cross was blocked, he won the ball back again and crossed for the ball to fall to Darren Lyon who blasted it in.

The two wingers continued to cause mayhem as Queen’s pressed hard.  Some last ditch defending saved Rovers from two efforts by Quitongo, but Rovers showed that they weren’t lying down when Docherty took advantage of a mix-up between Brody and Doyle, but he couldn’t right himself for a shot before he was crowded out.

Kouider-Aissa, looking sharp and busy, was in an about the Rovers defence and dispossessed McGowan in the 20th minute, fed Longridge who jinked into the box and shot, bringing a top class save out of Stone.

If this seems likes a constant description of Queen’s attacks and efforts at goal, that’s because that’s what the game consisted of.  Rovers, only three points off bottom, did what you’d expect of any Rovers team; worked hard and gave 100% effort.  Sam Jamieson was their workhorse, and he chased and harried for 90 minutes, doing the work of two men.  Unfortunately for him, his main ally in midfield, David Cox, took a knock then aggravated it and limped off in the 25th minute, but not before his replacement had come on briefly as well.  Technology will not replace the kit man clattering two wooden boards together signalling who’s coming off and who’s coming on.  You know where you stand with kit men clattering wooden boards together.

On the half hour, we were treated to a bit of magic from Luca Connell.  He picked the ball up just inside the Rovers half, ghosted past his marker and smashed an unsavable shot past Stone for the second from 25 yards.  It’s often asked of great players that they might be able to perform at the Nou Camp, but can they cut it at Coatbridge on a cold Tuesday night?  Connell can honestly answer “Yes!” to that question.  It was a superb goal.

That should have been it but, as with Glebe Park on Saturday, Queen’s struggled to finish the game off.  McHugh had a couple of decent efforts saved before the break,  Longridge had a speculative lob just miss the target and Jamieson very nearly connected with a tempting low cross from Dochery at the other end, but  2-0 it was at half time.

Rovers kept up their tempo in the second half, largely through Jamieson, but it was Queen’s who made the chances.

50 minutes, and Longridge dispossessed McGowan, slipped the ball to McHugh in the clear, but the ball took a bobble as he aimed, and his shot went well wide.  Quitongo came close after Salim looked to have been fouled in box and the ball bounced clear.

Rovers had a wee spell of pressure and Salim, busy all night, raced back to Ecrepont as he looked threatening on the break.

Queen’s really needed a goal, and it came on the hour.  Michael Doyle fired a long ball up the park which the Rovers defence should have dealt with.  In nipped Longridge, but his shot was well parried by Stone, From the resulting corner hit by Connell, Salim glanced a header into the net, and that pretty much sealed the game

Both sides sent on more subs, Galt and MacLean adding their impact play to the mix, with the latter displaying a beautiful touch to chip his man in the 75th minute and run through, but his final ball went wide.

Queen’s kept the pressure up, Rovers kept their tempo up, but there were no more goals.

The score more reflected the share of play than the Brechin match; another shut out for the defence, solid all night with Doyle pushing up the park adding to the attacking threat, and three good goals, with Connell’s terrific effort being one for the archives.  Longridge continued his excellent form from Saturday, and Quitongo had a great first half.  McHugh was involved everywhere, and you could see the difference in Salim Kouider-Aissa after getting some game time after such a long spell out of action.

It continues to look good for Queen’s.  Stirling Albion, probably the other form team in the Division, visit our new home at the Falkirk Stadium on Saturday and the match is available on QPTV using your existing password.  Don’t miss it.