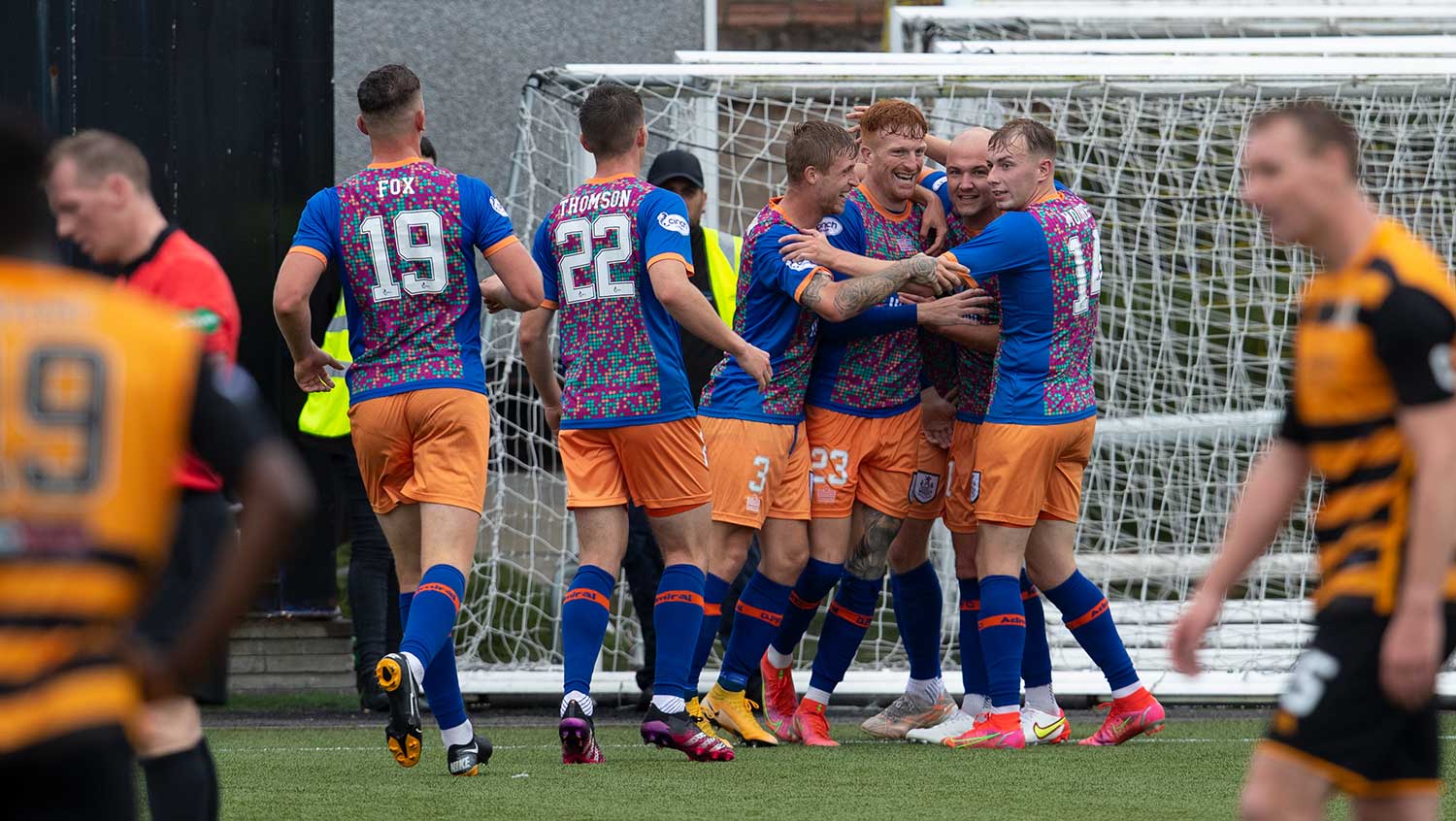 The points were shared at a rain-soaked Indodrill stadium as Alloa found an equaliser through Steven Boyd to cancel out Simon Murray’s opener despite Craig Howie seeing red for the hosts.

Queen’s manager Laurie Ellis named an unchanged XI from last week’s 3-0 win over Dumbarton meanwhile the hosts were looking to avenge their 2-1 away defeat to Clyde last time out, now under the watchful eye of Barry Ferguson after his success at Kelty Hearts.

Louis Longridge sent the first effort of the match whistling by the post before Boyd fired a volley from around 12 yards out straight into the arms of Willie Muir.

David Hutton was called into action minutes later as he had to get down sharply to stop Liam Brown’s low drive from the edge of the box.

The rain continued to pour onto the astro surface at the Indodrill throughout, making conditions a little treacherous for both sides and when a long ball was lofted over the top of the Queen’s defence, Muir nearly got himself in trouble as he collided with Conor Sammon outside the area with the referee opting for just a yellow card for the ‘keeper.

Alloa continued to occupy the backline with those searching balls for Sammon but the game soon turned in favour of the Spiders after the half hour mark.

Howie caught Longridge late whilst on a yellow with Chris Fordyce brandishing a second to send the hosts down to 10-men.

Much like against Cove Rangers earlier this month, Queen’s now had the majority of the match with the man advantage.

Despite Murray finding the net, only to be ruled offside, Alloa looked organised at the back even with the sending off and things remained goalless at the break.

After half-time – much like in that Cove game – it didn’t take long for that advantage to count as they found the lead on 56 minutes.

Michael Doyle’s cross from the right was missed by Hutton before Murray got his head to it to find the net for the opening goal.

Things didn’t look great for the hosts now as Queen’s started to really dominate the ball with set-pieces really Alloa’s only hope.

With around 20 minutes left, Longridge so nearly added some shine to the scoreline as he caught a volley perfectly which looped just over the bar before a poor back-pass should have allowed Murray in for his second but he got his touch all wrong before Hutton pounced, we can blame the rain for that one…

However, Queen’s were left to rue those opportunities as with 13 minutes to play the hosts made one of those set-pieces count. A late tackle by Doyle on the edge of the box saw Boyd step up and send his free-kick off the underside of the bar and in for 1-1.

From a corner, Murray was then inches away from restoring the lead as Charlie Fox knocked it down for the striker before his placed volley came back off the woodwork.

In the closing stages, Queen’s again pressed but couldn’t take full advantage as the points were shared.

A disappointing afternoon on the whole for Laurie Ellis who would have been expecting three points with his side in the lead against 10-men.

A tough trip awaits next week to the Falkirk stadium for Queen’s who now sit third in the table, two points off the top.