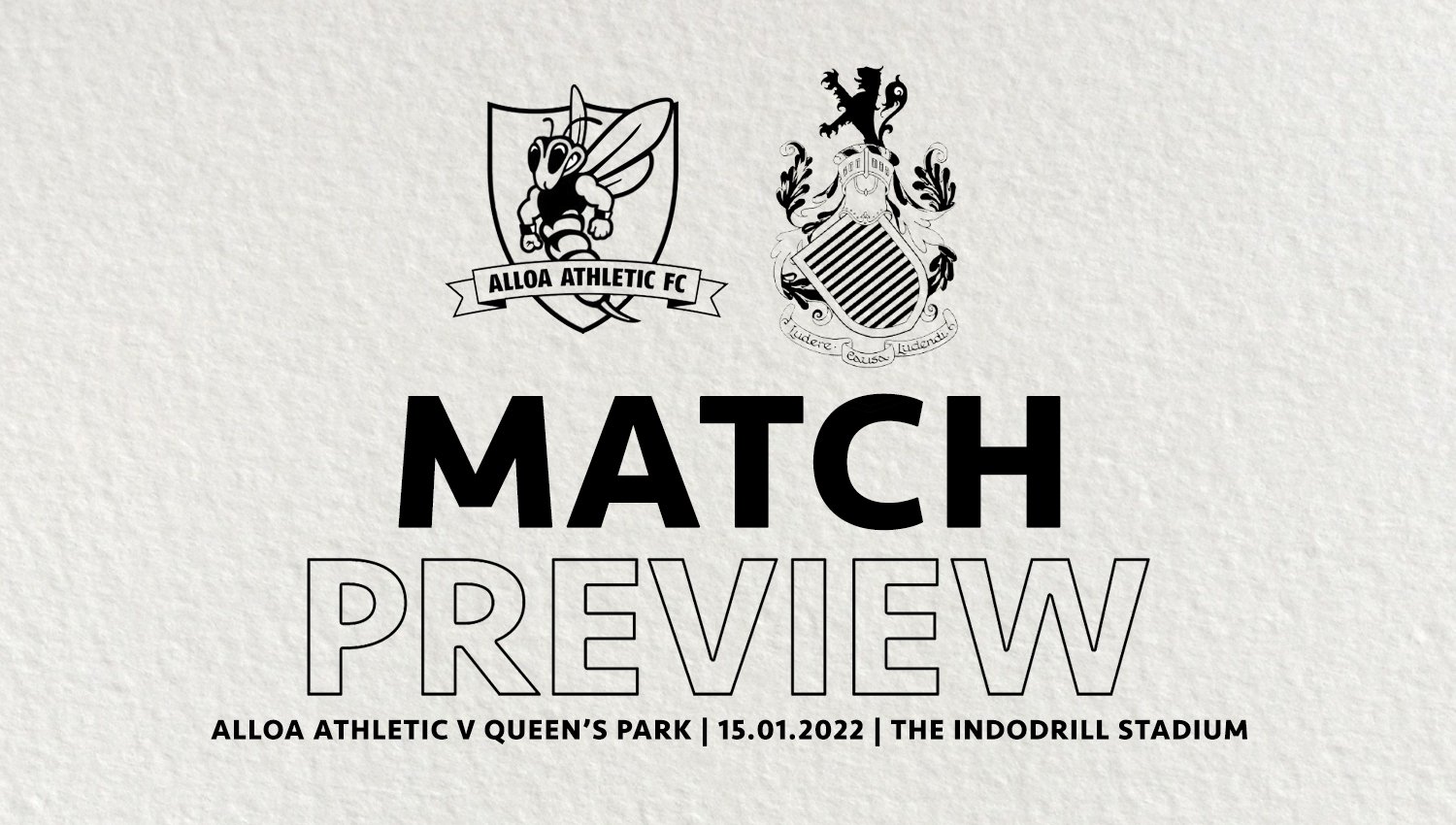 It’s a long awaited return to action for the Spiders on Saturday as we make the short trip to Clackmannanshire to take on Barry Ferguson’s Alloa Athletic at the Indodrill Stadium. With three out of the last four games having fallen victim to the pandemic or the weather, it’s safe to assume that everyone associated with the club will be looking forward to this one.

A lot has changed at the club over the two and a half weeks since our last game away to Airdrie. With Head Coach Laurie Ellis and his assistant Grant Murray having departed following that match, our Head of Youth, Gardner Spiers, and Peter Grant, stepped in to fill the immediate gap left by their departure. Recently appointed Director of Football, Marijn Beuker, assisted by John Potter and Glen Johnson, have now picked up the roles of overseeing first team operations whilst the search for a new manager continues. Most recently at Hibernian, John is an experienced and highly regarded coach who has come in to assist Marijn in the short term, allowing Gardner to fully focus on his role within the academy and Peter to participate fully in all training sessions as he edges his way back to full fitness after a long layoff.

Ahead of the game, Marijn gave his thoughts to the club media team: “First of all I would like to say that personally, I am very happy to be here. It took some time to get to this point but now that I am here, I am very keen to get to work. The initial emphasis is to get to know the players and staff as well as possible.”

“I currently have a dual role, given the situation the club is currently in. I have obviously come in as Director of Football where my role will be wide and varied, and whilst the search for a new manager is ongoing, the club has asked me to be the Caretaker Manager for now. It’s more or less a double role for me just now but it is perfect for me in terms of getting to know the whole football department. We have been able to bring John Potter in this week to assist with training in the short term and I feel John’s experience as a coach is important to have at this time.”

“We have used the last 10 days to begin to implement a philosophy, a game module I would call it, and I must say, the players and staff group have really bought into that. We have a real stable group who are focussed on achieving goals that we can be proud. We want to create an identity and to be an attractive team to watch when we play. We are very positive that in the long term this can lead to success.”

Turning his thoughts to the Alloa game Marijn commented: “The guys are really looking forward to returning to action having had so little game time over the last four or five weeks, they are excited at the prospect of experiencing that match day feeling again. More importantly though, I think the players will also be looking forward to the game and the opportunity to put into practice, what we have been working very hard on as a group recently.”

“Since the start of the new year, as a group, we have been working intensely on a certain way of playing and on a togetherness in the team identity. We played two matches against Hibernian where we made a very good impression with how the team played against strong Premiership opposition. The mentality so far has been very good, however that is nothing in comparison to where we want it to be. Tomorrow’s game will be a great opportunity for us to try and get a good result, while demonstrating how we want to play. The game is an opportunity for the players to show what they are capable of and it’s a game that we are all enthusiastic about, including myself, as I have not experienced match day in so many weeks.”

“We know that previous games against Alloa this season have been close, but for us, the first half of the season is finished. That is a closed book and we are only focussing on what lies ahead, and our own style of play. We know it will be a difficult game but we know that to make an impact in this league, we have to make an impact in every game and the next step for us is this game.”

On the squad front Marijn commented: “The good news is that everyone is now back from COVID related illness and we don’t have any issues in that regard. Peter Grant and Jai Quitongo continue to edge closer to full returns with both being back out on the pitch full days for the entire week this week, which is very good news. They are both still in the process of building up to playing 90 minutes and that will take some time, but we will utilise matches like our upcoming Glasgow Cup tie against Partick Thistle on Tuesday afternoon, to help them both. We still have some minor injuries to contend with which may require late decisions to be made. We will however be without Simon Murray, Wullie Muir and Darren Lyon for the game.”

Match tickets: A small number of tickets remain on sale online to Queen’s Park supporters and these can be purchased HERE.

Live stream: The home side will be providing a live stream of the match through Wasp TV and priced at £18. You can buy this HERE.

Match programme: A digital match programme is available via the Alloa Athletic website. You can read it HERE.

QPTV: Post match reaction will be available shortly after the full time interview with match highlights available at 9am on Sunday via club social media channels.