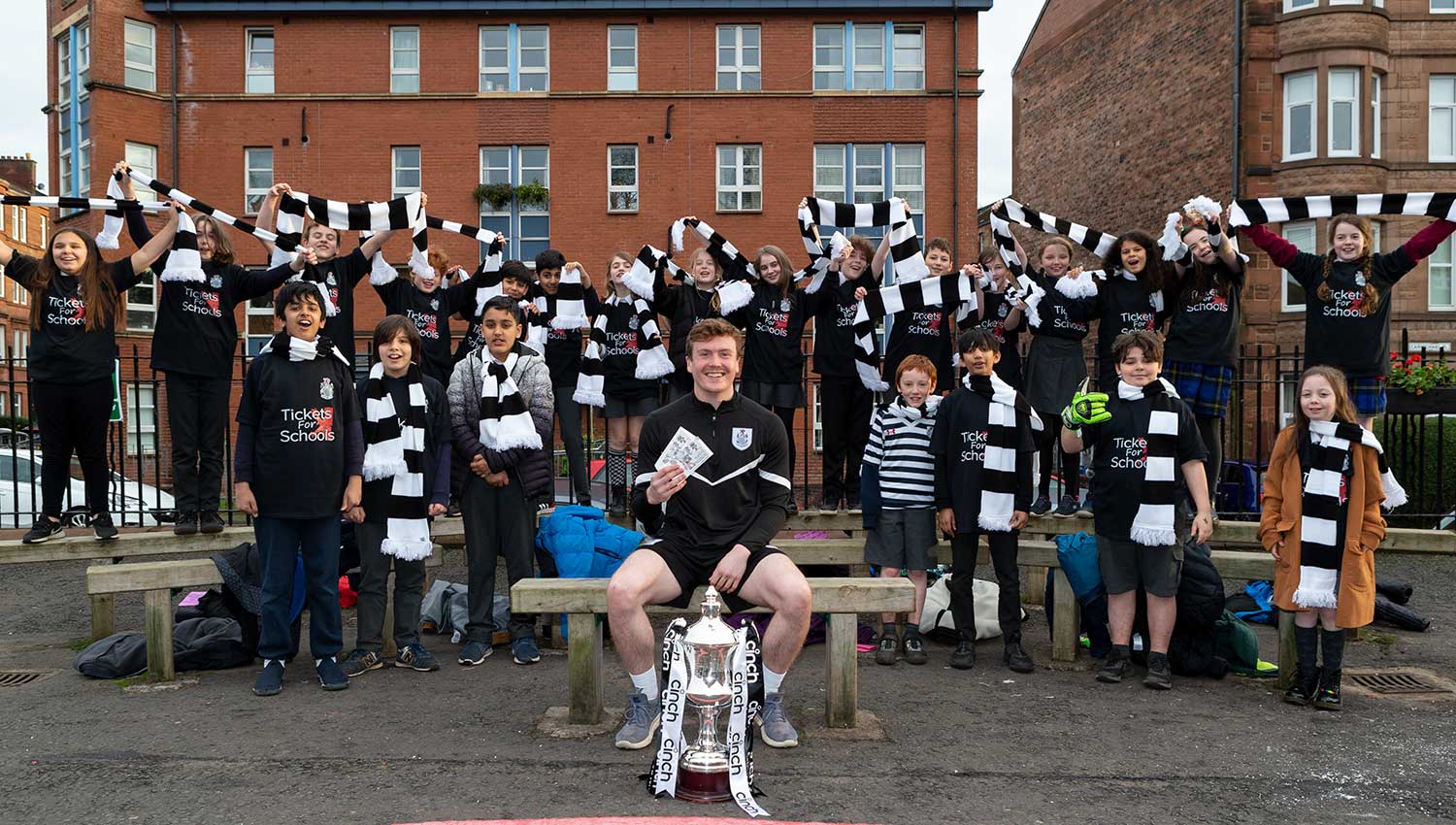 Battlefield Primary next up in Tickets for Schools initiative

Battlefield Primary School are the latest participant in our 'Tickets for Schools' initiative. Yesterday Calum Ferrie visited the school to hand out tickets, tee-shirts and scarves to pupils coming along to our cinch League 1 game against Falkirk at Firhill on Saturday.

Calum then took part in a question and answer session with the pupils who asked questions such as what it was like to be a professional footballer and what was his favourite team.

Calum surprised the pupils by saying if he hadn’t been a professional footballer he might have become an astrophysicist. He finished off the session by encouraging the pupils to follow their dreams but also to work hard in their studies.

Head of Commercial Kieran Koszary said: “Today it was a pleasure to meet the pupils of Battlefield Primary and see how excited they were about attending the match on Saturday. We hope they have a great day being part of the Queen’s Park Family.”

Principal Teacher Jade Foster said: “It has been great to work with the staff at Queen’s Park FC. Allowing the pupils to have this opportunity is excellent and a great initiative to get young people involved in football. The pupils and staff who will be attending the game are really excited to support the team and were delighted to meet the Goalkeeper yesterday. Queen’s Park FC have kindly given the pupils scarves and t-shirts which they will proudly wear at the game tomorrow. We are happy to be part of this initiative which will hopefully encourage our own pupils to have big aspirations and keep fit and healthy!”

Club Secretary Graeme Shields, who was a pupil at the Battlefield Primary, accompanied Kieran and Calum on the visit. Graeme said: “It was great to return to my old primary school. When I was there, I never got the opportunity to go with my classmates to a football match. I would have loved and cherished that experience. Delighted that Queen’s Park can bring the joy of football to my old school. ”

As with previous Tickets for Schools, we will be providing a free bus to get the youngsters to the game.

The club would like to thank Andy and his team at McDades coaches for ongoing support with this initiative.

Some Pictures From Calum's Visit To Battlefield Primary School