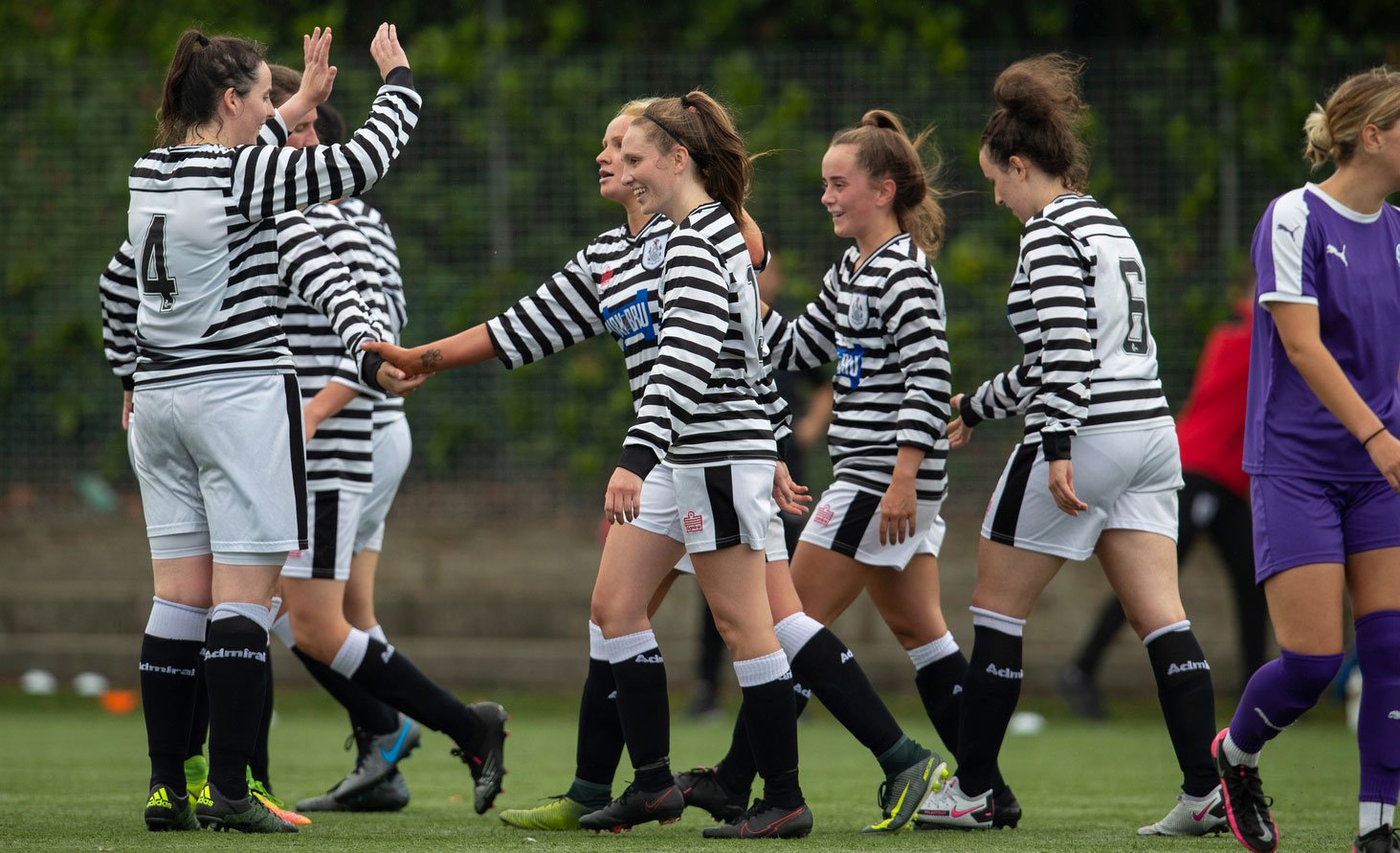 Queen’s Park picked up their first win under Barry Rodgers on Sunday, as they came back from Edinburgh with all three points after a convincing 3–0 win against Boroughmuir Thistle in the SWPL Cup.

Following a goalless and fairly even first half, a Courtney Whyte brace and a strike from Holly McIndoe sealed the win for the Spiders, who now sit in third place in Group A with three points, behind SWPL 1 sides Rangers and Aberdeen.

Barry Rodgers made three changes to the side that faced Aberdeen last weekend, with Frances Hopgood, Rachael Caddell, and club captain Jayne Cameron coming into the starting line-up in place of Hannah Fulton, Truly Pollard and Holly McIndoe.

Both teams started the game with intent, creating chances inside the first five minutes. The Spiders started well, moving the ball forward at every opportunity, and had a shot on target in the very first minute. The hosts looked to respond immediately, though, and Beth MacLeod played in a great ball to Elvie McLean, but the Queen’s Park defence managed to clear the danger.

The rest of the first half was a frantic affair, both teams defending well and continuing to push forward at every opportunity. Queen’s Park goalkeeper Rachael Caddell had to make a couple of saves, and the best one probably came right before half time, when she came out of the box to deny Shannon Todd.

Barry Rodgers made one change at half time, with Holly McIndoe replacing Demi Potts. Just like in the first half, the Spiders started the second half on the front foot, and they finally got their reward in the 53rd minute, when Courtney Whyte found the back of the net from close range – the first Queen’s Park goal of the 2021/22 season, and Whyte’s first for the club.

Just ten minutes later, it was 2–0. The hosts were unable to deal with a speculative effort from long range and the ball landed at the feet of substitute Holly McIndoe, who fired it into the bottom right-hand corner of the Boroughmuir goal. This was McIndoe’s first goal of the season as well as her first for Queen’s Park.

Whyte then made it three a couple of minutes later, when she struck into the bottom corner from about twenty yards out for her second of the game. Rodgers made another change in the 74th minute, with Hannah Fulton coming on to replace Abbie McDonald.

Boroughmuir continued to push and did create a couple of half-chances, but the Queen’s Park defence was able to deal with them, and Caddell pulled off a couple of good saves late in the half to ensure the clean sheet. Rodgers made two more substitution in the 82nd minute, as Ho Wan Tung came off and was replaced by Emma Donnelly, who made her first appearance for the Spiders, and Emily Shearer was replaced by Samantha Davies.

Queen’s Park are back in action on Sunday, 29th August against Motherwell.