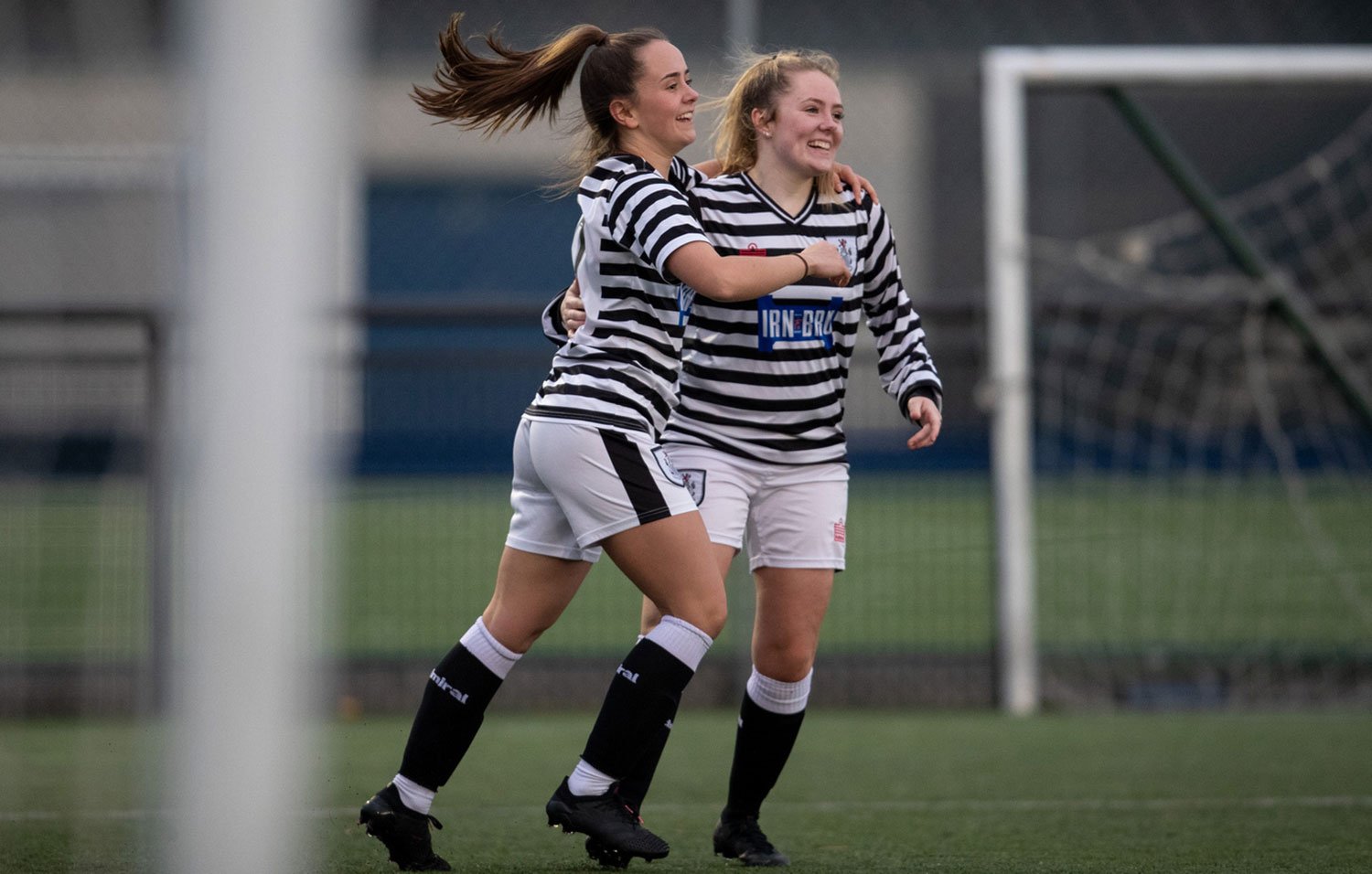 It was another point on the road for Barry Rodgers’ side as Queen’s Park drew 1–1 with  Boroughmuir Thistle in the Park’s Motor Group SWPL 2 to take their points total up to three for the season. The home side were first to find the back of the net through Courtney McAvoy in the 36th minute, before Abbi McDonald drew level for Queen’s Park a few minutes into the second half.

Rodgers made three changes to the side that faced Glasgow Women two weeks ago. Abbi McDonald, Holly McIndoe, and Hannah Fulton all made their return to the starting lineup, while both Demi Potts and Kinga Koronkiewicz were named to the bench.

It was the hosts who were first to find the back of the net through Courtney McAvoy, in what was a scrappy and close-fought affair. The Spiders were faced with a difficult task in the second half, but Abbi McDonald was able to find an equaliser just six minutes after the restart, scoring her second goal of the 2021/22 SWPL 2 campaign.

Goalscorer McDonald said in the post-match interview that it was “quite a scrappy and physical” game, with “not much quality” on display from either side.  “I think in the end it was probably a fair result.”

Barry Rodgers said, “I think if we kind of go from half-time, then we’re more happy that we’ve scored in the second half, equalised after conceding. The way the players fought back in the second half and applied the game plan was good, and I think even then we maybe had one or two other chances to score and some decisions go against us.”

“I don’t think we were at our best in the first half, I think we maybe played into Boroughmuir’s hands a wee bit and allowed them to get into any areas they wanted to, which is probably how their goal came as well. But we still created some chances in the first half, and defended reasonably well for the most of it.”

“So Boroughmuir did well and punished us for our mistake, but I think we could probably say that we deserved to get three points, so we just need to make sure that we’re not giving teams opportunities like this. This is something we’ll keep implementing and working on afterwards.”

“I know coming away it’s not a bad point, like I said before the game it’s a difficult place to go, so we move on to next week, the last game of the year – again, full focus and attention on trying to be the best we can.”

Queen’s Park are back in action next Sunday, 19th December against St Johnstone, for the last match before the break.

“I think it’s a game that we will obviously be looking to win,” said Abbi McDonald. St Johnstone are a good side and they’ve just appointed a new manager, so I know they’ll want to impress him, but at the same time we want to get our first three points on the board, so it’s gonna be a good contested game.”