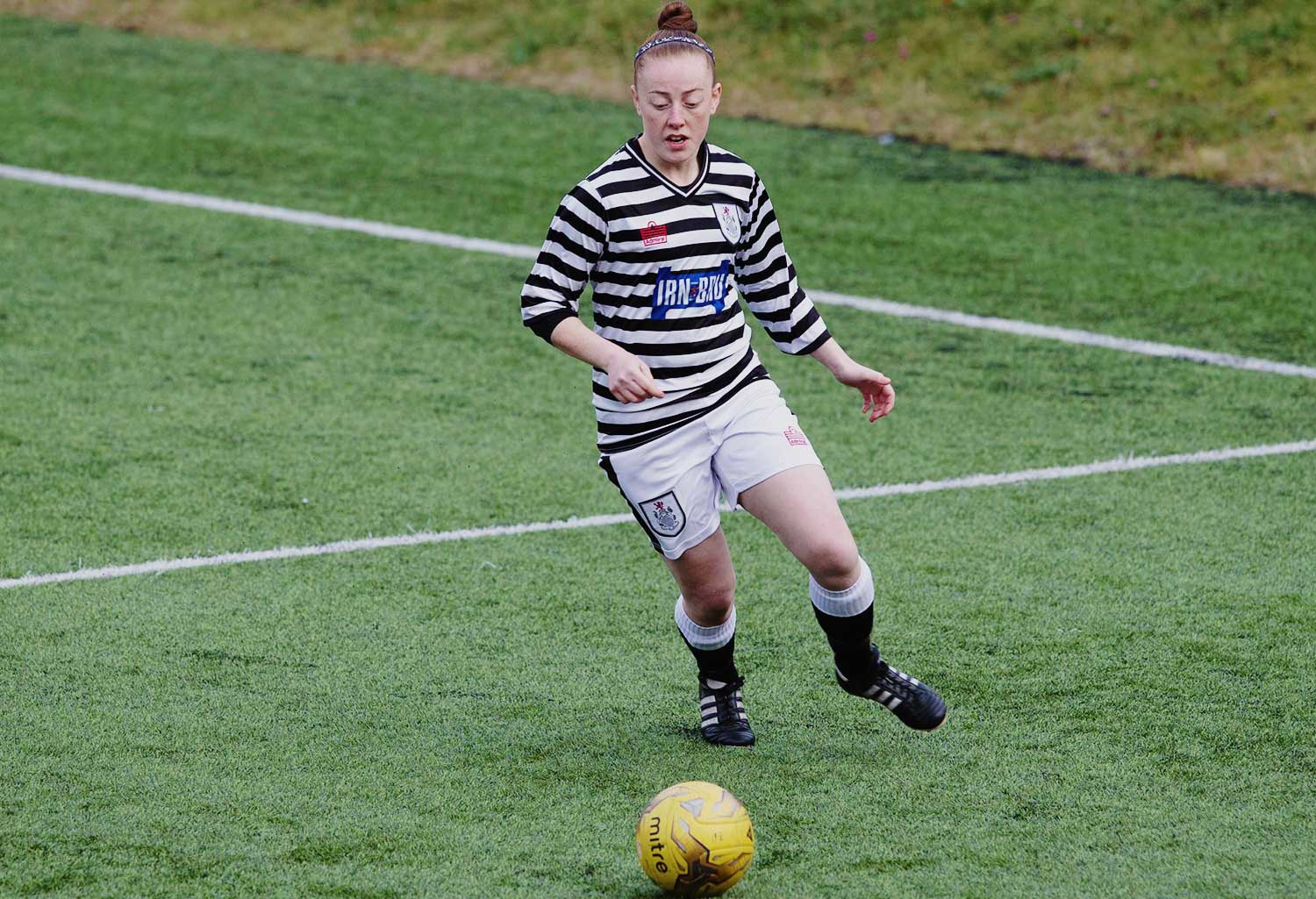 Queen’s Park secured their second victory of the 2020–21 Scottish Building Society SWPL 2 season with a hard-earned 3–1 midweek win at the Meggetland Sports Complex in Edinburgh, thanks to goals by Mhairi Crooks, Mhairi Fyfe and Sophie McGoldrick.

Head Coach Mark Kirk made one change to the starting eleven from last Sunday’s trip to Aberdeen, with striker Samantha McManus replacing Sophie McGoldrick. Queen’s Park started the first half brightly and controlled most of the first fifteen minutes. Mhairi Crooks earned the first corner of the game with seven minutes on the clock, and she was once again the centre of attention a few minutes later when she was set up by Emily Shearer, but the in-form striker somehow failed to hit the target and her attempt narrowly missed the post.

The first real chance for Boroughmuir Thistle came in the 15th minute, when the Queen’s Park defence was caught out by the quick-thinking of the home side and a quickly-taken free-kick resulted in a Helen Templeton goal. Having fallen behind, the Spiders looked to respond quickly. Chloe Docherty saw her attempt go wide of the post after a perfect back-post run, much to the dismay of the coaching staff, and Helen Mcleod saw her header blocked in the 38th minute. Queen’s Park made some more desperate attempts to find the equaliser, but it just seemed like Lady Luck was not on their side, at least in the first half. The final chance of the half fell to Crooks in stoppage time, but once again her attempt went narrowly wide.

In his half-time team talk, Head Coach Mark Kirk offered some words of encouragement and motivation, and the players returned to the pitch with more confidence and hunger. It took them less than ten minutes to find the equaliser: Louisa Boyes found herself free in the box and her shot was parried by the goalkeeper straight into Crooks’ path for a simple tap-in finish.

The second half saw Queen’s Park attack with more intent, and the Spiders did not allow the home side to get any kind of hold on the game. Mhairi Fyfe scored Queen Park’s second – and her first goal of the season – in the 78th minute, with a calm and composed finish. This time, Crooks was the provider.

A change of shape and personnel highlighted the coaching staff’s desire to see the game off and return to Glasgow with all three points. Substitutions were made as Chloe Docherty, Samantha McManus, Mhairi Fyfe and Mhairi Crooks all came off for some fresh legs in the shape of Demi Potts, Sophie McGoldrick, Kirsty MacDonald and Samantha Davies.

The pace of Potts and McGoldrick immediately started to worry the Boroughmuir defence. After a couple of missed opportunities, a chance fell to McGoldrick in the 85th minute and this time she made no mistake, leaving the Boroughmuir goalkeeper with no chance. A late second-half substitution saw the tireless Emily Shearer come off for Holli Coleman. This incredible comeback took Queen’s Park to 6th in the table, with six points after four matches.

Queen’s Park are back in action on Sunday, 8th November, when they face Dundee United at home in the SWPL 2.