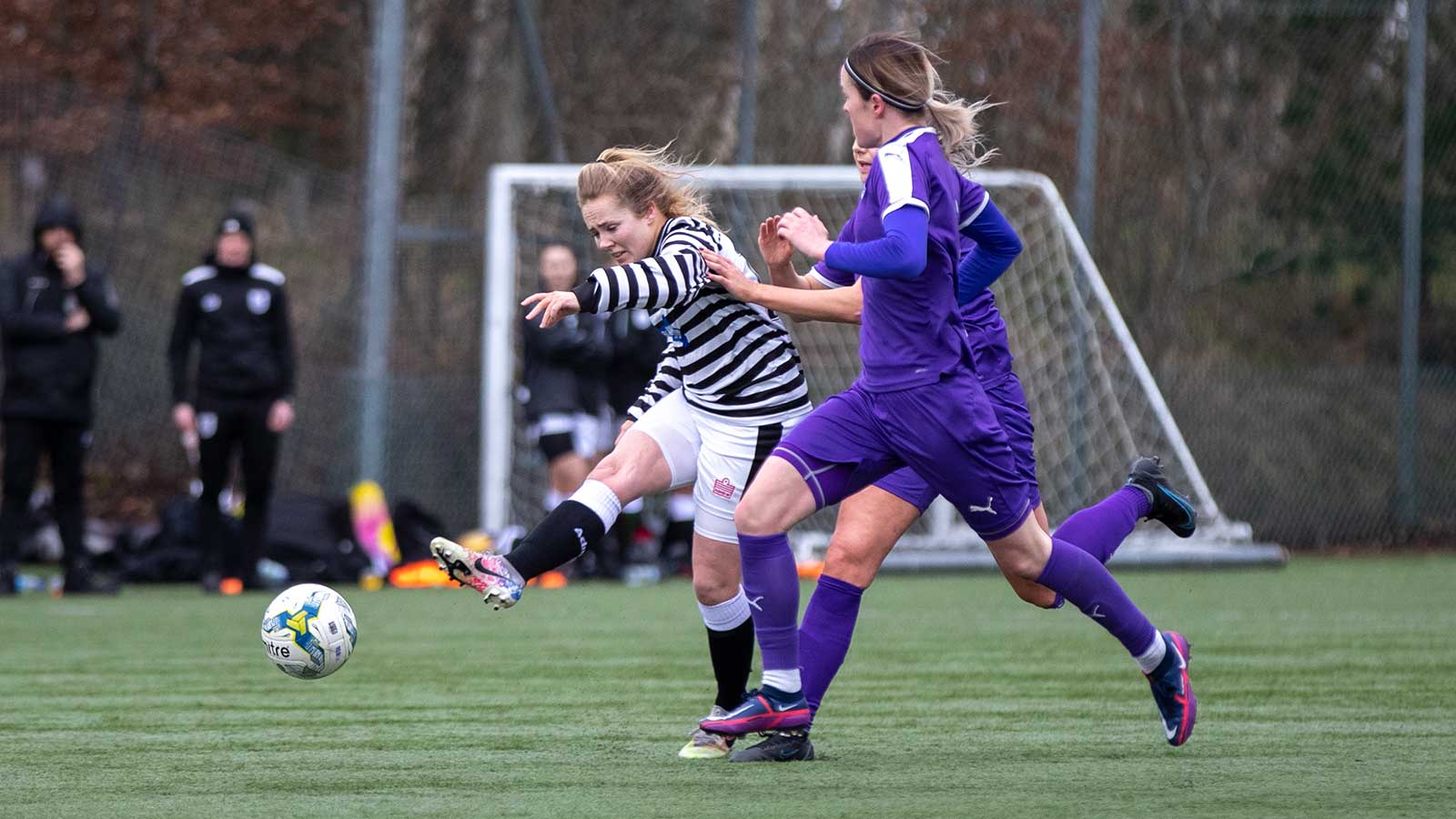 Two goals, in each half, for Boroughmuir were enough to win the game for the Edinburgh side yesterday at Meggetland.

Queen’s travelled along the M8 to play Boroughmuir Thistle in their second SWPL2 game of 2022 and their first competitive match in three weeks.

Coach Barry Rodgers made two changes from the side that started against Stirling University in January. Sloey, Potts being replaced by Fulton and Eve Payne who was making her debut.

The last time the two sides met, in December, the score was 1-1.

Boroughmuir started the game brightly winning a corner and a free kick in the opening minutes. From the free kick Sarah Rhind pulled off a fine save diving to her right to push the ball away from danger.

Queen’s began to fight their way back into the game. Abby Callaghan was winning the ball in midfield and switching the ball wide to Rachel Connor and Nicole Cairney, who had the beating of the Boroughmuir full backs.

In the 12th minute Boroughmuir opened the scoring when Samantha Duncan hit a spectacular shot from 20 yards out, wide left of centre, which flew into the far corner of the net.

Two minutes later Queen’s hit the bar. From a free kick wide left, Abby Callaghan fired the ball onto the bar before it was cleared by the Thistle defence.

Queen’s were now beginning to find their form, control the ball find space down the wings.

In the sixteenth minute Rachel Connor raced onto a through ball before cutting inside and firing a low ball across the Boroughmuir’s six-yard box only to see the keeper being first to react to the cross.

In the 28th minute Boroughmuir added a second. From a throw in on the left, Brogan Anderson dribbled to the bye line before cutting the ball into the Queen’s six yard box for an unmarked Maria Novou Torrente to smash the ball home.

In the 35th minute Abby Callaghan had a shot from 25 yards out, but the ball flew past the post.

For the rest of the half Boroughmur dominated the game, leaving Queen’s defending more and more.

Three minutes into the second half and Boroughmuir went three up. From an attack down the left, Samantha Duncan hammered the ball past an advancing Sarah Rhind into the far corner of the net.

Six minutes later Samantha Duncan added her third and Boroughmuir’s fourth goal of the game. Samantha ran onto a ball played over the Queen’s defence and knocked the ball past Sarah Rhind.

Queen’s made a double substitution in the 63rd minute replacing Holly McIndoe and Abbi McDonald with Summer Christie and trialist.

Gill’s time on the park was cut short as in the 81st minute she was sent off for bringing a Boroughmuir player down.

The game continued with Boroughmuir in charge.