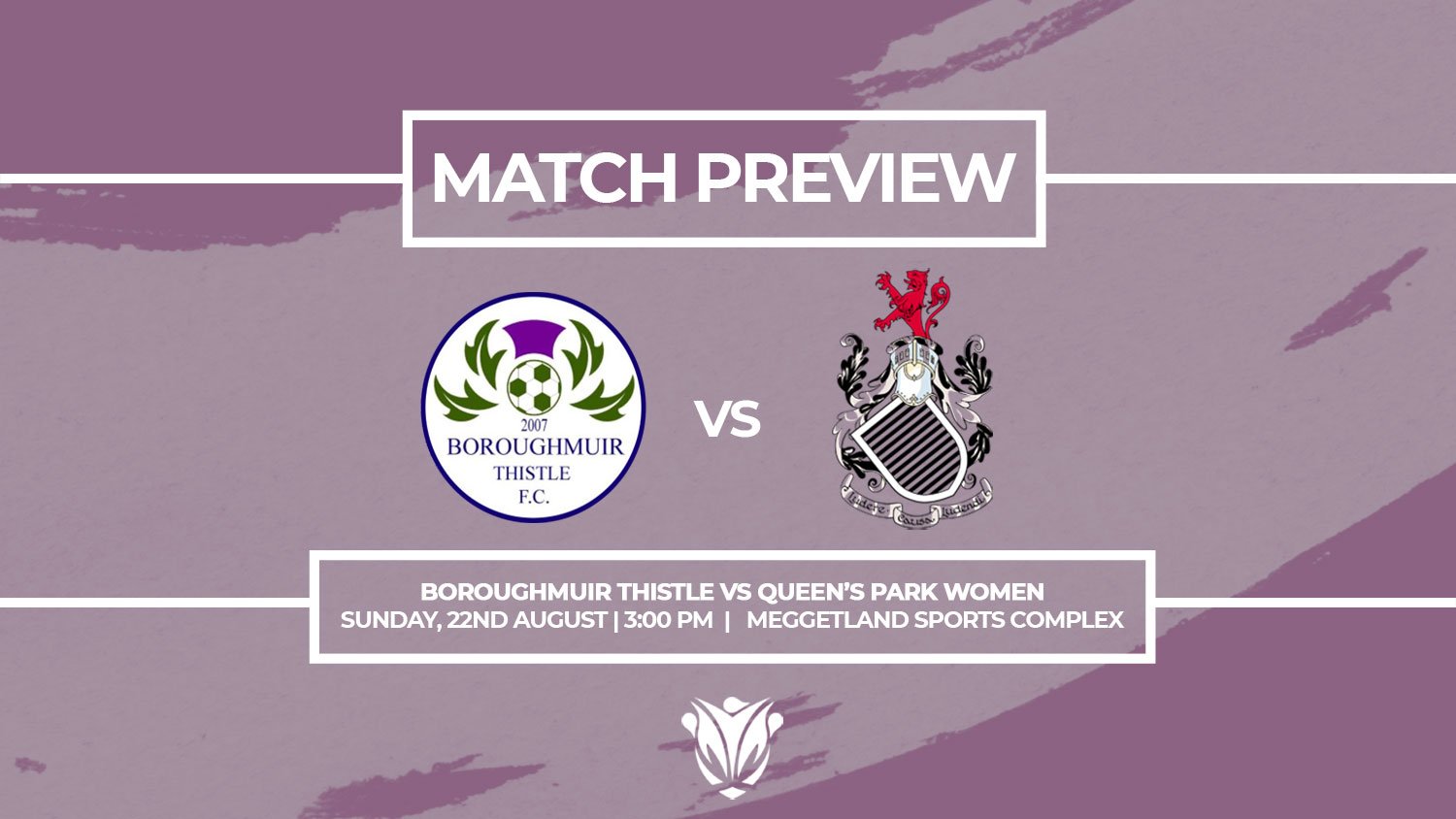 Queen’s Park Women are back in action this Sunday as they face fellow SWPL 2 side Boroughmuir Thistle in the SWPL Cup. The match kicks-off at 3:00 PM at the Meggetland Sports Complex in Edinburgh.

Last season (2020/21), Boroughmuir Thistle finished in eight place in the SWPL 2, with 4 wins, 3 draws and 11 losses, scoring 24 goals and conceding 44. This summer, they have signed Shannon Todd from Partick Thistle and promoted several players from their U19s squad to the first team. They started the 2021/22 season with a narrow 2–1 loss to Aberdeen on 8th August (Brogan Anderson the goalscorer).

Queen’s Park last faced Boroughmuir Thistle at home on Wednesday, 16th June 2021 in the SWPL 2. Maria Novou Torrente scored a brace and Anna Murray also found the back of the net in the 83rd minute as the visitors ran out 3–0 winners in Glasgow. The Spiders had previously won, 3–1, against the Edinburgh side back in November 2020, thanks to goals by Mhairi Crooks, Mhairi Fyfe and Sophie McGoldrick.

“We know that it’s going to be a challenging match, and Boroughmuir is always a difficult game,” said Head Coach Barry Rodgers. “They’re a good team and they defend well, they’re aggressive and they have got some good players, so we know that we’re in for a competitive game”.

He added: “We’ve been working really hard, the players have been doing really well on the training pitch. The new players are settling in well, so we are starting to see the real positives within the team. Sunday will be another opportunity to take that to a game, to try and implement our style and take something positive from it. It’s a good test and we’re looking forward to it”.