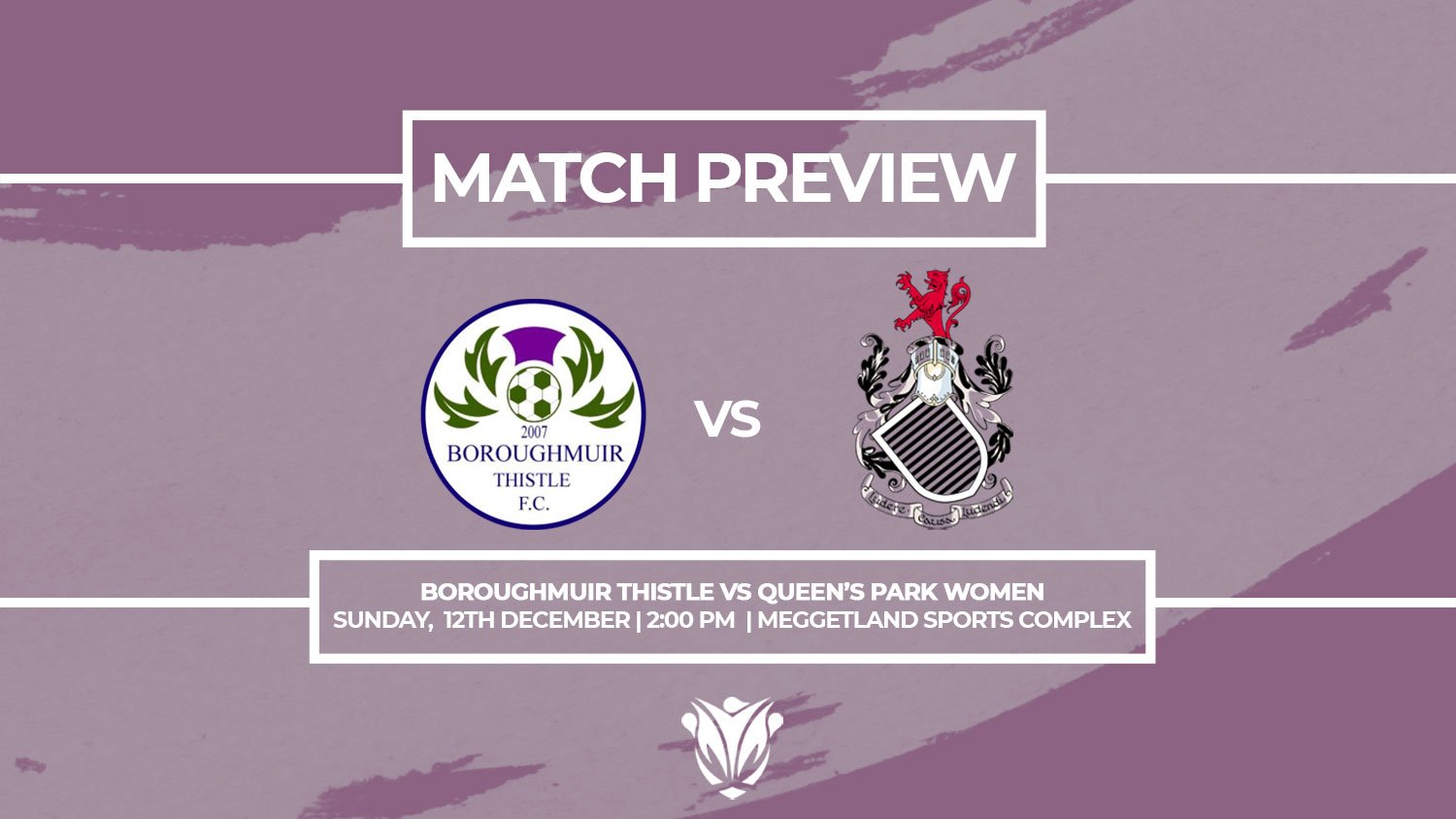 Queen’s Park are back in SWPL 2 action this Sunday when they take on Boroughmuir Thistle at the Meggetland Sports Complex in Edinburgh. The match kicks-off at 2:00 PM. Tickets are £5 for adults, while children under the age of 16 go free. Tickets can be purchased at Meggetland via contactless payment only.

Queen’s Park have signed Hamilton Academical goalkeeper Sarah Rhind on loan until the end of the 2021/22 season. Rhind was part of the Accies side that finished in second place and won promotion to the SWPL 1 last season.

This Sunday, Glasgow Women host St Johnstone at Glasgow Green, while Kilmarnock travel north to face Dundee United at the Regional Performance Centre in Dundee. A list of the full fixtures can be found here.

Boroughmuir sit in fourth place in the SWPL 2, with 12 points from eight matches – four wins and four losses. Their last SWPL 2 match was on 21st November, and the Edinburgh side won 3–2 over St Johnstone at the Riverside Stadium in Perth. Anna Murray, Ria McCafferty, and Samatha Duncan all scored for the visitors.

“We’re looking forward to travelling to Edinburgh,” said Barry Rodgers. “The first part of the season is coming to a close now, so we’re preparing to finish as strong as we can. The players have worked really hard over the past couple of weeks – it was good having a break, but we managed to get a friendly game in as well and continued to develop our playing style.”

“We are starting to see things come together, the players are really working together. Over the past month we’ve added a couple of new ones as well – those players have really started to settle in, and the players that have been here previously have kept pushing on. We’re happy where we’re at.”

“We know it’s never easy to go to Edinburgh and play Boroughmuir,” he added. “They’re a really aggressive side, they’ve got good quality, and I think they have added one or two players as well, so they don’t really give much away. It’s their home game, so we know it’ll be a challenge, and we really need to apply ourselves and play the maximum that we know we can. If we do, we believe we should get something positive from the game.”