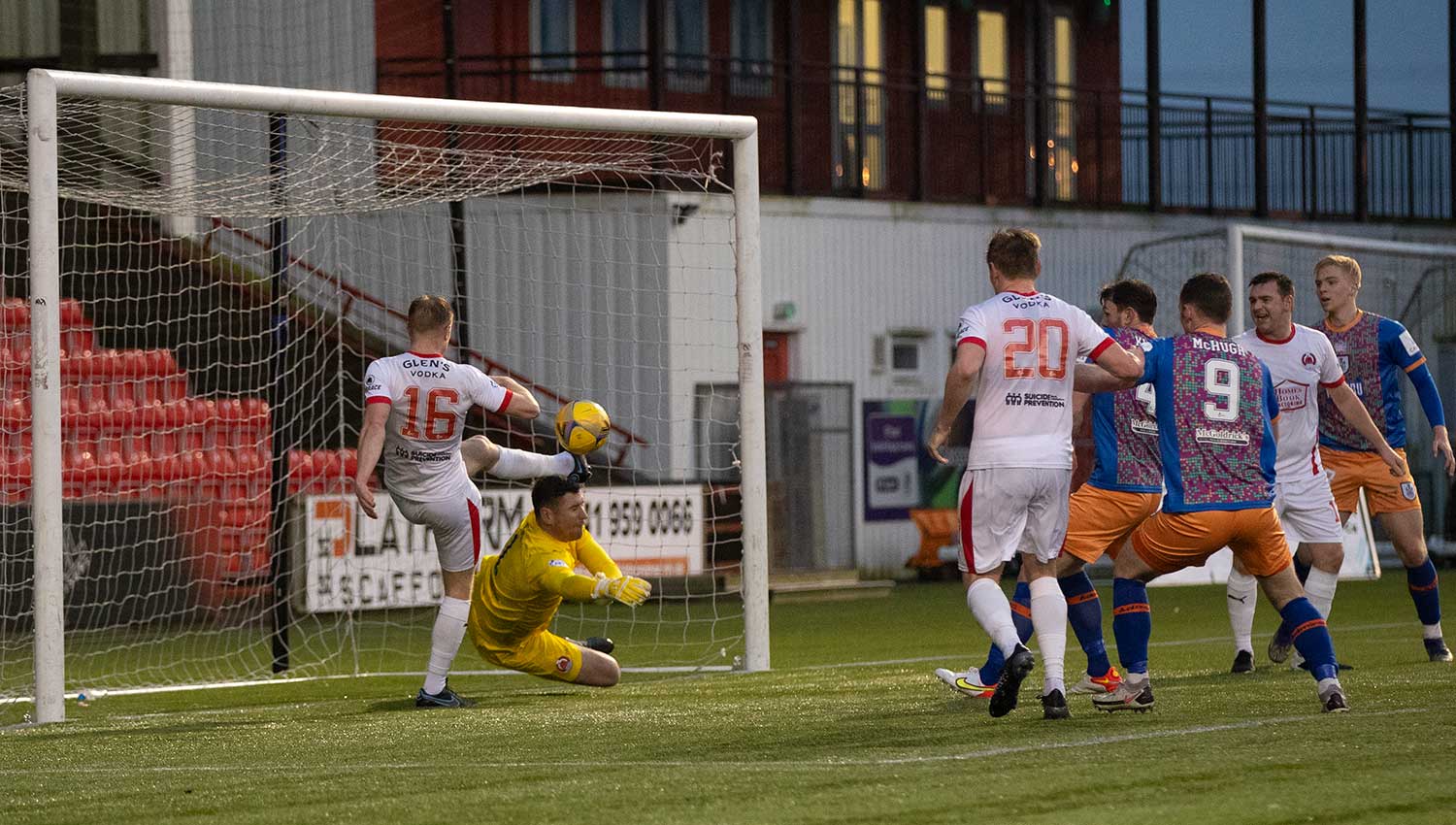 Queen’s Park shared the points with Clyde at the Broadwood Stadium with the Spiders going home frustrated they did not take advantage of their control of the game.

Queen’s made no changes to last week’s draw with Alloa as Director of Football Marijn Beuker was again in the dugout as caretaker manager.

Clyde manager Danny Lennon made one change to his team who drew at Peterhead last week with forward Owen Andrew coming out of the team to be replaced by Gregory Tade.

The first real chance of the game fell to Queen’s Park in the 11th minute, however Luca Connell’s free kick from 30 yards went high over the bar.

The Spiders were playing on the front foot and in the 18th minute nearly took the lead after a good passing move. The ball fell to Charlie Fox but his low shot from 25 yards was comfortably saved by goalkeeper Neil Parry.

While Queen’s Park enjoyed most of the possession, both sides struggled to create clear goalscoring opportunities.

The last real chance of the 1st half fell to Queen’s Park when a corner by Connell was met by Fox but his header was blocked by a Clyde player and the ball was eventually cleared.

The Spiders could have taken the lead in the 46th minute. Thomas Robson cut in from the left-hand side and his right footed pass found Luis Longstaff, but his shot had no power, and was comfortably saved by Parry.

Queen’s again had all the possession and in the 56th minute had another chance after a good passing move on the left-hand side was picked up by Connell, but his powerful drive went wide of the post.

In the 64th minute, Queen’s Park took a deserved lead when a good corner by Connell was met by captain Michael Doyle whose header appeared initially to be saved by keeper Parry however the ball squirmed over the line to put the Spiders in front.

Queen’s would be happy that their patient possession paid off, but six minutes later Clyde were awarded a penalty when David Goodwillie managed to find a way past a couple of Queen’s Park defenders.

There appeared to be little contact as Charlie Fox closed in, however referee Graham Grainger pointed to the spot. Goodwillie stepped up to take the penalty and he slotted the ball into Ferrie’s left hand bottom corner in the 60th minute.

Queen’s Park would have to reset and go again but throughout the middle of the second half they struggled again to create chances while having most of the possession.

In the later stages, the game opened up with Queen’s pushing for a winner. Charlie Fox headed wide from a Connell free kick and David Goodwillie fired just wide for Clyde following at run across the edge of the box. Queen’s again went close in the 89th minute when substitute Jai Quitongo’s great strength led to him winning the ball in the opposition box and his cutback pass fell to Connell whose shot was saved by Parry’s foot.

The subsequent corner was taken by Connell in the 90th minute and his delivery fell to Fox however his powerful header went wide of the post.

Ferrie in the Queen’s goal made a comfortable save from a header following a Clyde free kick in what was the last action of the match.

The Spiders next match will be at home against Airdrie next Saturday.