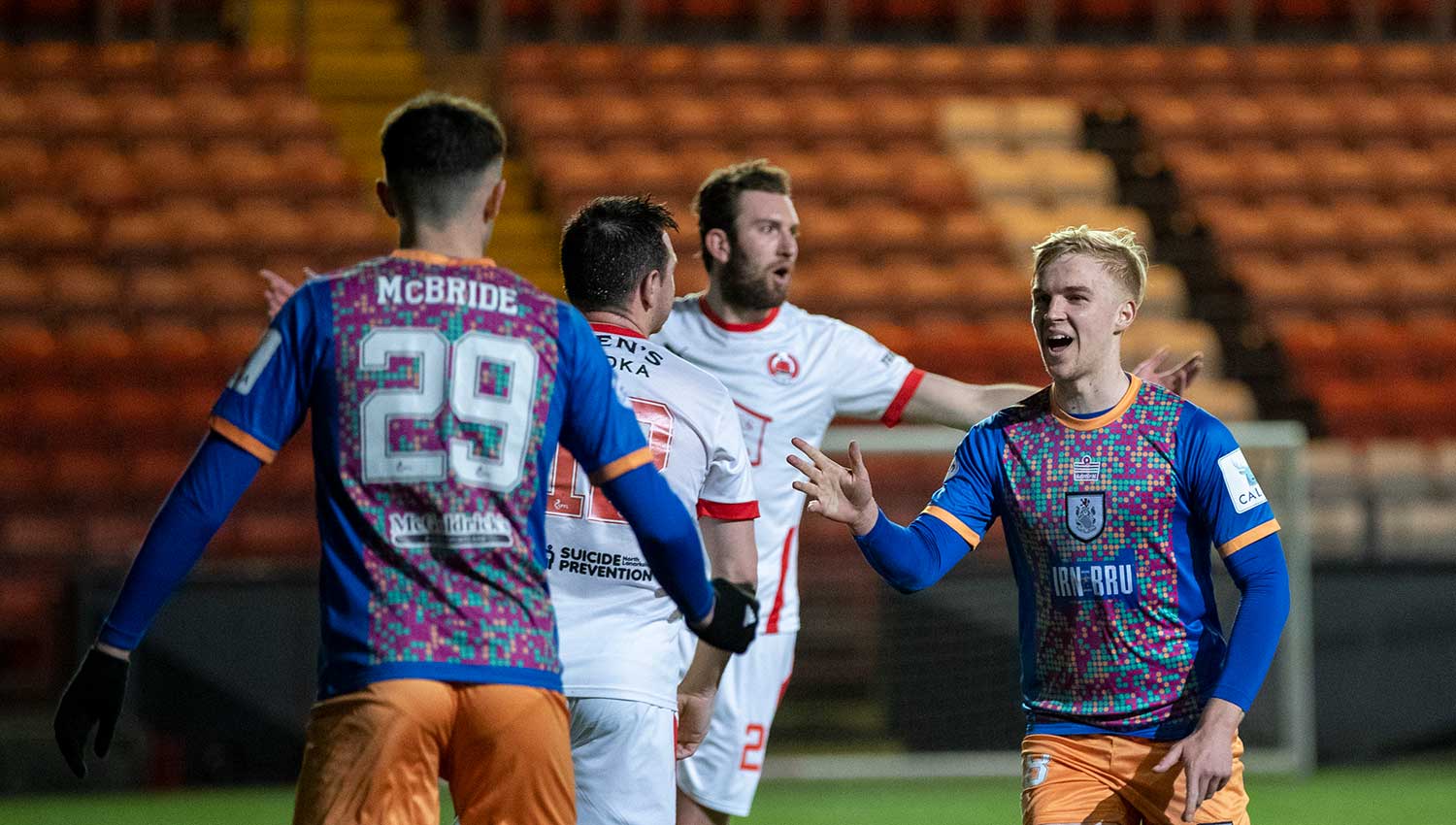 This was a young Queen’s squad with no fewer than eight academy and two loaned out players in the squad.

Queen’s started the game with determination. They played a high pressing and pressurised game. The wide Broadwood pitch suited the pass and moving Queen’s players.

In the fourth minute, after excellent inter-passing by Cammy Bruce, Calum Biggar and Ronan Darcy, Ronan had a shot from 18 yards out which was blocked for a corner. From the corner Ronan had another shot blocked.

Queen’s continued to dominate possession and were playing some lovely football through the Clyde midfield.

In the eleventh minute, Clyde broke up the park, and had their first shot on goal, which was effectively dealt with by Jacques Heraghty.

In the 28th minute Queen’s opened the scoring. Great play by Alex Bannon who played in Ronan Darcy. Ronan raced to almost the bye line before cutting the ball back to Luis Longstaff, who slide the ball into the far corner of the net.

In the 43rd minute Alex Bannon let fly a superb shot from the edge of the box, only to be denied by the Clyde keeper.

Queen’s continued where they left off in the first half, dominating possession and moving the ball about very fast and very effectively.

Clyde had the first chance of the second half, hitting the bar in the 56th minute.

A minute later Queen’s had a chance. Darren Lyon won the ball back before playing Scott Williamson in. Scott in turn moved the ball to Calum Biggar, who’s shot narrowly sailed over the bar. A great turn around and shot.

In the 67th minute Queen’s doubled their lead. A run by Luis Longstaff down the right who then played the ball into Connor McBride. Connor beat two defenders before smashing the ball home from eight yards out.

In the 75th minute Queen’s made a double substitution, replacing Luis Longstaff and Zach Mauchin with Alex Fairlie and Kane Thomson.

Two minutes later a superb break down the left by Scott Williamson who cut the ball back to an onrushing Liam Mcleish. Liam stepped up smashed the ball over the bar.

Six minutes later Liam made amends with a screamer of a goal. Kane Thomson, wide left, played a ball into Liam who, from 18 yards out, unleashed an unstoppable shot across the keeper, into the far corner of the net.

One minute from full time Clyde were awarded a penalty which they converted.

This means that Queen’s have finished second in the Glasgow Cup league and will now play either Clyde or Partick Thistle in the semi-final in April.

The City of Glasgow Cup - Table

The City of Glasgow Cup - Fixtures