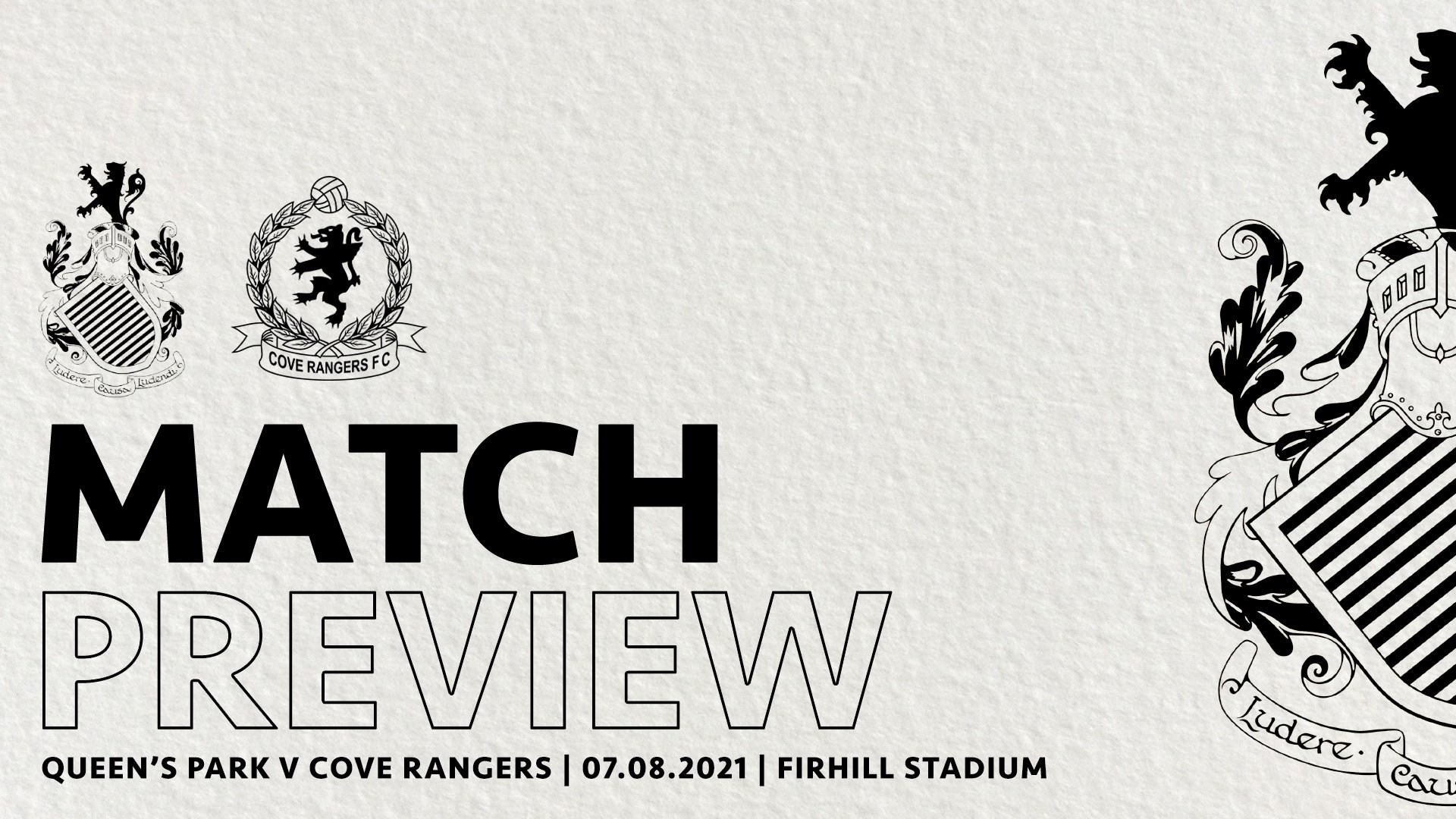 It’s flag day at Firhill on Saturday as Paul Hartley’s Cove Rangers side make the journey south to provide the opposition for our first home game of the cinch League 1 season. With last season’s League 2 flag being unfurled ahead of kick off it’s sure to be a day to remember for Spiders fans young and old, especially given that such an event last happened over 20 years ago, when Queen’s won the then Scottish Third Division in the 1999/2000 season.

In this extended match preview the club media team caught up with gaffer Laurie Ellis and captain Michael Doyle to get their thoughts. Laurie said: “We are looking forward to what will be a big day for the club and a big day for the players that were involved in winning League 2 last season. The players, supporters and the club should be very proud of our achievements last year and it will be a special moment when that flag is unfurled prior to the game.”

“On the game itself we will be looking to build on the many positives from last Saturday’s league opener at Bayview. It was obviously a hard fought for point and as well as the positives that we have taken from our performance, we have also looked at where we can improve and ultimately at what we could have done to have taken more than a point from the game.”

“Cove are an excellent side with an experienced management team. The experience in their squad speaks for itself and it’s clear they have a real hunger to achieve their goals and drive the club forward. With that in mind we are looking forward to what will be a very competitive game of football and a very difficult challenge.”

Commenting on the squad the gaffer kept his cards close to his chest confirming that he continues to have one or two players missing through injury with another couple carrying niggling injuries that will require to be assessed closer to kick off.

Michael Doyle has taken over the captain’s armband from David Galt and as the build-up continues to the opening game of the league season, he spoke of the honour he felt to be captaining the club – and outlined some of his hopes for the season added.

Michael told the club media team: “When the manager first pulled me aside to speak to me about it I was honoured, and I told him that. The manager was keen to stress that nothing changes, highlighting to me that although I now have the armband, I have already been a leader within the squad. For me, I might now be wearing the armband and with that will take a bit more responsibility, but everyone in our dressing room knows that to be successful, they all need to be leaders. That includes the young lads coming in and I’ve told them I don’t mind if they give me a wee bit as well.”

“Individual players can win games but for me if you want to be successful, that absolutely has to be achieved by being a team. Our team spirit is and will continue to be our biggest asset.

“We are looking forward to what will be a massive season ahead for us. We have taken the step up from League Two and the boys are very keen to carry the success on from last year. It was important and very pleasing that we kept the core of the squad together as that will go a long way to helping us this season. There is a real family atmosphere amongst the squad and those who have come in, have been made to feel that from the start. I know that’s the type of environment the manager is trying to create and that has been supplemented by the addition of some young and exciting talent over the summer.”

“The more experienced players in the squad have naturally taken on the responsibility of looking after and supporting the young players. We have all been in that position and have the experiences to do that and foster that family atmosphere.”

“I believe everyone in the squad, young or old, would run through a brick wall for each other and that is testament to the boys. The continuity from last year has made it very easy for those who have come in in recent months to hit the ground running. I think the manager wanted to make sure that those he added to the squad not only enhanced us from a playing perspective but came into the dressing room with the right spirit and attitude.”

“In terms of goals for the season, if you ask any player, they will tell you they want to go and win the league, I am no different. I am one of those players who are in everything to win it. First and foremost though we want to entertain the fans and show them what we have been working hard on. Ultimately though we all hope that we can continue to grow as a team and have a successful season.”

Michael also stressed the part the fans can play and repeated his plea for them to get behind the players and lend their backing by coming along to the games.

He concluded: “We know and appreciate how tough the last 18 months has been for everyone but with restrictions easing and crowds returning we are relishing the opportunity to have our fans back in the stands.  Our tagline for the season is ‘Making New Memories’ and we are determined to do just that… with as many fans as possible joining us every step of the way.”

1. Match tickets are now on sale (online only) to both home and away fans, and can be purchased by clicking HERE

2. Season Tickets can be purchased via our new online ticketing system, HERE. They can also be bought by phoning the club office on 0141 632 1275 or in person at the club offices from 10am to 5pm, Monday to Friday.

3. QP Membership can be renewed by calling club on 0141 632 1275 or in person at the club offices from 10am to 5pm, Monday to Friday. Please note that members wishing to attend this match must renew their membership by close of business today.

Our guide to accessing our new live streaming service can be viewed HERE.

Please Note: we have a new live stream partner this season which means QPTV user names and passwords used last season are no longer valid.