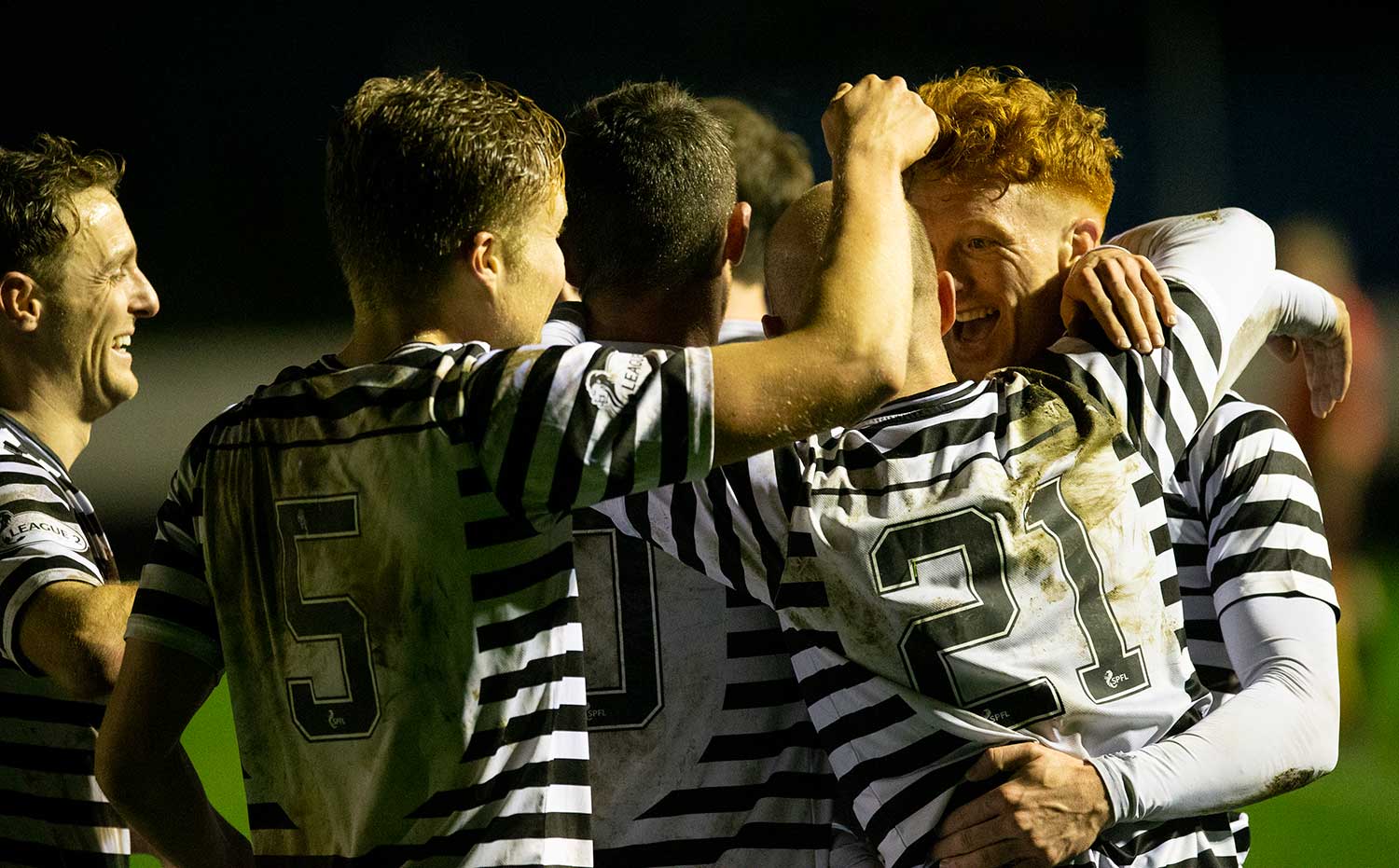 QUEEN’S PARK picked up their sixth league win on the trot after battling to a 3-0 win over Cowdenbeath.

Ray McKinnon’s men were the much better of the two sides on the day with both teams having to deal with a difficult, bobbly surface.

But goals from Peter Grant, Grant Gillespie and sub Simon Murray made sure the Spiders remained unbeaten in the league this campaign as they showed a different side to their game at Central Park.

The visitors started the better of the two sides and Ross MacLean forced home keeper Ross Sinclair to tip a cross over the bar after just four minutes.

The winger was involved once again just moments later but his dangerous cross into the box was just too high for skipper David Galt arriving at the back post.

The pitch was not favouring either side with both teams resorting to playing long balls and that man MacLean was close to opening the scoring after 13 minutes. An excellent switch ball found the attacker and he forced Sinclair into a smart save, low to his right side.

The Spiders continued to have the better of the possession and were rewarded with the opening goal of the game after 16 minutes.

Galt delivered a free-kick from just over the half-way line into the box and found Peter Grant, who powered his header low into the right hand side of the net.

The match was turning into a real midfield fight with plenty of personal battles breaking out between both sides as they looked to get a grip on the game.

Midway through the half Galt fired a low drive at Sinclair, who gathered at the second attempt as the league leaders went in search of a second goal.

Queen’s had loud appeals for a penalty waved away just before the 40-minute mark after a driving effort from Darren Lyon was blocked in a sea of bodies. Despite the claims the referee was having none of it and waved play on.

Moments later, Michael Doyle was denied by an outstanding save from Cowden No1 Sinclair.

The ball fell nicely to the full-back from 30-yards out and his rocket was heading into the top corner of the net but the keeper somehow managed to get fingers tips on to the effort and turn it onto the bar and out for a corner. A truely superb save from the Blue Brazil stopper.

From the resulting corner, Galt found Bob McHugh, but he was denied a third goal in three games after his goal bound effort was hacked off the line.

The hosts forced their first real chance in the final stages of the first period but Willie Muir was on hand to get down low and turn a driving effort out for a corner following some good build-up play from Kris Renton.

Cowdenbeath had a big chance to draw level early in the second perod but a flick on from Fraser Mullen’s free-kick evaded his team-mates and out for a goal-kick.

One minute later the visitors forced their first chance of the second-half but a deep set-play from Galt was well defended by Mullen on his six-yard line.

Ten minutes into the second-half the home side were presented with a huge opportunity to level from a free-kick just 20 yards from goal following a Jai Quitongo foul.

Robbie Buchanan smashed the ball at goal with massive appeals for a penalty against the Spiders wall for handball but it was waved away once again by referee Calum Scott.

The home side were left reeling just one minute later when the visitors doubled their advantage.

A chipped ball down the line from Doyle found Gillespie and after cutting in to beat his man he fired a shot at goal, via the aid of a deflection, that found its way past Sinclair.

Murray – who made an instant impact with a goal and an assist from the bench last week against Stenhousemuir – was introduced as a substitute once again with 25 minutes to play as he continues his return to fitness following a lengthy absence on the sidelines.

McKinnon and Co pushed for the killer third goal in the final 20 minutes and were rewarded with just one minute left on the clock.

Mullen failed to cut out a through ball and it allowed Murray the chance to bare down on the goal from the left and his shot – which took a slight deflection – found its way into the corner of the net.

The result leaves Queen’s Park top by four points ahead of nearest rivals Elgin City with Edinburgh City making the trip to Hampden Park next weekend.

For Cowdenbeath, they remain in eighth spot just one point ahead of bottom clubs Brechin City and Albion Rovers who are locked on three points each at the foot of the League Two table. 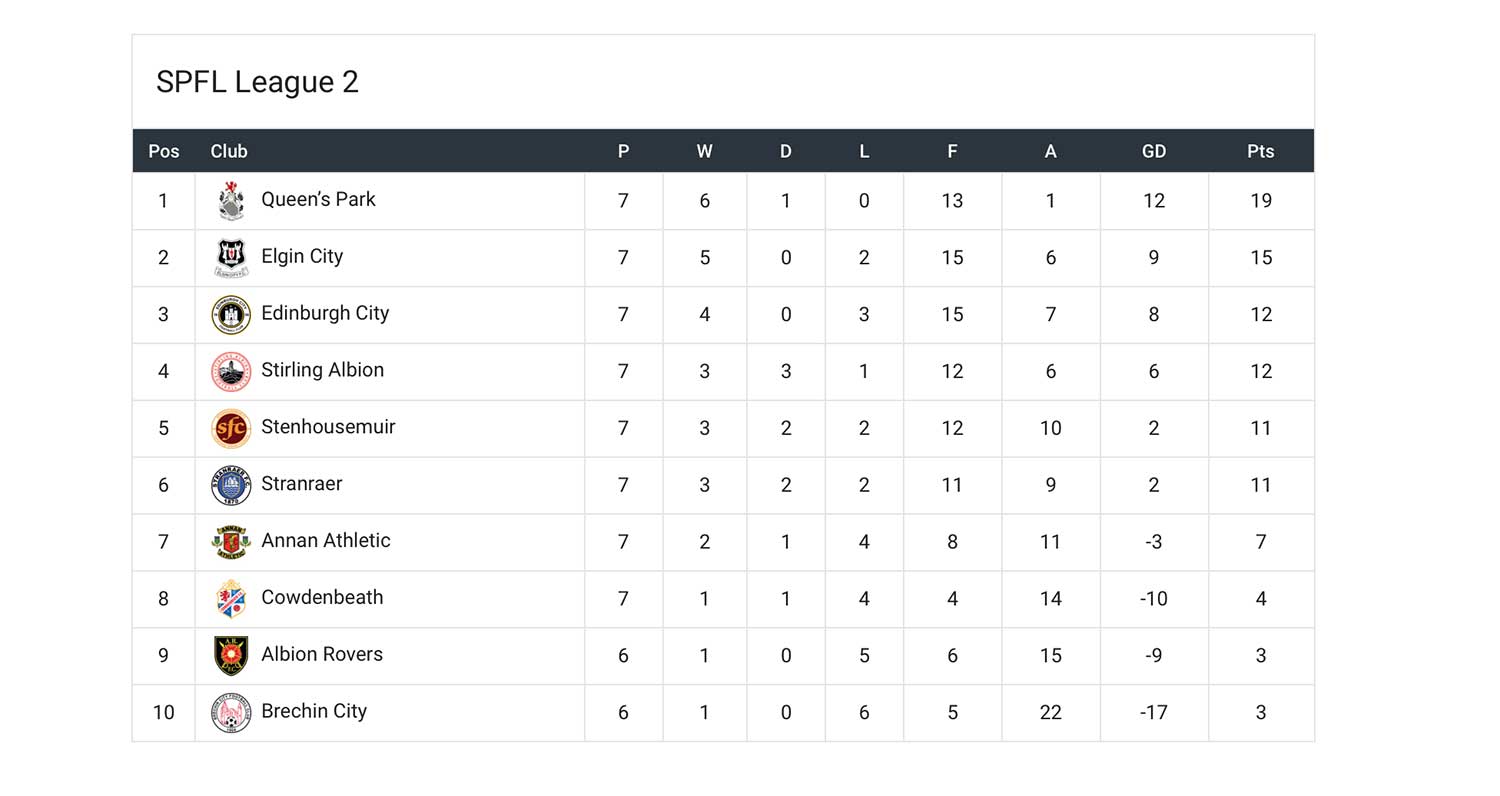