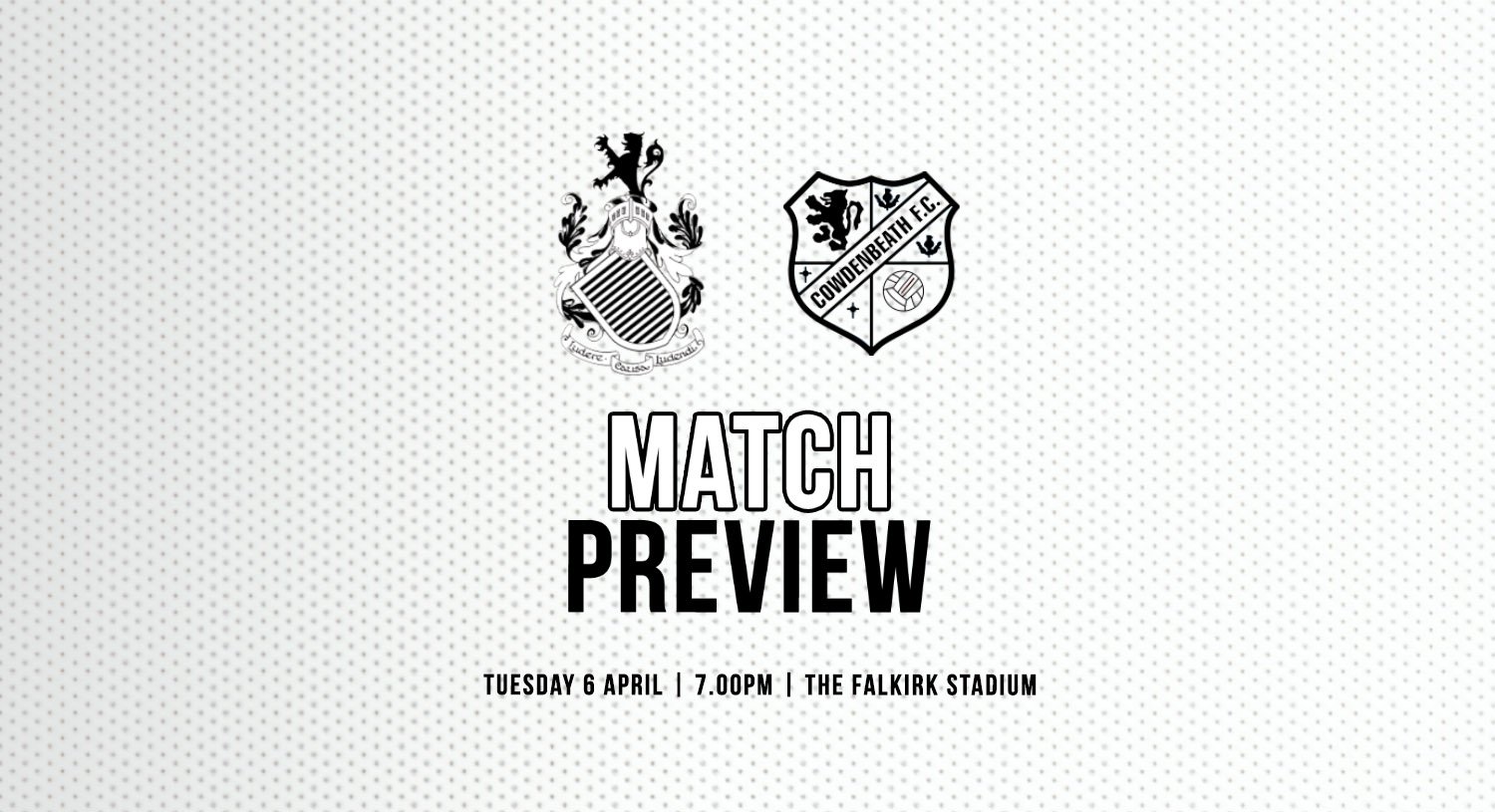 Hot on the heels of Saturday’s hard fought win over Stirling Albion the Spiders make a quick return to The Falkirk Stadium with Gary Bollan’s Cowdenbeath providing the opposition for Tuesday night’s League Two encounter. The Spiders extending their lead at the top of the table at the weekend was in stark contrast to the Blue Brazil’s defeat at the hands of Albion Rovers, a defeat which saw the Central Park side slip to second bottom and make it five without a win.

Ahead of the match the club media team spoke to the gaffer to get his thoughts. Ray said: “We go into the game on the back of a terrific three points on Saturday which we can take a lot of confidence from. I though to a man everyone did exactly what was asked of them and it’s credit to them that we limited Stirling to very little in front of goal.”

“With the busy schedule of games we are now in, it’s all about recovery from the last game and preparation for the next game with so little time between fixtures. We are absolutely delighted with the response we have had from the players since returning and we very much hope to take that into the Cowdenbeath game with another very important three points up for grabs.”

“It’s hugely important that we take things a game at a time and the next game always becomes the most important. We expect another very tough game against a Cowdenbeath side looking for a reaction to their defeat at the weekend. I know Gary has a good squad of players and we will need to be at our best again tomorrow if we want to give ourselves the best chance of keeping the winning run going.”

“For us though, we can only concentrate on ourselves and what we want to do in the match. The players know what’s expected of them and they know their roles so we will be looking for a continuation of that and the same levels of consistency they have been giving us.”

“I’m delighted that we will welcome Simon Murray, Canice Carroll and Tommy Robson back into the squad for the game. It’s very pleasing that there is real healthy competition for places within the squad just now and those that have been called on in recent weeks have really stepped up to the mark.”

The opposition: The Blue Brazil go into the game occupying second bottom spot in the table after a disappointing 1-0 defeat at home to Albion Rovers on Saturday. Gary Bollan’s men will be looking to end a run of five without a win with bottom side Brechin only five points behind them with a game in hand.

Live streaming: QPTV in conjunction QTV Sports and City of Glasgow College, will be providing a live stream of the match at a cost of £10. Live coverage will begin at 6.45pm, led by our commentary team of Craig McKenzie and Keith McAllister. Information for members, season ticket holders and pay per view viewers can be found here  https://queensparkfc.co.uk/qptv-live/

QPTV: Post match reaction from the manager and a player will be available shortly after the game with match highlights to follow on Wednesday.