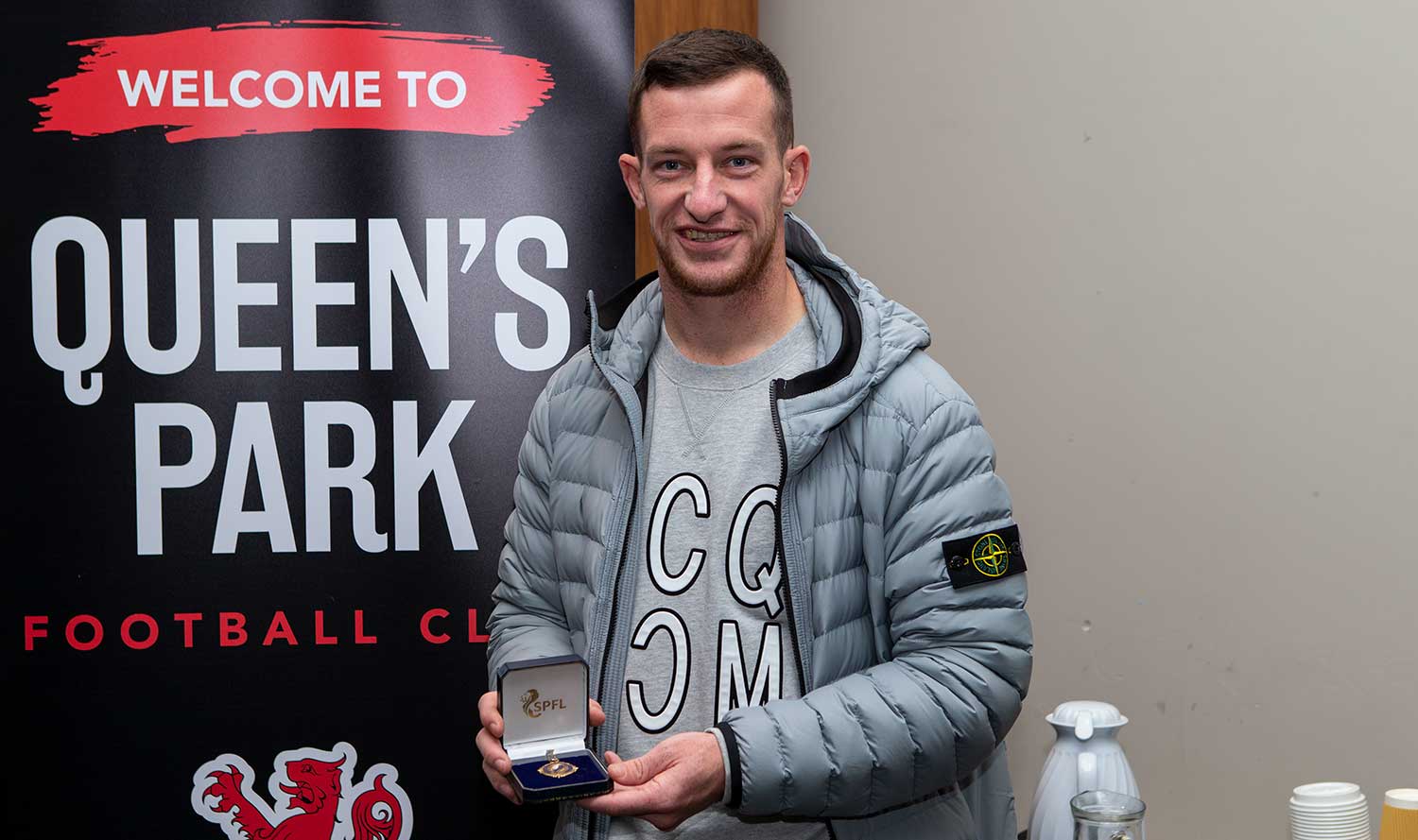 David Gets His medal

Club legend, David Galt, was presented with his SPFL League 2 Champions medal before the Montrose game on Sunday 3rd September.

David played 196 games for Queen’s Park during his six years with the club, scoring 24 goals – not forgetting that wonder gaol against Clyde in the SPFL League 1 play-off final in May 2016.

David, who was captain of last season’s League 2 Championship winning squad, was presented with his medal by club President David Hunter. 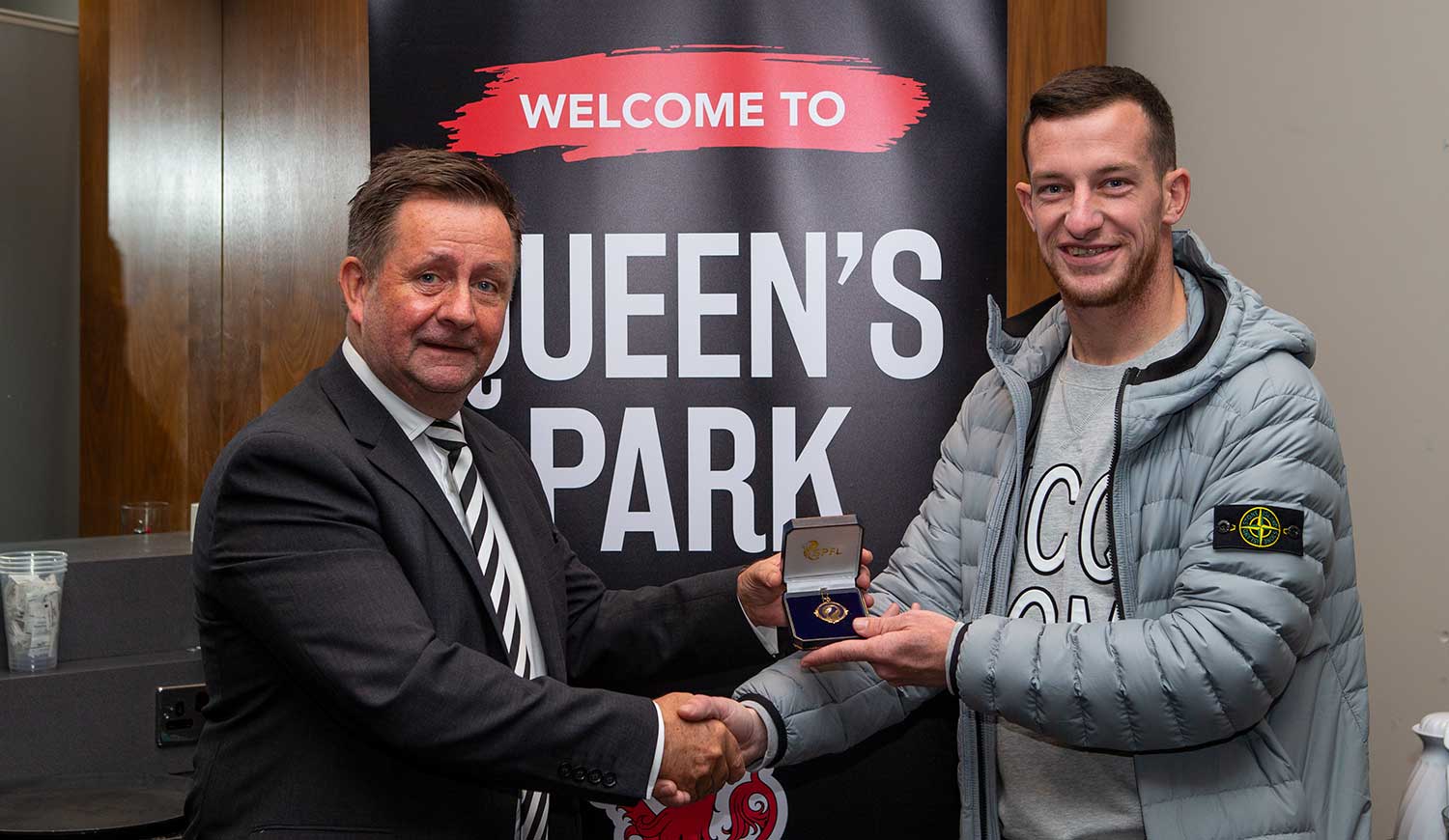