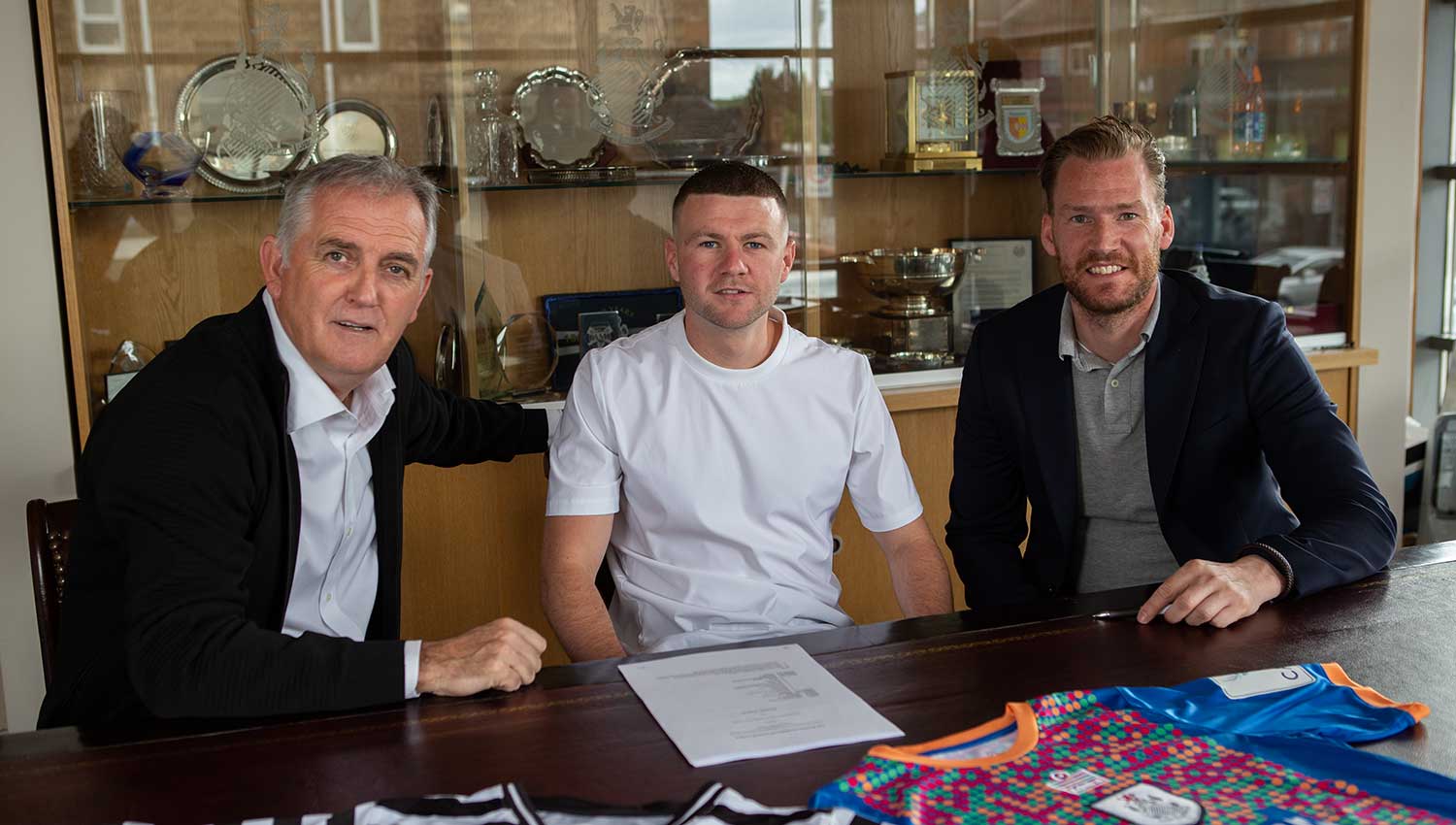 Dom Thomas progressed through the youth academies of Celtic and Motherwell and made his Scottish Premiership debut, for Motherwell, against St. Mirren, in 2014. In a total of three seasons, he played 39 official games for the Steelman. In recent seasons, Dom played a total of 168 games at Kilmarnock, Queen of the South and Dumbarton. In 2020, after a loan spell with Dunfermline Athletic, he was signed on a two year contract by the Pars. In season 2021-2022, he scored four goals in 25 league games and provided five assists.

International
In March 2017, Dom made his first appearance in the Scottish U21 squad, in a friendly against Estonia, but he had to wait a couple of months to make his competitive debut. He started in the UEFA U21 qualifying game against Holland in September 2017.

Dom Thomas: ‘Excited to now be part of a very ambitious club’
“It’s great to be here and I’m delighted to have joined the club. Looking in from the outside over the last couple of years, it’s clear to see the ambitions the club have, and I’m excited now to have this opportunity to be part of that.

“First and foremost, I can’t wait to get going and I look forward to the season ahead, where I can hopefully contribute to the team with goals and assists.

“It’s clearly an exciting period for Queen’s Park and I hope to help bring further success to the club.”

Marijn Beuker: ‘A player with scoring ability’
“We have been following Dom in recent months in our scouting process and are obviously very happy to have been able to sign him today for two seasons. He is a player with scoring ability, but also has shown in this recent season that he can cause danger against any defence with his creativeness and attacking threat. In this new phase of the club, we are looking to build a winning squad that can entertain the fans with the style of play. Dom certainly fits in that plan. Also important is that Dom with all his experience will be a good inspiration for the young prospects that will play more and more in our first team.”

Owen Coyle: ‘A wonderful and creative player’
“We are absolute delighted to have signed Dom. He is a wonderful and creative player that can handle the ball very well. When Dom is playing, he is pleasing to the eye and that’s a great fit with the attractive way we want to play at the club. In the Championship you need quality players and Dom Thomas is certainly that.”

Starting Date
Dom will join the Queen’s Park when the players return for pre-season training on Friday 17th June 2022.