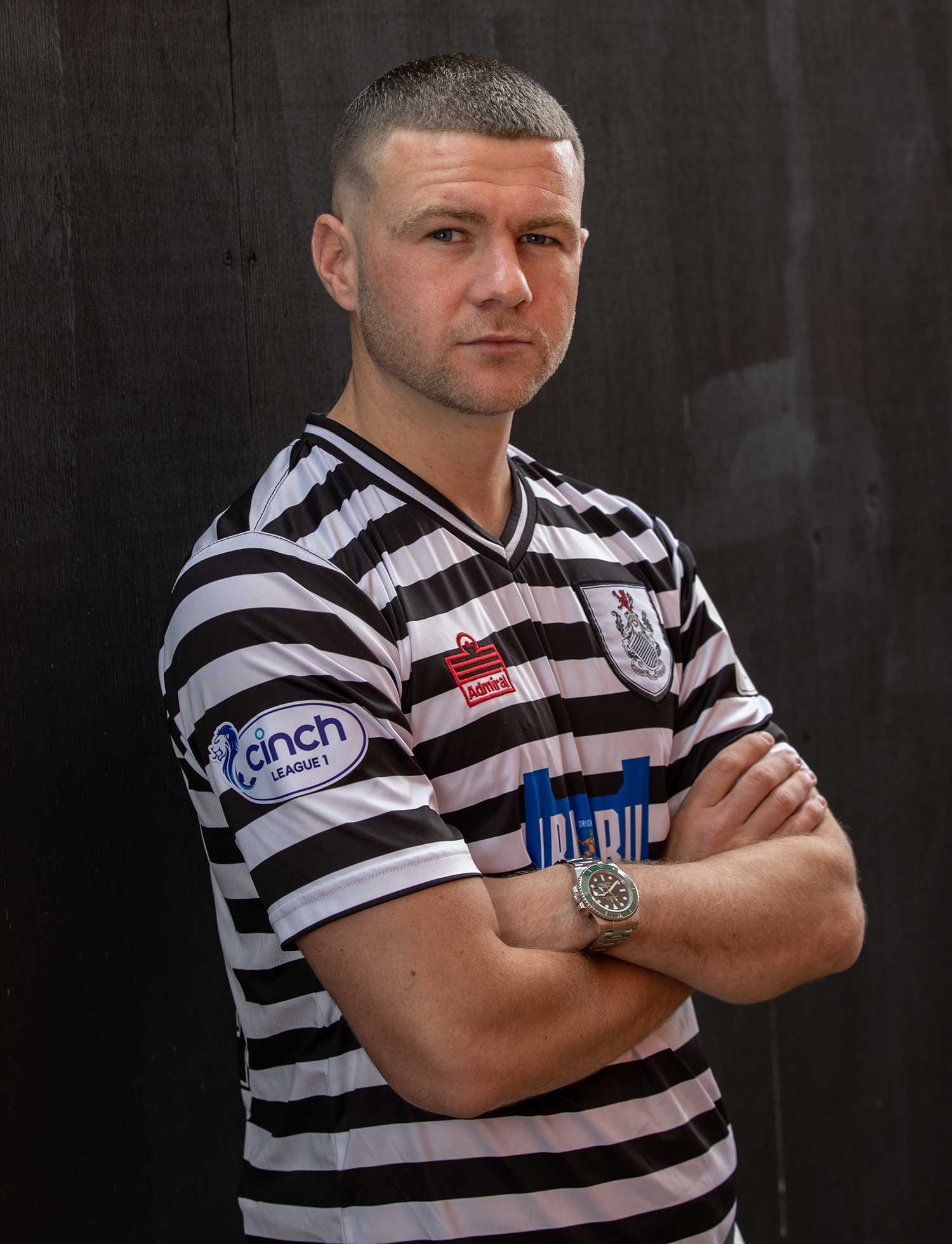 Football Development
Dom progressed through the youth academies of Celtic and Motherwell and made his Scottish Premiership debut, for Motherwell, against St. Mirren, in 2014.

In a total of three seasons, he played 39 official games for the Steelman. In recent seasons, Dom played a total of 168 games at Kilmarnock, Queen of the South and Dumbarton.

In 2020, after a loan spell with Dunfermline Athletic, he was signed on a two year contract by the Pars. In season 2021-2022, he scored four goals in 25 league games and provided five assists.

International
In March 2017, Dom made his first appearance in the Scottish U21 squad, in a friendly against Estonia, but he had to wait a couple of months to make his competitive debut. He started in the UEFA U21 qualifying game against Holland in September 2017. Dom made a total of six appearances for Scotland at U21 level.