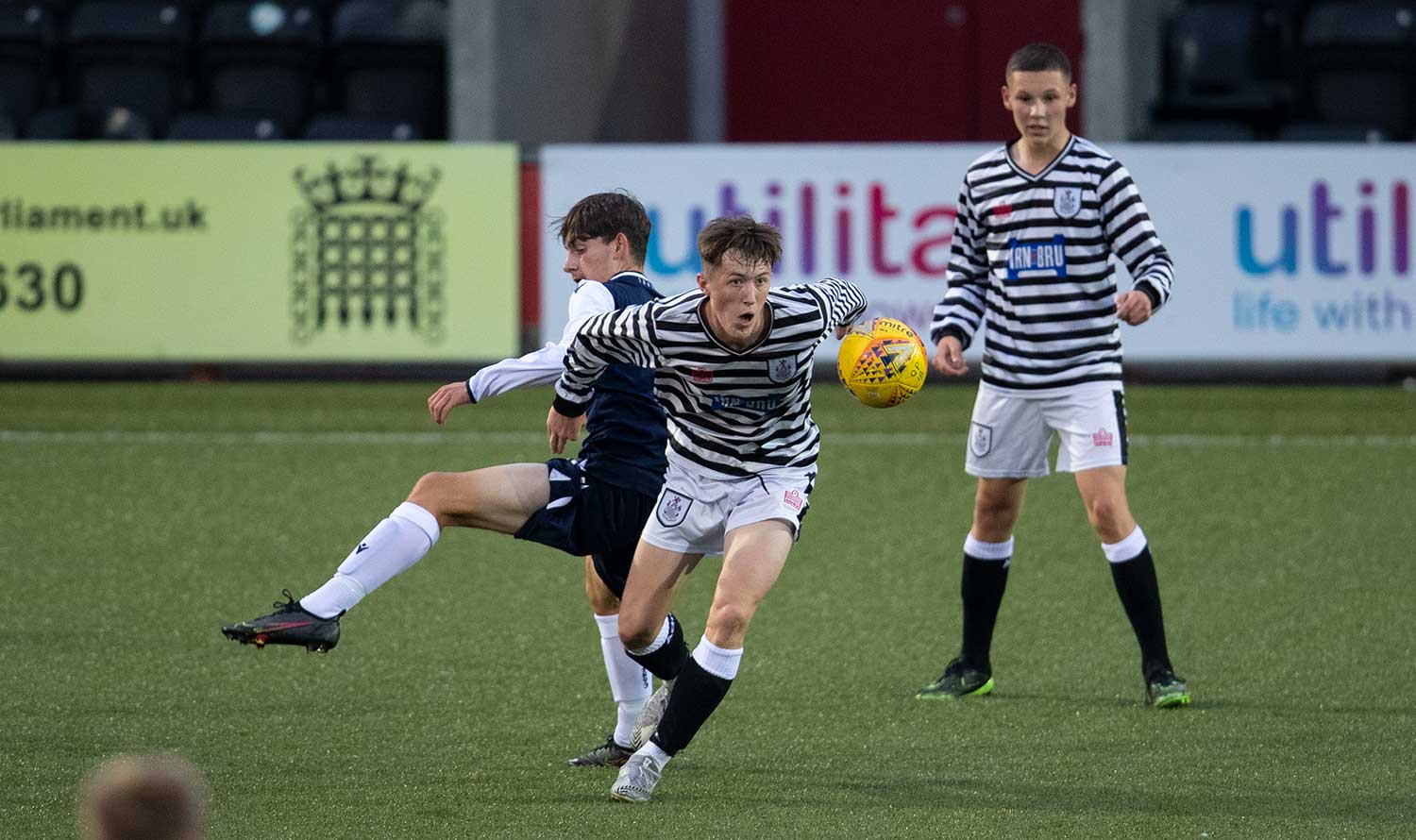 The last time the two teams met, in August, Queen’s ran out 6-0 winners.

Last night’s game was also a dress rehearsal for the SFA Youth Cup 3rd round game later this month.

Dundee started the game with a high press, which caused some initial panic in the Queen’s defence. However the young Spiders soon settled down and fought back to dominate the game, without really creating any chances to open the scoring.

The second half started with a change of shape and the introduction of Lucas McCormick up front.

These changes worked for Queen’s as Dundee were penned in their own half for most of the second half.

Queen’s had further chances from Fairlie and Graham and a super header from McLeish brought out an outstanding save for the Dundee keeper late in the game, meant the Queen’s had to settle for a 0-0 draw.

Coach Charlie King commented after the game: “Overall a good performance after a shaky start.  Disappointed for the boys not to get a couple of goals that their play deserved.  But good to restrict Dundee to no chances of note.”