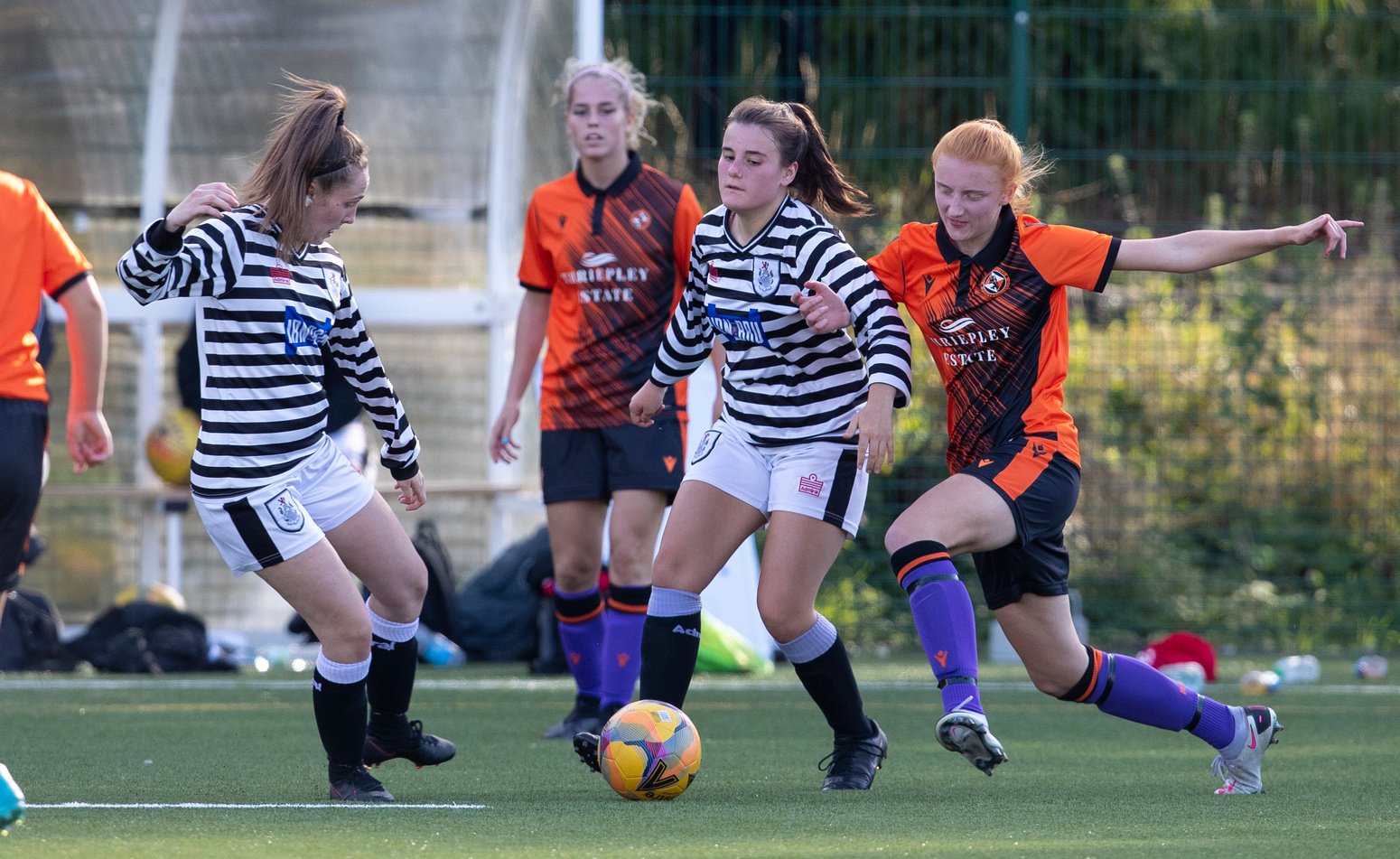 Queen’s Park suffered a 3–1 defeat to Dundee United in their second match of the 2021/22 SWPL 2 season on Sunday afternoon. Cara Anderson scored her first goal for the club in the second half, but two first-half goals from Rachel Todd and a late strike from Alex Robson gave Dundee United all three points at the Regional Performance Centre.

Head Coach Barry Rodgers made three changes to the side that faced Boroughmuir Thistle last week as Lauren Ray, Cara Anderson and Frances Hopgood came into the starting eleven in place of Jayne Cameron, Abbi McDonald and Ho Wan Tung.

The hosts enjoyed a lively start, and they took the lead through Rachel Todd’s volley just seven minutes into the match. The Spiders immediately went looking for an equaliser, and Kinga Koronkiewicz almost got it when her free-kick hit the top of the crossbar in the 14th minute.

Todd got her second of the match in the 20th minute, and Laurie Ross also went close for Dundee United when her header went over the bar a couple of minutes later. The rest of the first half was relatively quiet; the Spiders seemed to settle more into the game as the minutes passed, but the hosts went into the break with a two-goal advantage.

Queen’s Park had an early chance in the second half when Demi Potts had a shot saved by Meach. A couple of minutes later, Steffi Simson almost made it three for the home sides, but Rachael Caddell did well to divert the ball to safety.

Less than ten minutes later, it was another first as Mhairi Fyfe found Cara Anderson and she managed to pull one goal back for Queen’s Park, her first goal of the season and first for the club. Louisa Boyes also had a good chance in the 86th minute, but the visitors’ hopes for a comeback were soon dashed as second-half substitute Alex Robson managed to round Caddell and slot home from close range, making it 3–1 for her side.

Queen’s Park are back in action on Sunday, 26th September against St Johnstone in the SWPL 2.