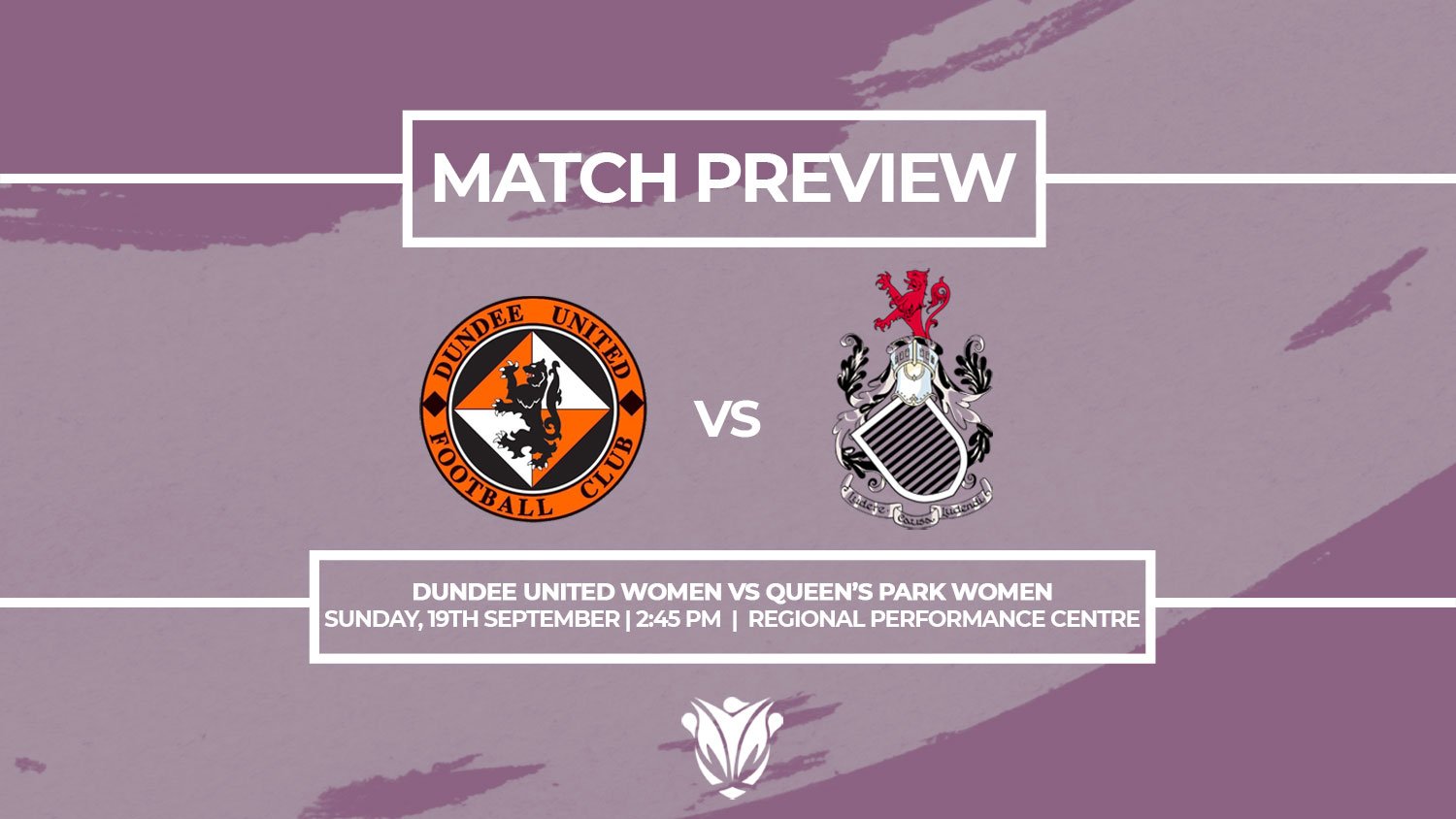 Queen’s Park are looking to bounce back from their defeat at the hands of Boroughmuir Thistle on Sunday afternoon, when they return to SWPL 2 action against Dundee United. The match kicks-off at 2:45 at the Regional Performance Centre in Dundee.

While fans are not allowed within the enclosed area, the match can be viewed from outside the RPC.

This Sunday, Kilmarnock face Stirling University at Rugby Park, while the match between Boroughmuir Thistle and Glasgow Women has been postponed. A list of the full fixtures can be found here.

Last season, Dundee United finished in fourth place in the SWPL 2, with 10 wins, 4 draws and 4 losses, scoring 44 goals and conceding 30. Queen’s Park last faced Dundee United on Sunday, 13th June 2021 in the SWPL 2. Spiders midfielder Louisa Boyes scored from the penalty spot, while Robyn Smith and Dannielle McGinley both got on the scoresheet for Dundee United, who won the match 3–1.

This season, Dundee United finished second in their SWPL Cup group. They beat Stirling University 7–1 and Kilmarnock 4–2, but lost 10–2 to SWPL 1 side Hibernian.

“We know that it’s going to be a big challenge for us tomorrow,” said Head Coach Barry Rodgers. “We’re up against probably the favourites for the league. Dundee United got a new manager in, and they started strongly, so it’s one we’re looking forward to go and compete in”.

“For us, we’ve been working on a couple of specific things this week that we’ve been looking to improve on,” he added. “And the biggest thing for us in the game is making sure that we go and we compete, and make sure that we’re pushing to raise our standard even more, and that we go and try to implement our style on the game, try to control the game, and play aggressively throughout. We’re excited, and we expect it to be a good game”.