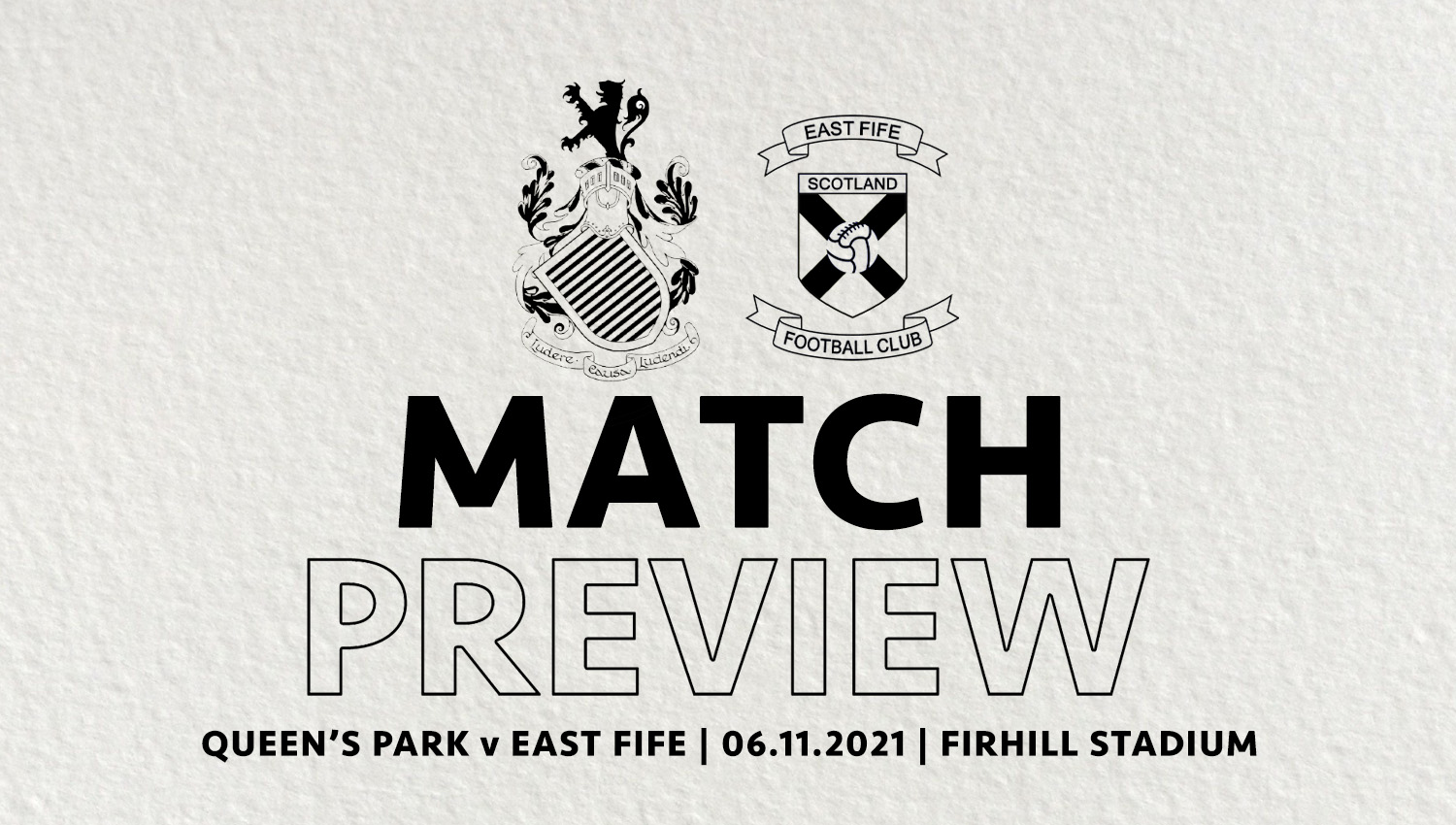 It’s top versus bottom in cinch League 1 as East Fife make the journey along the M8 for this afternoon’s clash at Firhill. While the Spiders will be looking to get back to winning ways, they cannot afford to underestimate an East Fife side who have picked up two big wins recent weeks, namely 2-1 over Dumbarton last week and 4-2 against Cove Rangers a fortnight previous. Queen’s however also go in to the game having finished last week’s game away to Cove Rangers showing some real character and that was something that had clearly pleased the gaffer when he spoke to the club media team this week.

Laurie said: “I thought that it was a really good away point at Cove last weekend and I felt the boys showed some real resilience and a great spirit to make sure we took something from the game, particularly with the circumstances in the second half.”

“It was a tough game from the start, and we knew that was going to be the case. I felt we looked sharp in the opening minutes of the game, but we then found ourselves a goal down. I thought after that the boys dusted themselves down and showed a great spirit to get an equaliser and then to eventually go in ahead at the break. At 3-2 down and down a man as well with 10 minutes of the game left I was very pleased with the character shown in the closing stages.”

“Focus then turns to Saturday’s game at Firhill and it’s another one that we are very much looking forward to. We approach every game to win it and we give every game everything we have to try and win it, that is the approach we will continue to take. We know East Fife will provide a real test for us, as they did on the opening day of the season where I thought a point apiece was a fair result that day. They are obviously going in to the game with a couple of big wins behind them in recent weeks and they have some really talented players amongst their ranks.”

“On the squad front we will obviously be without Simon Murray who misses out through suspension but apart from that we have a good fit squad available for the game that will present me with some tough decisions.”

Match tickets remain on sale to both home and away fans, and can be purchased right up until kick off by clicking HERE. Please note that tickets must be purchased online. There is no pay at the gate facility.

With Glasgow hosting COP 26, planned road closures will mean the M8 and city centre roads will be busier than usual. In addition, scheduled marches and demonstrations may mean road traffic could be subject to disruption and delay. More information can be found HERE.

You can read our digital match programme for the game HERE.