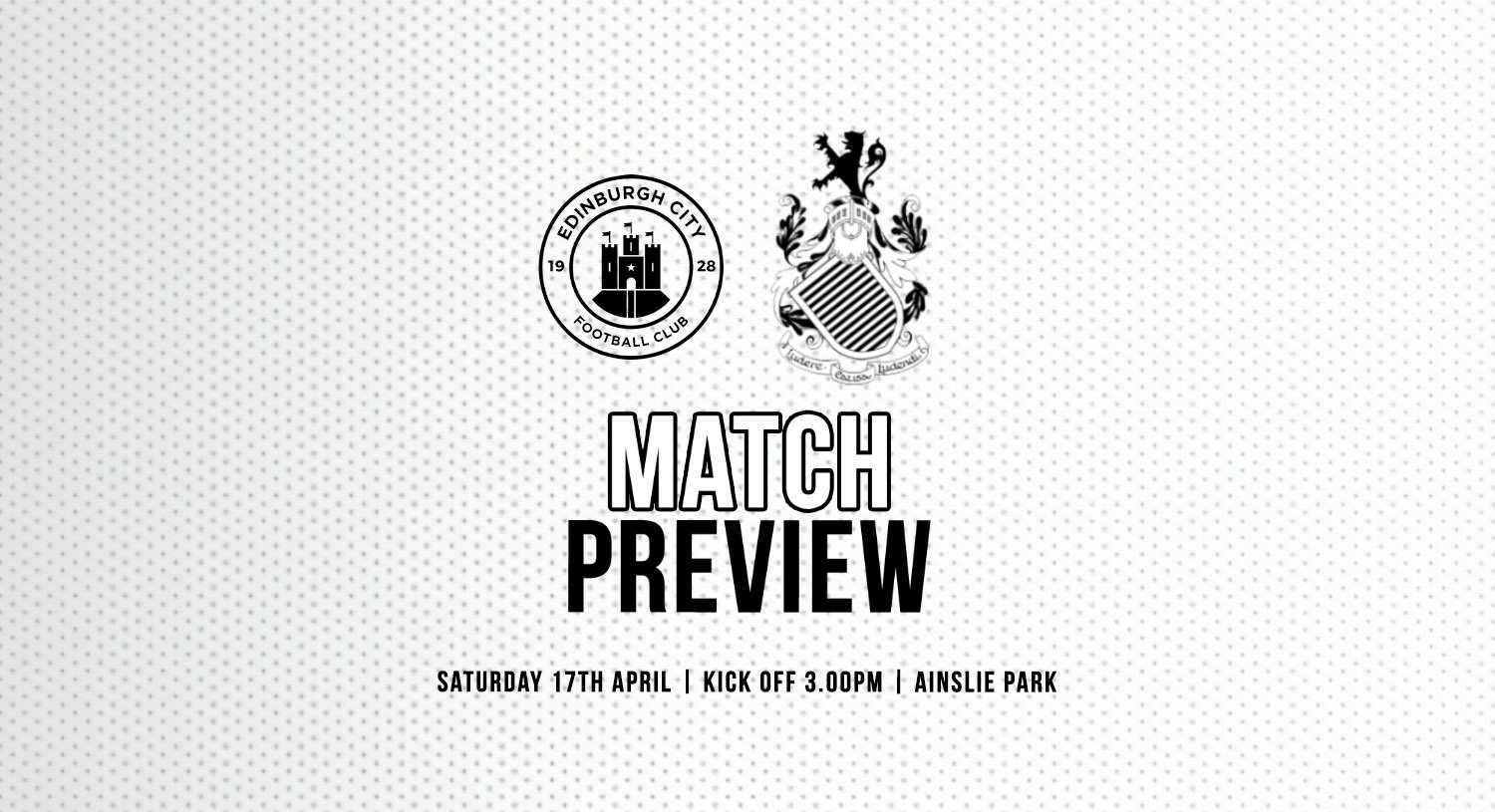 It’s a battle of first versus second at Ainslie Park on Saturday as the Spiders travel to the capital to face Edinburgh City for a noon kick off. Queen’s go there knowing that three points would put them within touching distance of the League Two title, however that will be no mean feat as they come up against an Edinburgh City side who are unbeaten in their last seven league matches, winning six of those. Similarly, the Spiders go into the game looking to continue their own impressive run of form in the league which has seen Ray McKinnon’s squad pick up a hugely impressive 44 out of a possible 48 points to date.

It is a match which has the makings of a great game and ahead of it, the gaffer spoke to the club media team to give his thoughts: Ray said: “It’s another big match and another one that everyone is very much looking forward to. We’ll be up against a very strong Edinburgh City side who are on a good run of form and are where they are in the league on merit. They have some very good players and a good manager and we know they will make it a very tough 90 minutes for us.”

“That said we are also a very good side and go into the game in good form and full of confidence. It’s been a very busy schedule the last few weeks but it’s one that we have enjoyed and it’s been great to get the results that we have wanted. Preparation for Saturday’s game has been good and the boys are certainly raring to go again. It is one of those games that for the players, is the type of game you want to play in, and for the rest of us, the type of game you want to be involved in. It has the makings of a cracker.”

“From our perspective we will be looking to reach those levels of consistency that we have saw us perform to in recent weeks. We were obviously missing that to an extend on Tuesday night where we lacked that rhythm we had been showing in previous games, so we will look to get back to our usual high standard of performance and the players know that and know the job they are expected to do. It’s certainly one we are looking forward to.”

On the injury front long term absentee Craig Slater remains sidelined following his recent operation and he is joined by Jai Quitongo who was stretchered off midweek against Annan Athletic.

The opposition: The Citizens go into the game sitting second in the table, 12 points behind the Spiders, and undefeated in the league since Stirling won 3-2 at Ainslie Park on 19thDecember. Gary Naismith’s side will be looking to cement second place with just two games remaining before the split, and go into the game on the back of a hard fought 2-1 win at home to Brechin City on Tuesday night.

Live streaming: ECFC TV will be providing a live stream of the match at a cost of £9.99. Full details on how to purchase this are available HERE

QPTV: Post match reaction from the manager and a player will be available shortly after the game with match highlights to follow on Sunday morning.