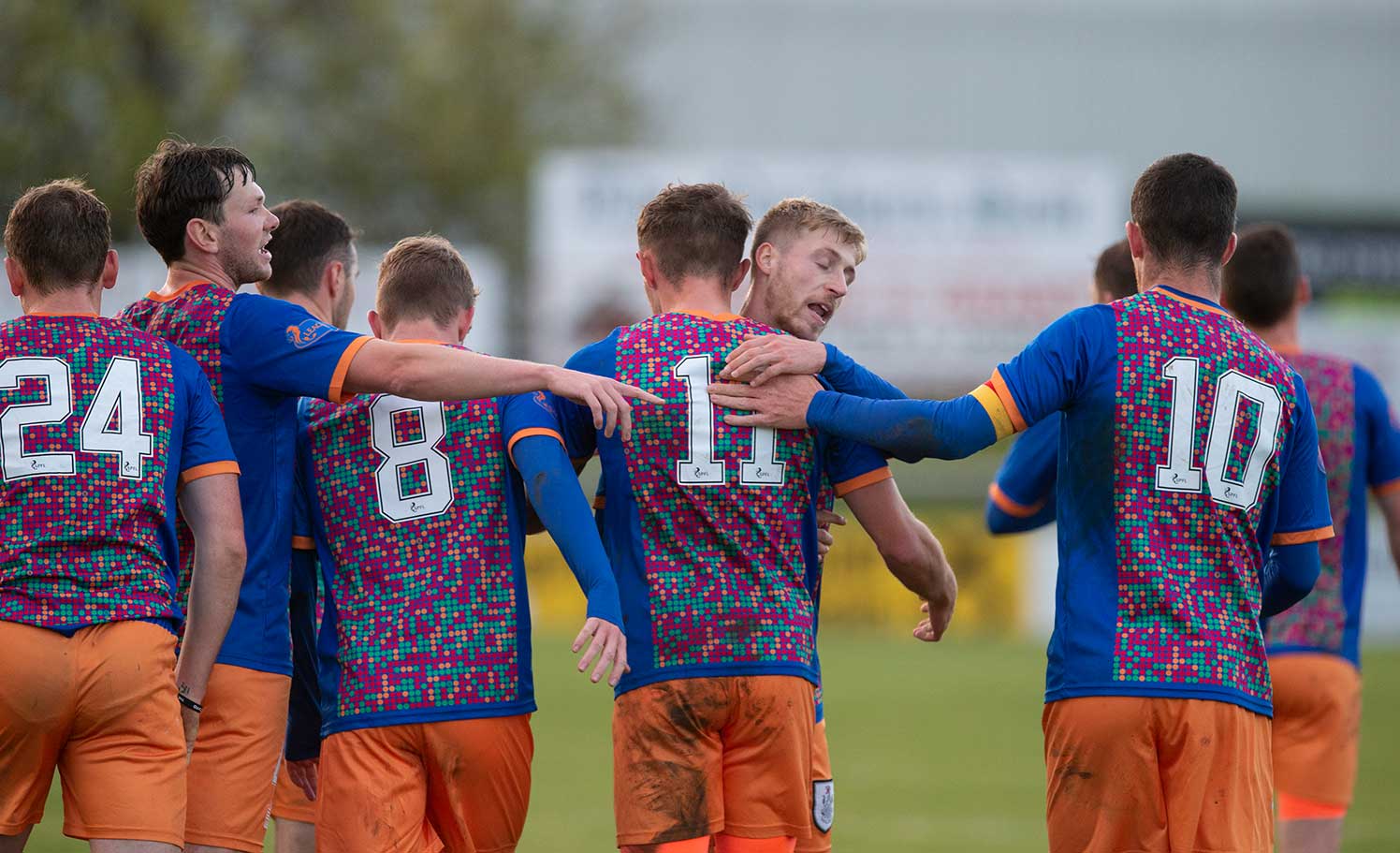 Queen’s Park made the long journey up the A9 to take on Elgin City at Borough Briggs. The Spiders were looking to extend their unbeaten start to the season against a City side who had won their opening two cup and two league matches before narrowly losing out away to Edinburgh City last weekend.

The two sides last met back in February at Hampden Park with Queen’s Park running out 2-0 winners courtesy of an early Salim Kouider-Aïssa header and a goal of the season screamer from David Galt.

Manager Ray McKinnon made three changes to the starting eleven that won in the Stair Park storm. Unsurprisingly, last week’s match-winner Ross MacLean started, with both Darren Lyon and Michael McGlinchey also coming into midfield. Dropping to the bench were Grant Gillespie, Louis Longridge and Will Baynham.

Following their third consecutive clean sheet together, Willie Muir in goals and the back four of Michael Doyle, Lee Kilday, Peter Grant and Tommy Robson picked itself. Lyon came in alongside Craig Slater in the centre of midfield with MacLean on the right-wing, and on his 30th birthday, Galt played from the left. The experienced Kiwi McGlinchey played just behind Bob McHugh who spearheaded the attack.

Alongside Gillespie, Longridge and Bayham on a strong Spiders bench were Cammy Bell, Stuart Morrison, Brody Paterson, Jai Quitongo and new signing Canice Carroll. The Republic of Ireland youth internalist joining during the week following a spell with Stevenage.

Both teams, well-known for playing in black and white, unusually lined up in their away kits. Queen’s Park were in their new best-selling ‘Most Historic’ kit and the home side in alternative black and red colours. Former Spiders goalkeeper Barry Cook was the man in the middle and following both sets of players taking a knee he blew his whistle and Slater got the game underway.

With nine minutes played Queen’s look to counter through Galt, the birthday-boy cut inside into a dangerous area and City fullback Matthew Cooper decided to stop him in his tracks. From the resultant freekick, the debutant McGlinchey eyed up the shooting opportunity, but his effort was just wide of Tom McHale’s near post in the Elgin goal.

A similar incident then occurred up the other end. City midfielder Russell Dingwall jinked past Lyon and was running at the Spiders defence when Lyon opted to bring down the advancing midfielder and was the first player to be booked by referee Cook. However, Dingwall’s freekick attempt struck the wall, and Slater cleared the ball.

Queen’s created the first chance from open play in the twenty-second minute. Slick passing on the right and an intelligent backheel by MacLean presented McGlinchey with space to cross. His cut-back found McHugh, but the striker, in search of his first Spiders goal, could not direct his effort on target.

Shortly after, and it was McHugh setting up McGlinchey for an opportunity. A quick throw-in by MacLean found McHugh on the by-line, and he delivered a cross to the front post. McGlinchey expertly controlled the ball on his thigh, but Stephen Bronsky blocked his strike at goal for a corner.

The City centre-back Bronsky then looked to make an impact at the other end. His head met Dingwall’s tempting freekick delivery, but the effort was straight at and held by Muir.

With just over half an hour played Queen’s were notably pressing high up the pitch, and the endeavours of MacLean earnt himself a golden opportunity. The right-winger pressured Elgin captain Euan Spark into an error and was soon bearing down on goal, but he fired his effort over the bar.

Minutes later and MacLean was again terrorising the Elgin defence. He glided past two City players as if they were not there and picked out Lyon, who was bursting forward in support. Lyon did not even have to break stride as he firmly struck a controlled shot into the top corner to give Queen’s the lead.

Queen’s remained in the ascendancy for the remainder of the first half. Yet, apart from a miscued effort from Slater and a tame shot from distance by McHugh, could not create any clear goalscoring opportunities before the interval.

Not long into the second half and Elgin gaffer Gavin Price replaced midfielder Rory MacEwen for former Spiders striker Smart Osadolor to bolster their attacking options.

The home side were having the better of the play in the second half but could not breakdown the resolute Spiders backline. In search of an equaliser, Price again brought on another former Queen’s Park forward with Josh Peters replacing Conor O’Keefe. Queen’s manager McKinnon also made a substitution with Longridge coming on for McGlinchey who had made an impressive debut.

The Spiders defence was getting deeper and deeper as the second half wore on, but it was holding firm. Pacy City striker Kane Hester was trying the make a nuisance of himself, but other than a few hopeful claims for a penalty Elgin could not create an opening.

With ten minutes to go, McKinnon made a double change to freshen things up. There was to be no birthday goal for Galt as he departed alongside the goalscorer Lyon. Carroll – a defensive midfielder – was handed a debut, and the manager also brought on Quintongo to the left of midfield as Queen’s looked to see the game out.

Following a flurry of yellow cards from referee Cook, Queen’s looked to make another substitution as time ticked on. Unfortunately, it became a double change again as a hamstring injury forced Longridge off. Baynham came on for McHugh upfront, and Gillespie replaced the injured Longridge as the game crept towards the final minute.

Into added time a City captain Spark ran the length of the park unchallenged before Kilday fouled him on the edge of the penalty area. Kilday was the next player in Cook’s notebook. Dingwall looked to curl the freekick into the top corner, but Muir shuffled over a gathered with ease as he looked set for another shutout.

Straight after and Grant had to be alert to make a last-ditch tackle to prevent Hester from being in on goal. The ball then broke to Peters, but his half volley from the edge of the box was straight at Muir.

There was still time for a final card from Cook, but this time it was to be a second yellow. Hester overran the ball in midfield, and Carroll nipped in before the frustrated striker made a terrible challenge on the Spiders latest recruit. Soon after referee Cook blew his whistle for full-time and Queen’s had gained another hard-fought three points on the road.
Queen’s remain two points clear at the top of the table and the manager was understandably delighted with three points away from home. McKinnon sought to praise the character of the team in the second half to dig in against a good Elgin side. He also hinted at changes and utilising the squad for Tuesday’s League Cup fixture at home to Queen of the South to build match fitness ahead of returning to the league campaign.