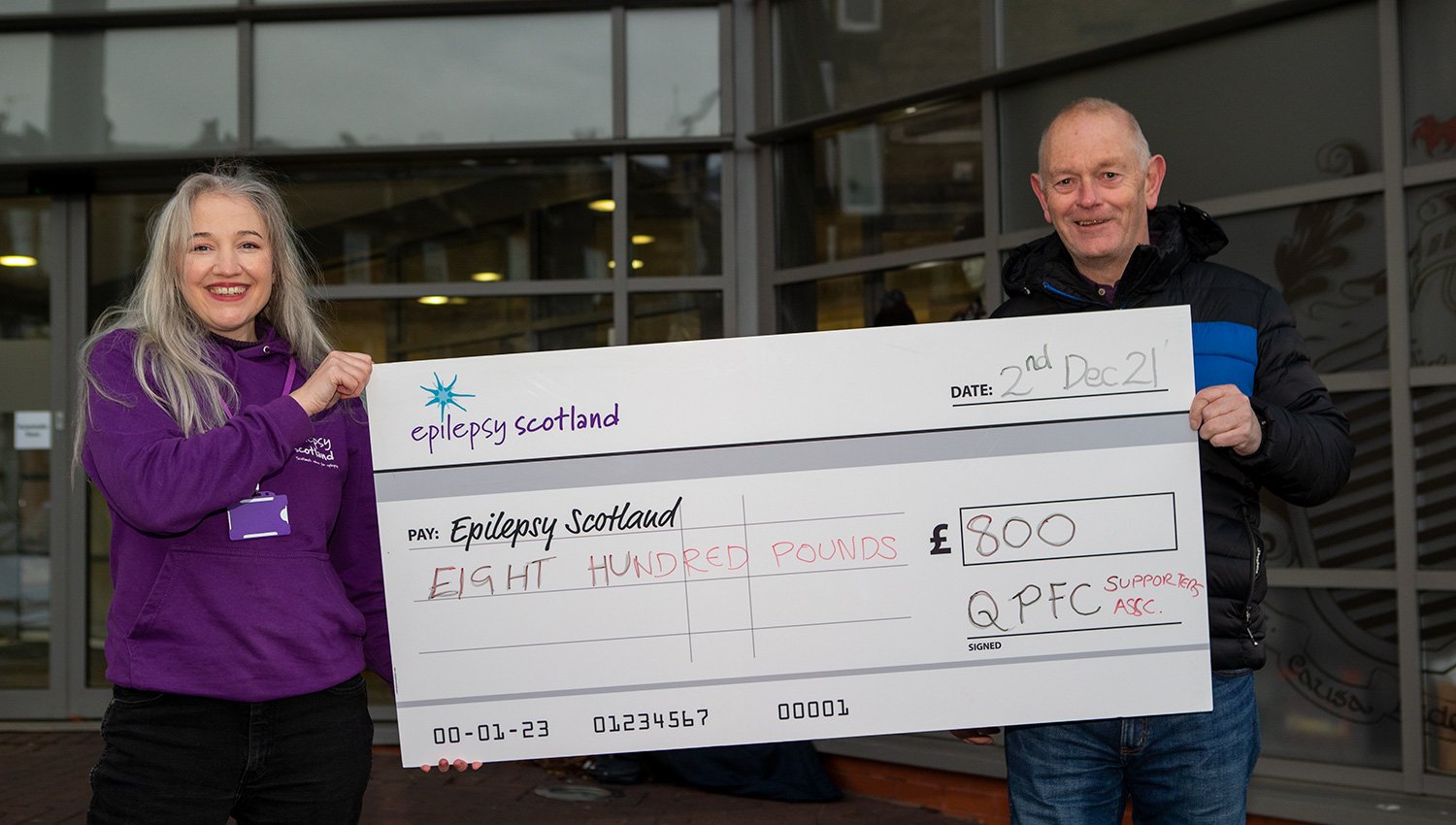 The Supporters Association held their Annual Raffle at the recent cinch League 1 game against Clyde and raised £1600.  Half the money went to Epilepsy Scotland and the other half will be used to help pay for buses to away games.

The Supporters Association football team have raised funds for the charity ever since the death of Martin Kelly in 2013. The charity is also close to John Richmond’s heart after John was diagnosed with epilepsy as a youngster.

Thanks to all who contributed to an amazing total.