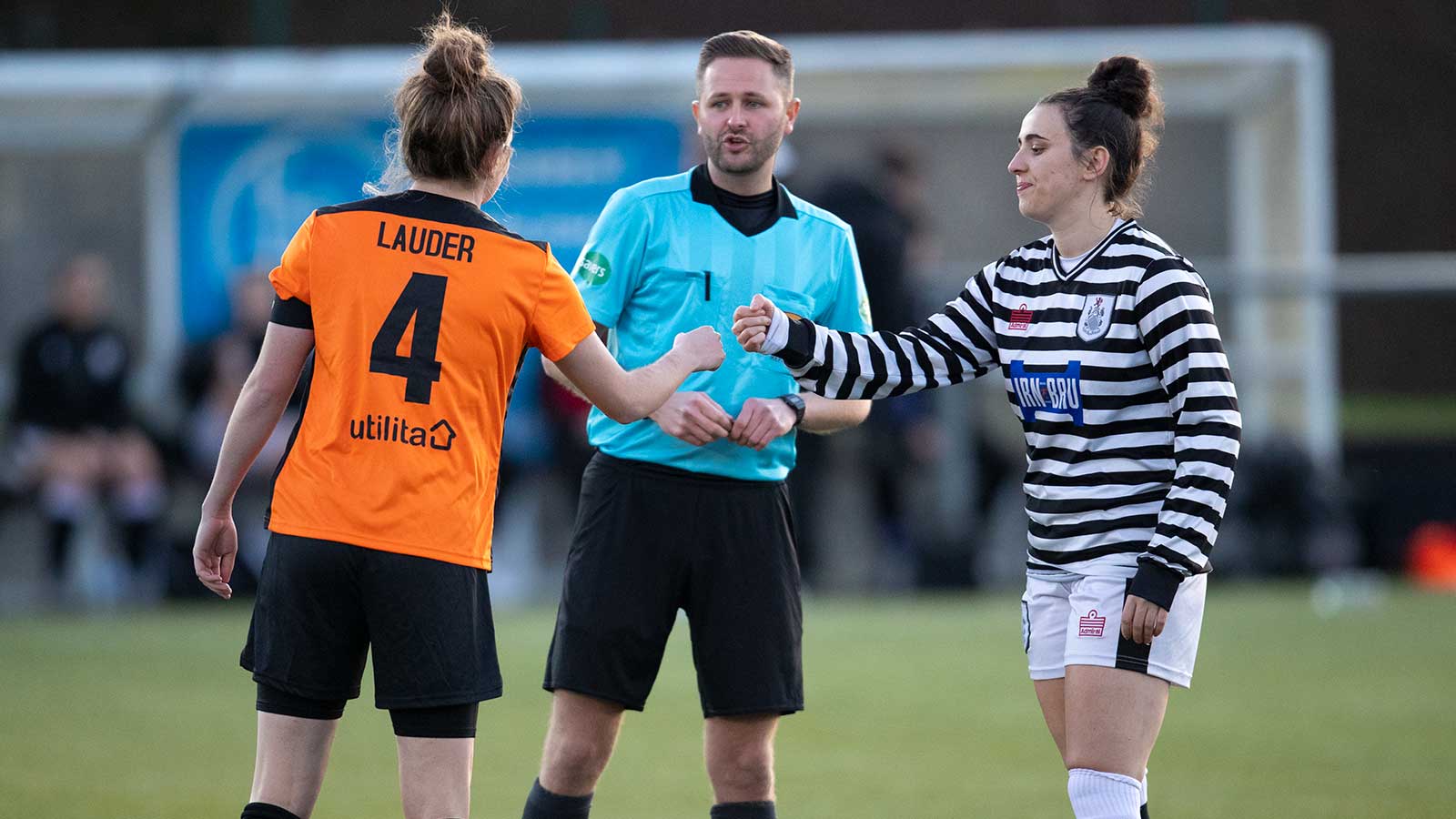 Queen’s put up a brave fight against the Scottish Cup holders, but clinical finishing by the SWPL1 side, early in the game, meant a comfortable win for City.

Injuries and COVID meant that Queen’s fielded a weakened team with a number of players playing out of position and only two players on the bench.

City started the game in control, confidently passing and moving the ball around the big Petershill pitch.

In the fifth minute City took the lead. A penetrating run by Shine down the right saw the ball cut back to Davidson who slotted the ball into the corner of the net from eight yards out.

City continued to dominate possession. They, patiently, moved the ball left to right across the pitch trying to exploit any spaces in the Queen’s defence. Queen’s looked solid in defence and quickly closed down any City attack.

City changed their attack strategy and started to attack down the wings, especially their left. They came close in the fifteen minute when Colvill just failed to connect with a Filipa cross.

However, seconds later Colvill did connect with a Davidson cross to make the score 2-0 to City.

In the 20th minute, Foley added a third when she was first to react to the ball coming back off the crossbar smashing the ball across goal into the net.

Although three down, Queen’s continued to hold their shape to deny City an easy route to goal. This was not easy task as by now it was one way traffic inside the Spiders half.

In the 29th minute Sarah Rhind pulled off a great save, diving at the feet of the onrushing City forward to deny al almost certain fourth goal.

Shine added a fourth goal for City in the 34th minute when she side footed the ball into the net from a Filipa cross.

Two minutes later Davidson added her second and City’s fifth after stepping onto a great pass by Michie before slotting the ball home from an acute angle.

Another two minutes later City add a sixth when Colvill headed the ball home from yet another cross from Filipa.

City didn’t take their foot off the gas for the start of the second half. They pushed Queen’s back and added a seventh in the 52nd minute. This time Chincilla meets a cross from the right to fire the ball home from just outside the six yard line.

The eighth goal of the day was scored by City’s captain, Hayley Lauder, in the 57th minute when she dribbled past two Queen’s defenders before lifting the ball over Sarah Rhind into the net.

City’s final goal of the game was scored by substitute Kats , ten minutes after coming on in the 65th minute.