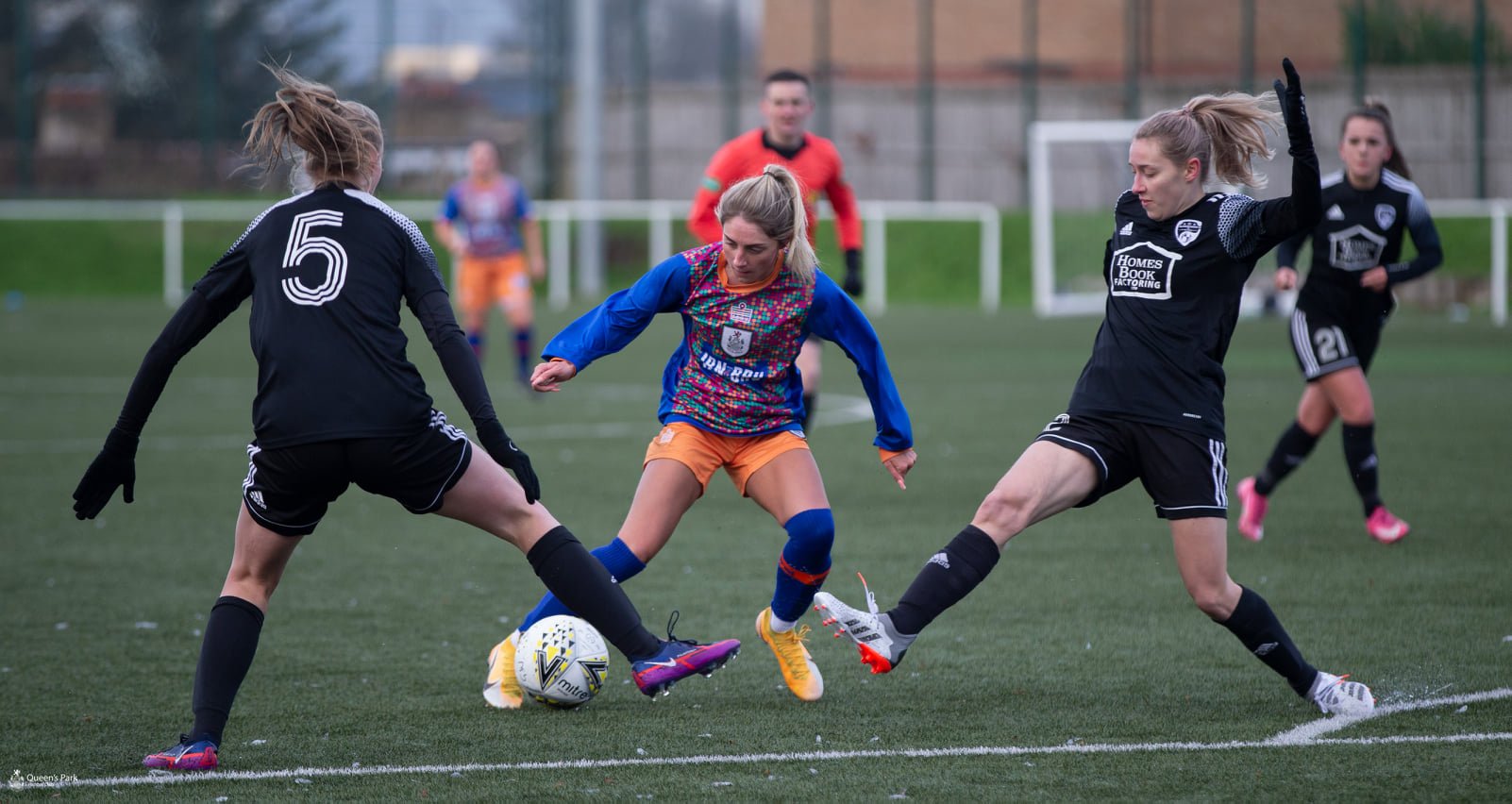 It was another positive result for Queen’s Park on Sunday as they drew 1–1 with second-place Glasgow Women in the Park’s Motor Group SWPL 2. Barry Rodgers’ side came within minutes of picking up their first three points of the season against their local rivals, but Sophie McGoldrick’s late equaliser meant that the spoils were shared at New Tinto Park.

Head Coach Barry Rodgers made four changes to the side that faced league-leaders Dundee United on 7th November. Ellie Kane, who joined the Spiders earlier this month, made her first start, while Nina Fitzsimmons, Demi Potts and Lauren Kerr returned to the starting eleven.

The Spiders came into this fixture having played their last competitive game three weeks ago, while Glasgow Women were looking to get back to winning ways after drawing with Kilmarnock last weekend. In spite of this, Queen’s Park put in a good shift in the first half and took an early lead through Abby Callaghan, who opened her account for the season in what was her third appearance since joining the club in late October.

The visitors created a few more chances in the second half, but with no reward. Barry Rodgers made two changes; Mhairi Fyfe replaced Potts in the 63rd minute, while Abbi McDonald came a few minutes later to replace Kinga Koronkiewicz. With just five minutes to go, it seemed like all three points were in the bag, but Glasgow Women didn’t give up and eventually grabbed a late equaliser through former Spider Sophie McGoldrick.

“I’m really happy with the performance of the team, overall,” said Head Coach Barry Rodgers after the game. “I think we just shaded it – we probably deserved the three points, with a really good first half. We defended a bit more in the second half and still created a couple of chances, so I thought we could’ve maybe had one more.”

“So I’m really happy with the overall performance, I thought the players worked hard. But I also know that there are things that we still need to improve on defensively, we have been working on it recently, and we just need to add that wee bit extra to our attacking side of the game.”

“It’s still a positive point forward. We know that we’ve got room for improvement, we’re working hard, we’re still coming together. I think this game was a step in the right direction, we’re still looking to improve and climb up the table to where we believe we should be –which is higher.”

Queen’s Park will be looking to build on this performance against Boroughmuir Thistle on Sunday, 12th December.