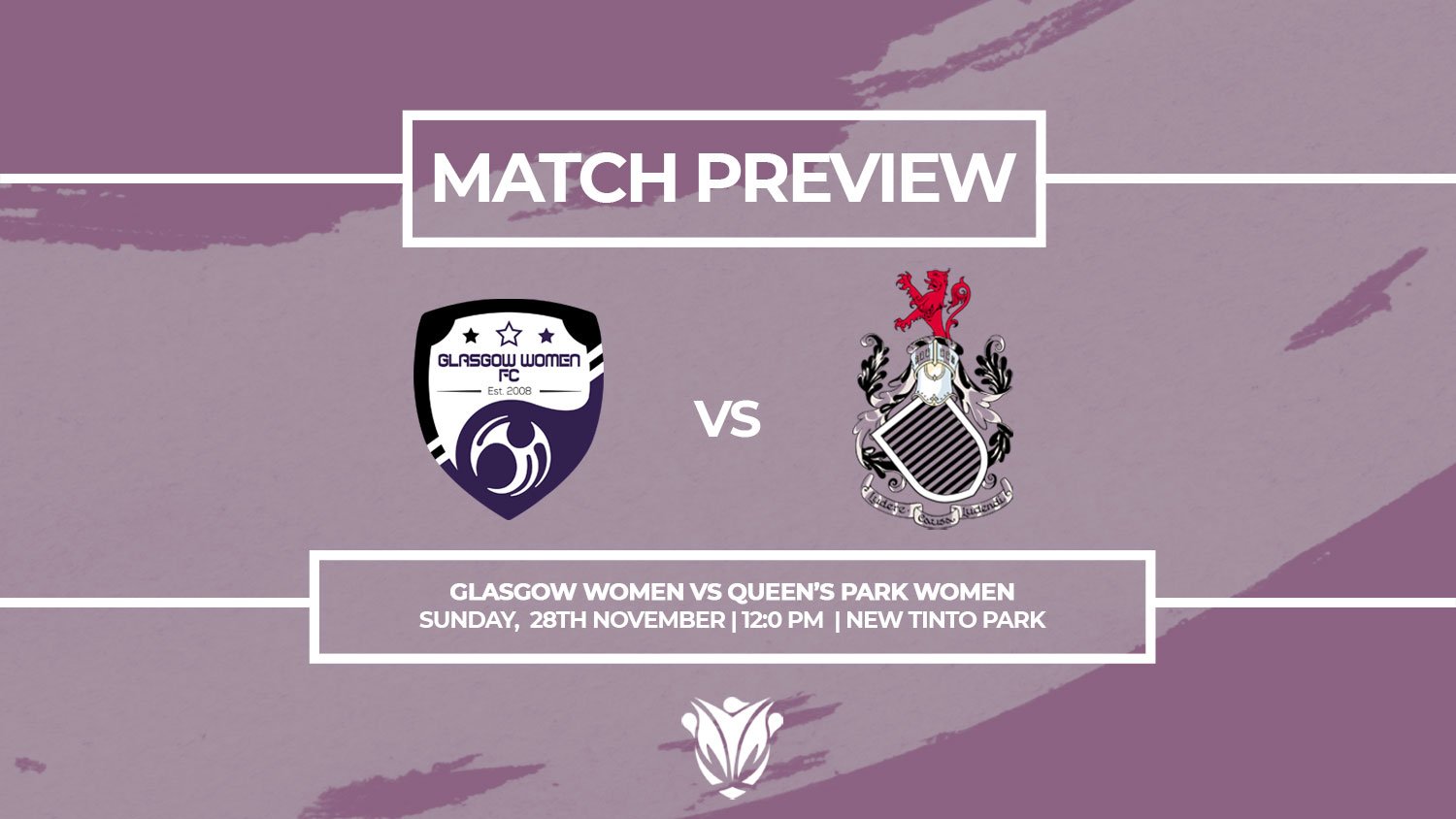 After a three-week absence, Queen’s Park are back in Scottish Women’s Premier League 2 action this Sunday, with a match against second-place Glasgow Women. The match kicks-off at 12:00 PM at New Tinto Park, home of Benburb F.C.

Glasgow Women have announced via their Twitter account that supporters will be admitted 30 minutes before kick-off. Match tickets will be available at the turnstiles, priced at £5 for adults and £2 for OAP and under 16s.

This weekend, St Johnstone host Stirling University at Riverside Park, while Kilmarnock travel to Edinburgh to face Boroughmuir Thistle at the Meggetland Sport Complex. A list of the full fixtures can be found here.

The Spiders have already faced Glasgow Women once this season, on Sunday, 3 October, 2021 at the Toryglen Regional Football Centre in Glasgow. Glasgow Women won 2–0, thanks to goals from Cara Henderson and Mhairi Lyle. A full match report can be read here.

Glasgow Women are still unbeaten in the SWPL 2, with six wins and two draws. Last weekend, they drew 2–2 with Kilmarnock at Rugby Park; Nyla Jay Murphy and Mollee Ramsay scored the goals for the visitors. The Glasgow team have also recently signed Hannah Jordan and Leah Daly on a short-term deal from Rangers.

“We’re looking forward to the game as a group. It’s been a couple of weeks now since we’ve had a competitive fixture, so the players are very excited and looking forward to it. This break gave us a good chance to get some good training in and a lot of good preparation, so that’s been good – the players have worked really hard, and we’ve put in some really good work,” said Head Coach Barry Rodgers.

“There’s a good feeling in the squad now, we’re confident in terms of the work we’ve put in and how we’ve developed over the past couple of weeks, so it’ll be a good game, ” he added. “We know that Glasgow Women have had a really good start to the season, they’ve got good players and a good squad, so it’s setting up to be an exciting game, and we’re all looking forward to it.”