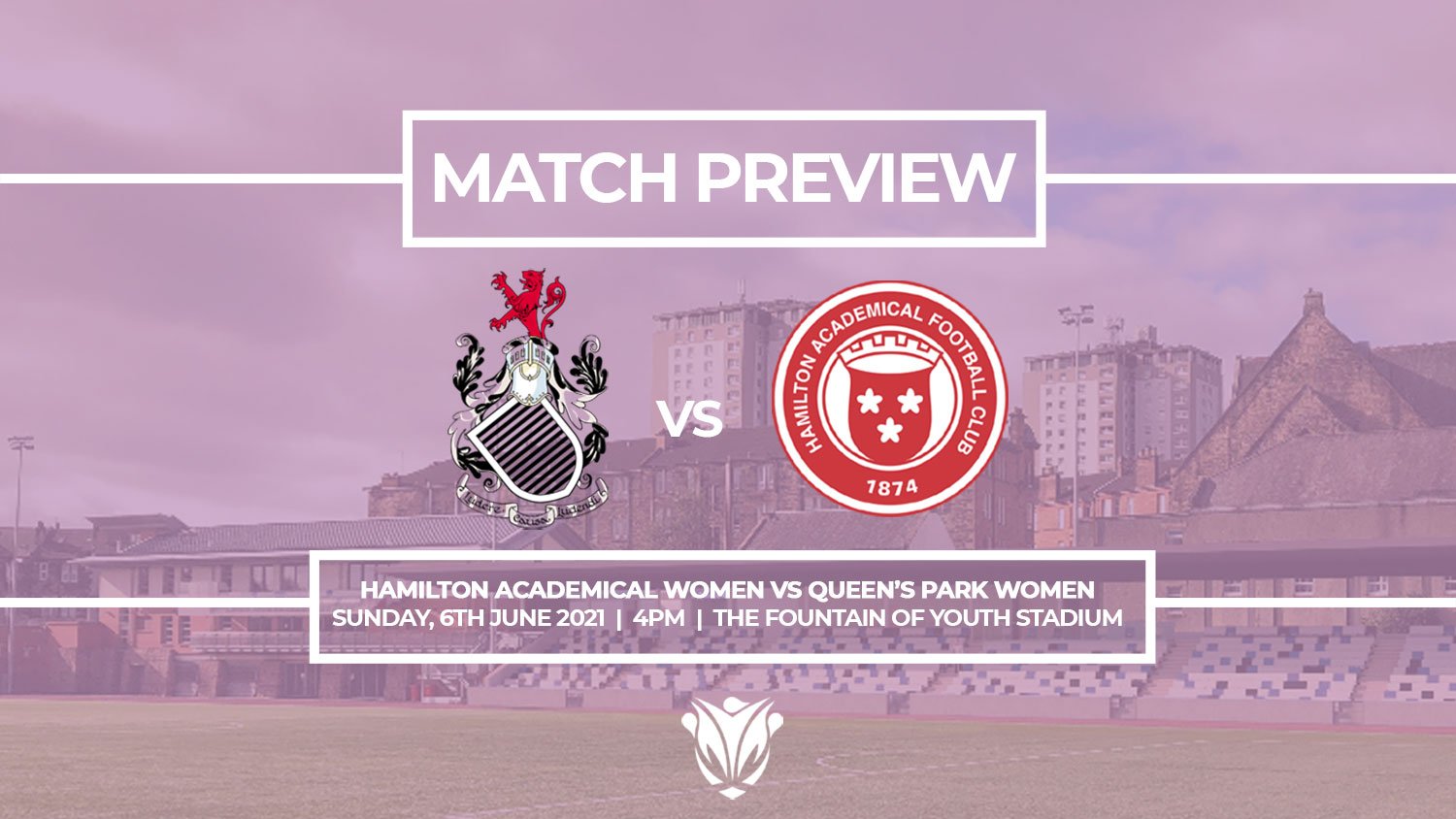 Queen’s Park Women will travel to Hamilton on Sunday, 6th June for their first competitive match of 2021 as the Scottish Building Society SWPL 2 returns to action after a six-month break.

“The players and staff are collectively happy to see a return of football, albeit with limited preparation due to Covid-19 and the tier system in place for Glasgow,” said Head Coach Mark Kirk. “This will be our first competitive game in six months, so we know the challenge being thrown into league football.” He then added, “We will aim to do our best over the next five weeks and finish the season as strong as we can”.

“I’m looking forward to returning to football and excited for the next few weeks ahead,” said Louisa Boyes. “It’s been good to get back training with the full squad, and we know Sunday will be a challenge for us, but it is one we look forward to as we aim to finish these last eight games strong”.

The match kicks-off at 4PM at the Fountain of Youth Stadium in Hamilton, and it will be live-streamed by Hamilton Academical via their online streaming platform, ACCIES WFC TV (https://www.accieswfc.com/tv/) for £5.

This weekend, Aberdeen host Stirling University at Cormack Park, Glasgow Women travel to Perth to face St Johnstone at McDiarmid Park, Dundee United take on Kilmarnock at the Regional Performance Centre, while Partick Thistle face Boroughmuir Thistle at home. A list of the full fixtures can be found here.

The most recent meeting between the two sides came in the SWPL 2 on Sunday, 6th December 2020. The match ended 2–0 to Hamilton Academical, thanks to two first-half goals scored by Dionne Brown and Amy Anderson. A full match report can be read here.

In the first part of the 2020/21 season, Hamilton recorded 6 wins, 1 draw and 3 losses; they scored 27 goals (the second best attacking record in the SWPL 2) and conceded 11 (the second best defensive record in the SWPL 2). During the break, they signed midfielder Hannah Scott from Hibernian, while Scotland U19 striker Kathleen McGovern joined them on loan from Celtic.