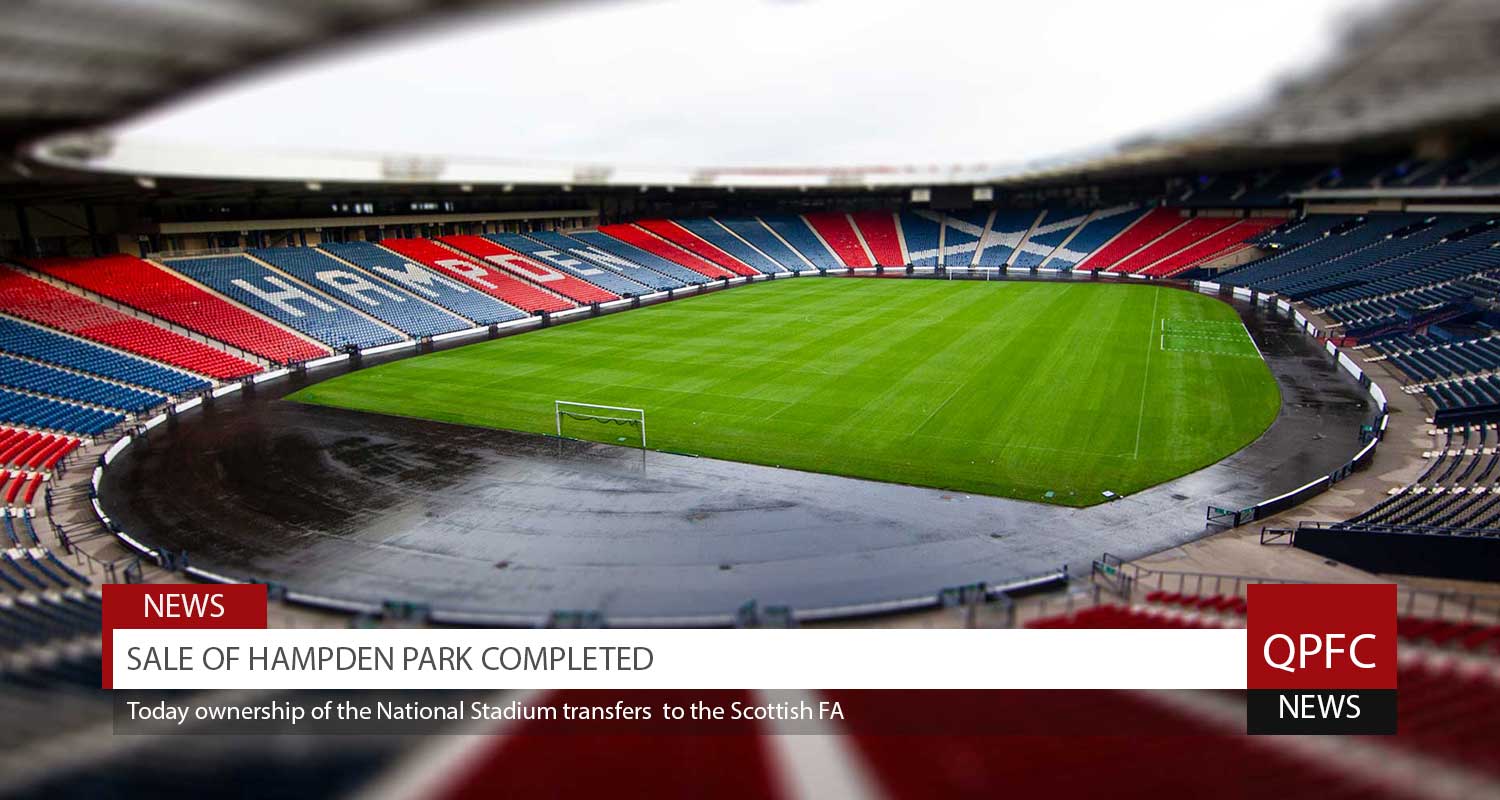 This is a historic moment for Queen’s Park, and for Scottish football, as ownership of the National Stadium transfers from the club to the Scottish FA.  While there is a touch of sadness this means we won’t be playing our home games at Hampden much longer, there is a huge amount of pride over the part Queen’s Park and Hampden have played in the history of the game.

There is the pride in our forefathers for having the foresight to build, what was for a time, the largest sporting stadium in the world.  There is the pride that the stadium the club built, owned and developed for more than 117 years should have become such a footballing icon hosting 6 European Finals – including arguably the greatest game in the history of the European Cup when Real Madrid and Eintracht Frankfurt thrilled the sporting world in 1960.

Even to this day, Hampden still holds European attendance records for international and club fixtures.  In recent years rugby union, boxing, American football and music concerts from some of the world’s biggest acts have been staged at the stadium.

As we hand over the keys to the Scottish FA, we look forward to seeing the stadium continue to develop and take our national game to even greater heights.  And as the club enters a new era, we look forward to carving out more memories in our new home just across the road.

Queen’s Park President, Gerry Crawley, said “It was a difficult period for the club to conclude what was a complex transaction.  The sale of the stadium brings mixed feelings.

We are pleased the historical home of Scottish football is staying at Hampden.  Although we won’t be playing our games at The National Stadium much longer, there is excitement the outcome gives the club a solid footing to move forward from our new base at a redeveloped Lesser Hampden.

Work has already started, and we aim to have it complete by spring next year.  The facility will have around 1,700 covered seats with a new East Stand, and a redeveloped West Stand.  There is scope to increase capacity if required.

The stadium we are building now might not be as big as the one we created back in 1903, but everybody connected with Queen’s Park Football Club is determined it will become a launching pad for an exciting new period in our long and distinguished history”.

Notes: Hampden milestones include the following:

1937 the first all ticket Scotland match attracted an attendance of 149,415 – the British record for any match.  Scotland defeated England 3-1.

1970 European Cup semi-final Celtic and Leeds United was watched by 136,505, the highest for any European competition game.