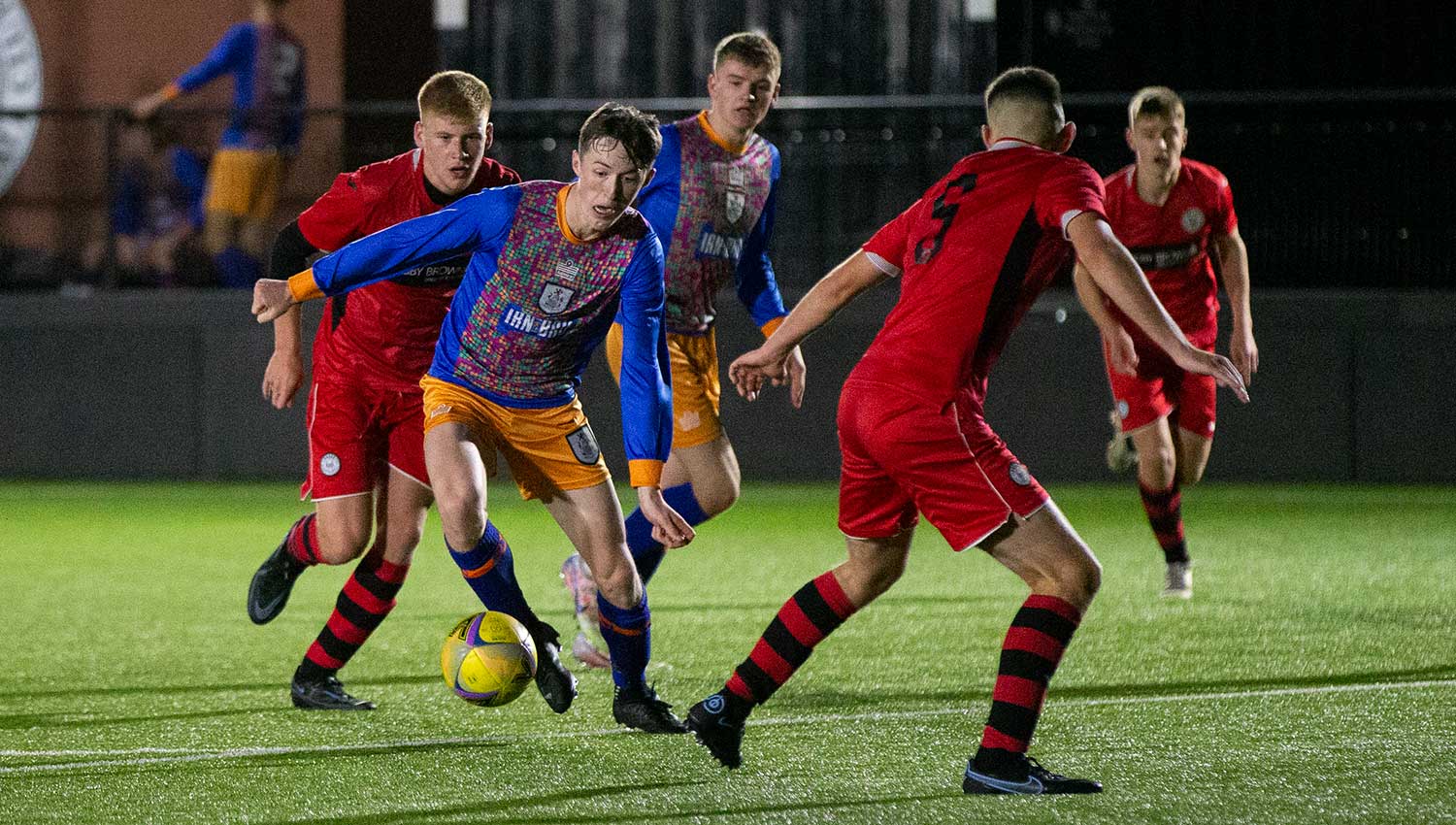 Queen's 18s continued their mid-season break friendlies against Elite level opposition with a trip to the Oriam to play Youth Cup finalists Hearts on Friday night.

The boys were confident coming off the back of good wins at Rangers and Motherwell.

The game started at a high pace with both teams pressing each other well. Hearts were lining up in a 3-4-3 formation, which was something different for the young Spiders to adapt too.

The first half was limited to few chances.  But it was Queen’s who went in at half time 1-0 up, thanks to a well worked free kick, which found its way to the back post, the ball was then cut back for Archie Graham to finish from six yards out.

The second half began with Hearts putting the Queen’s back line under pressure.  However the boys defended excellently limiting Hearts chances.

As the game became stretched in the final 15 minutes, it was Queen’s who made it two 2-0. The Spiders won back possession of the ball was won high on the pitch. After good combination play, Josh Howe set the ball back for Zach Mauchin to finish in the bottom corner.

The final 10 minutes Queen’s were well on top and pressed Hearts very well resulting in a couple of other chances to increase their lead.