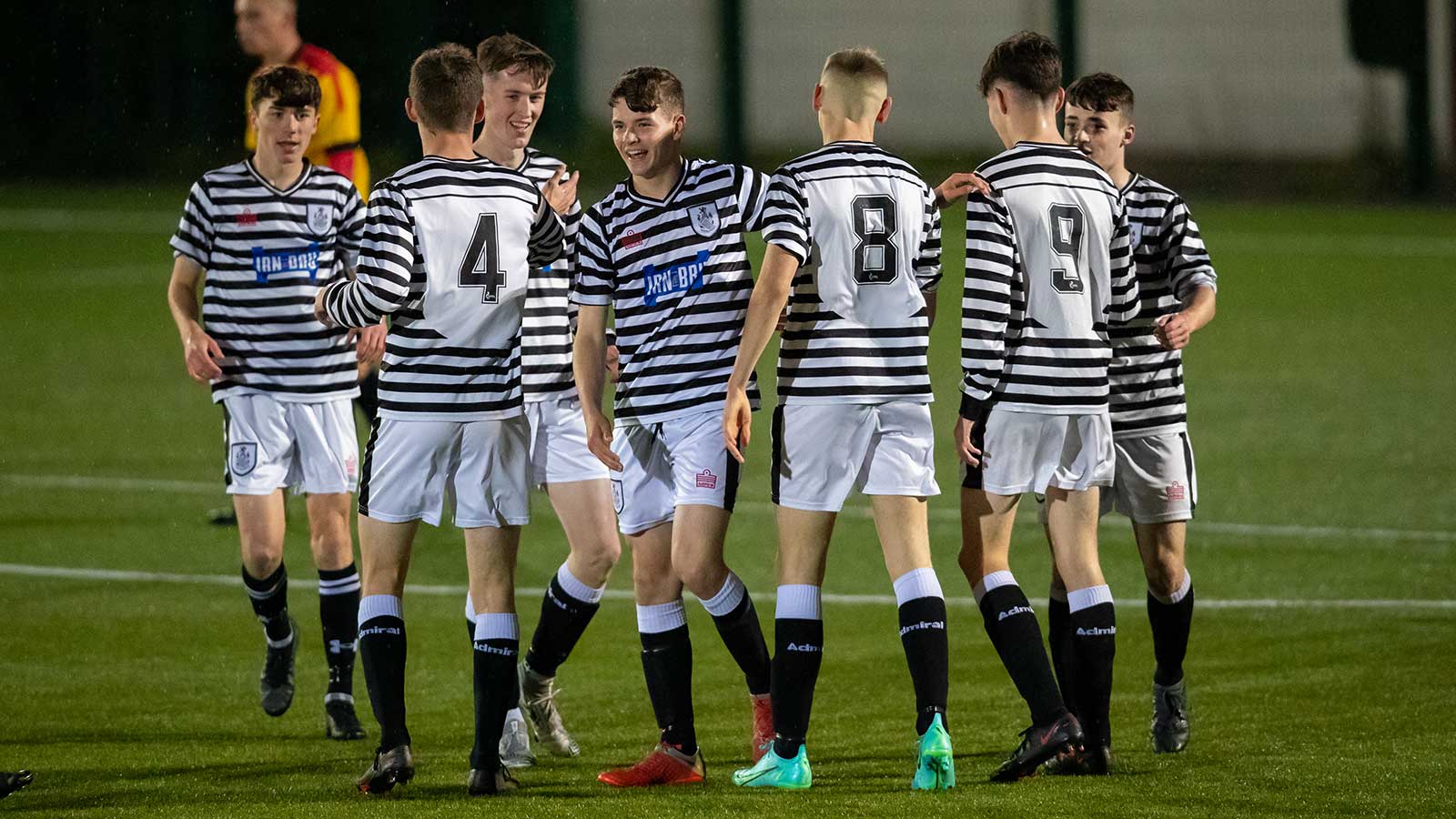 Help us celebrate our 18s winning the League – again 

Tonight our Under 18s will be at Firhill to show fans the league trophy they won for the second year running. The boys and coaches will be at the front of the Jackie Husband at 7:15pm. So please get in early to share in the celebrations.

With two games still to play, Friday’s result meant that Queen’s Park are uncatchable. This season Queen’s have played 26 games, winning 17, drawing 6 and losing only three games. Also, during the winter break the young Spiders have beaten six Elite sides as well.

Queen’s started the season well, topping the league early and remaining top for most of the season. Closest rivals for top spot were St Mirren and St. Johnstone.

A highlight of the season was the number of boys that were invited to train with the first team, be included in matchday squads and picked for Glasgow Cup action. Another highlight was Cammy Bruce making his first team debut and, along with Callan McKenna, being picked for Scotland 17s for the EURO finals in Israel.

The young Spiders finish their season, away to Partick Thistle, next Friday in a game at Firhill Stadium, with a 5pm KO. This game is open to fans so why not come along and support the future stars.

Coach Charley King commented: ” Delighted to win another league title, having won the league last season. This title win feels even more special, as it’s been a longer and tougher season. The boys have been a credit to themselves and the club with the standards they have set throughout the year, both in training and games, which has ultimately resulted in us achieving the target set out at the start of the season – win the league playing our style of football”.