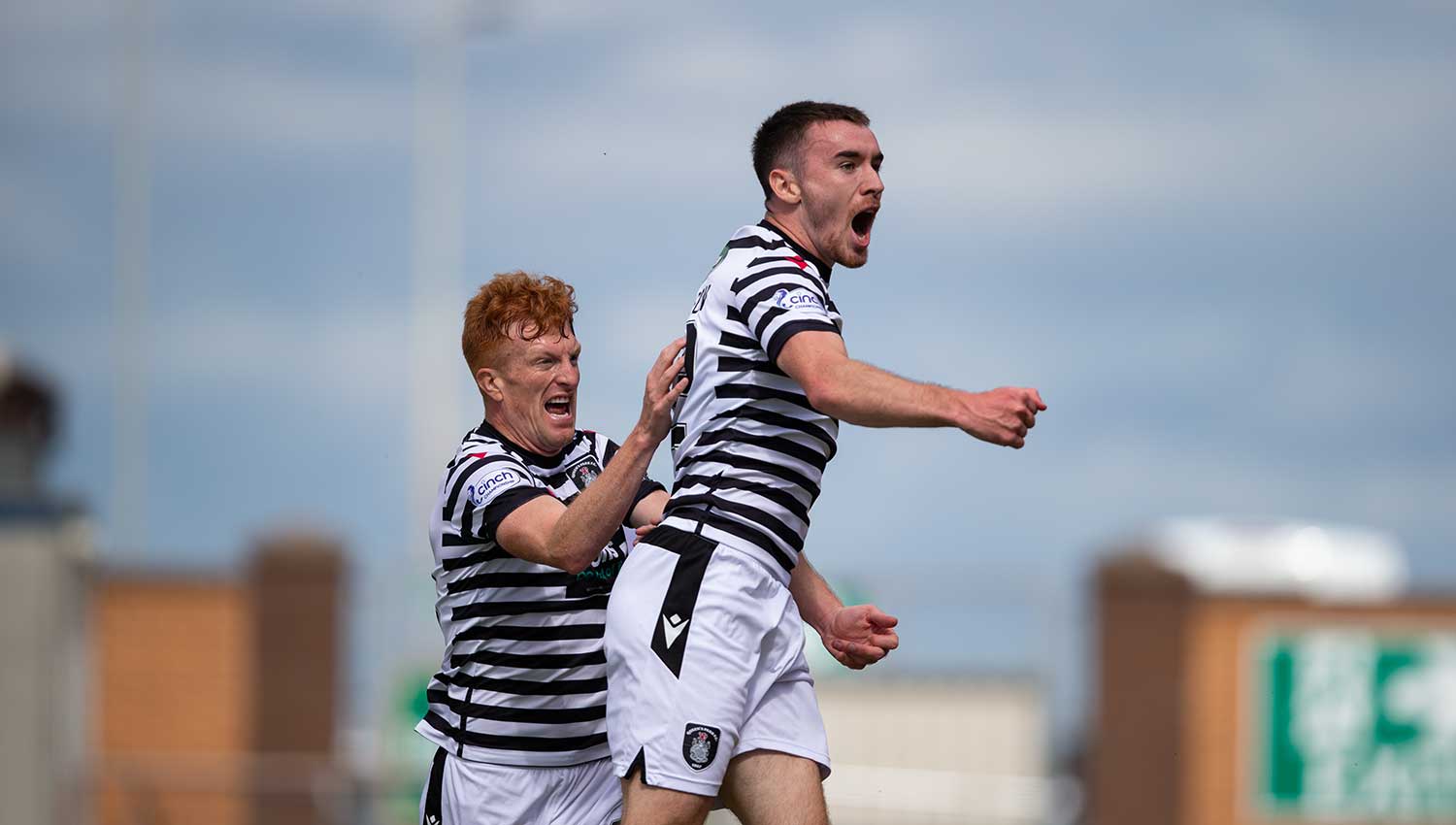 Queen’s Park’s opening game in the Championship ended in a 1-1 draw at Inverness Caledonian Thistle in the first league meeting between the sides since March 1997.

Jake Davidson’s opener will remain long in the memory of the visiting fans however the lead was cancelled out just before half-time by Billy Mckay.

Queen’s listed eight of the players who started last weekend in the Premier Sports Cup at Hamilton Accies with Lee Kilday returning to playing and captaining duties alongside the recalled Jack Thomson with Josh McPake given his first start.

Simon Murray came close to getting Queen’s start to life in the second tier off to a dream start when he wriggled clear with just 40 seconds played however Mark Ridgers was able to push his shot away with the hosts happy to concede a corner by playing the loose ball behind.

The flag-kick was dealt with and Inverness raced to the other end and after McKay had a fresh air swipe at Daniel MacKay’s cross Steven Boyd saw his fierce drive charged down.

Boyd cracked a shot from the edge of the box over Calum Ferrie’s bar with the shot-stopper forced into a save on eight minutes from a bouncing effort from Roddy MacGregor.

A goal arrived on 13 minutes and it came for Queen’s through a fantastic solo effort from DAVIDSON. The right back took charge of the ball some 30 yards from the home goal and sent off on a strong diagonal run deep into the box and when the home defence parted in his way Davidson sent in a low shot that Ridgers got a hand to but could only watch as it squirmed over the line.

Davidson charged up the pitch again on 18 minutes with Queen’s coming within inches of going two ahead as a result. Davidson got to the bye line this time and cut the ball back for Murray who took a touch before cracking a curling effort over from 12 yards.

MacKay threatened again on 21 minutes when he skipped his way to the edge of the box with his shot curling wide of Ferrie’s goal.

Queen’s replied with efforts from Thomson and Murray and as the visitors kept up the pressure Zak Delaney almost sliced into his own net with Lee Kilday sending a shot wide from the resultant corner.

MacKay showed his danger again with half an hour played with a low effort that Ferrie did well to beat away and shortly afterwards Boyd created space for a shot with the Queen’s Park number one glad to see the ball zip wide.

Queen’s had another great opening nine minutes from the break when Dom Thomas unlocked the home defence to unleash McPake with the on-loan Rangers striker denied by the legs of Ridgers.

On 43 minutes Murray had a shot held by Ridgers and Caley made the most of that reprieve by grabbing a goal and tying the score at 1-1 at the break. Boyd was released on the right and after his lobbed pass had fallen into his path Mckay drilled low into a corner.

When the teams resumed for the restart Queen’s had made a switch with Patrick Jarrett being introduced for Thomson.

The hosts carved out an opening on 51 minutes when Boyd teed up Mckay with Ferrie diving to his left to save.

Five minutes later Ferrie had to move sharply to his right and palm away a Mckay drive with one hand after MacGregor had fed the striker.

As Caley continued their search for a second Charlie Fox did well to clear at the expense of a corner from under his crossbar with several opponents lurking.

A lighting break almost saw Queen’s Park retake the lead on 65 minutes with Murray carrying the ball forward before releasing McPake who slipped past a defender only to be denied by Ridgers again.

Four minutes later Grant Savoury had a shot cleared off the line following a corner and after a flurry of substitutions Mckay tested Ferrie once more with a turn and shot.

Savoury was tripped 25 yards from the Inverness goal on 79 minutes with Thomas’ free-kick deflected wide of Ridgers’ goal.

Oakley fired a late chance wide and Ferrie had to carefully watch a fierce effort from Aaron Doran before there was drama in injury time when Naismith took a booking for the team for hauling back Doran after he pounced on a misplaced pass in the visitors’ half. 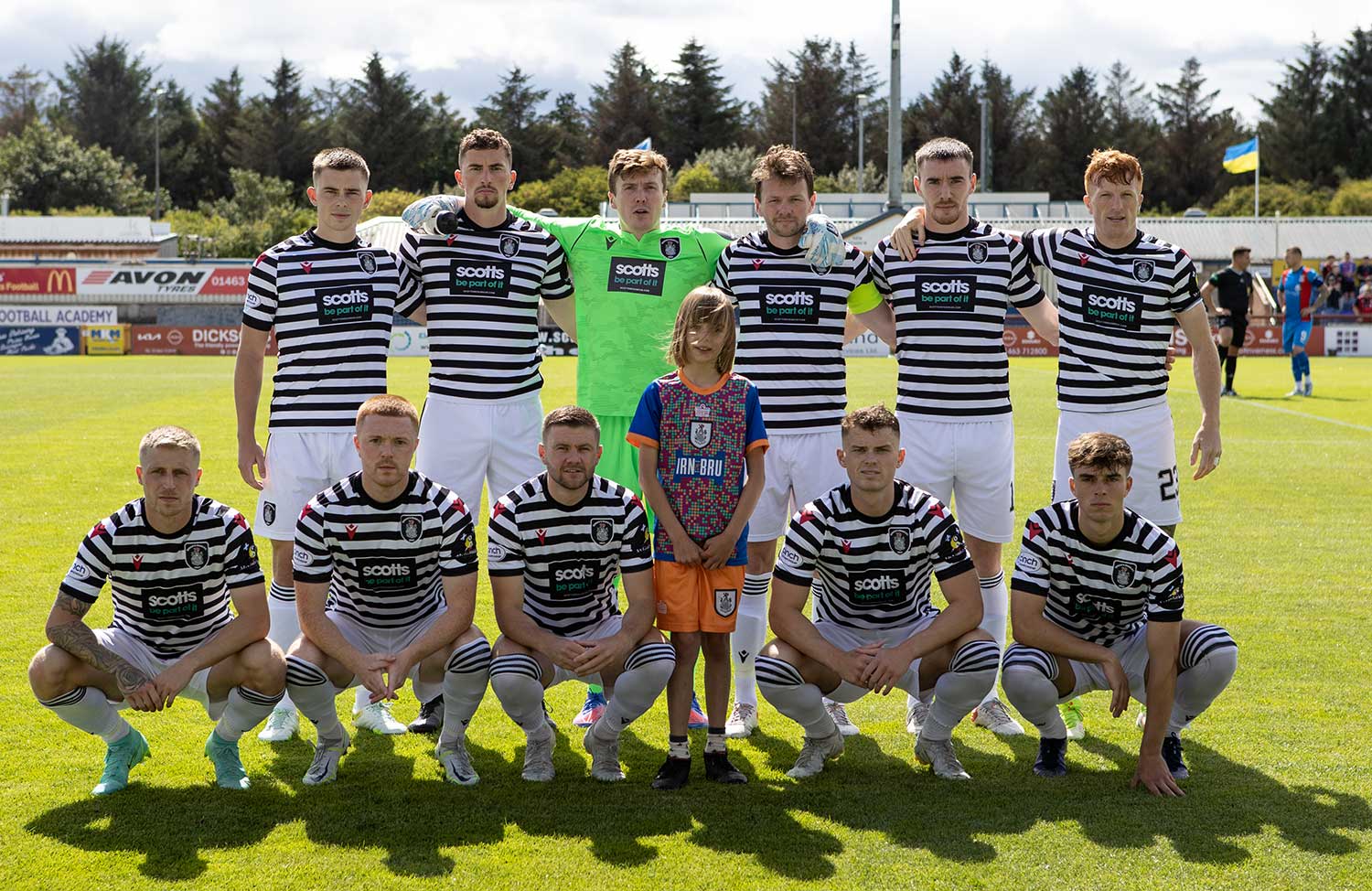