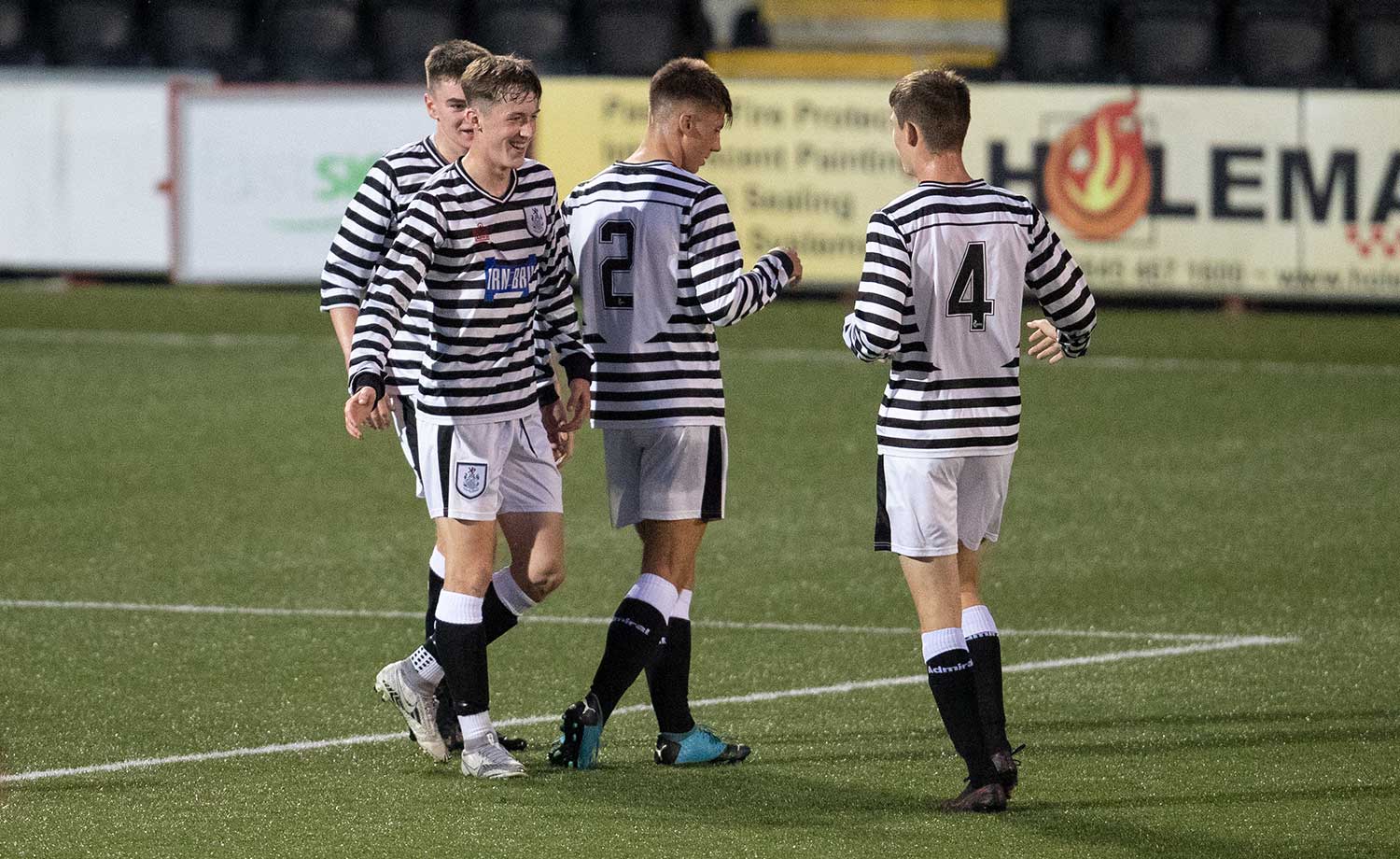 Queen’s 18s made the long trip to play Inverness at the Highland Football Academy on Friday.

Despite the long journey the team started quick and dominated possession early on.

After a couple of opening Queen’s took the lead from a well worked corner resulting in Archie Graham heading in at the back post from a Cameron Bruce delivery.

The young Spiders continued to dominate as the half went on although Inverness were still a threat on the break with two strong strikers.

Queen’s scored an excellent goal 5 mins into the second half. Starting at the back with some patient short passing, Zach Mauchin was then able to turn and play the ball wide, where good combination play from Chris Mahon and Kane Thomson resulted in a cutback for Alex Fairlie to finish for 2-0.

The game settled down for the rest of the second half until with 5 mins to go an individual error at the back allowed Inverness to get a goal back.

Queen’s managed to see the game out for a good 3 points.

Head coach Charley King said: “ Always happy to get the win when you come this far and the boys deserved it. The play in the first half was really positive and we had to dig in at the end to see the game out. The boys have been on a great run of late winning 7 in a row in the league and we are hoping to keep it going as long as possible”