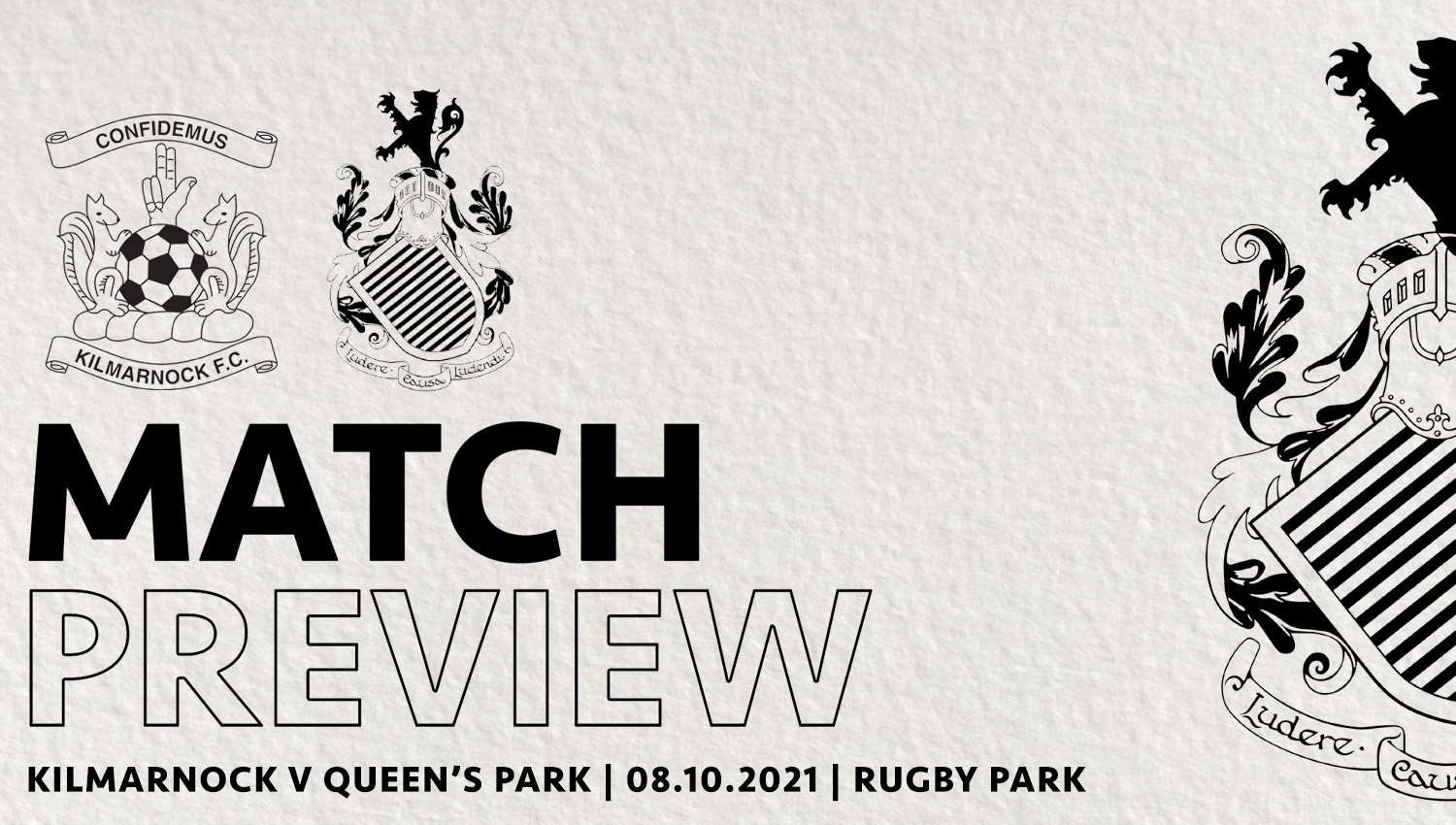 It’s Friday night football under the floodlights of Rugby Park as the Spiders make the short trip down the M77 to take on Tommy Wright’s Kilmarnock side in the third round of the SPFL Trust Trophy tonight. With Killie currently sitting second in the cinch Championship a tough task lies ahead for the Spiders and that was the message from the manager when he spoke to the club media team on the eve of the game.

Laurie said: “It’s a cup tie that we have been looking forward to for a few weeks now, although we fully expect it to be a very tough challenge for us. It’ll be a good chance to test ourselves against opposition from a higher league and that’s something which the both the players and coaching staff are relishing.”

“Kilmarnock are a very good side with a really strong squad so we expect nothing less than a very difficult 90 minutes but we know we will be going there to give it our best shot on the night. It’s cup football so we know anything can happen and it goes without saying, as with any cup competition, we would like to go as far as possible in it. I was very proud with the boys effort and desire to get through the last round after a real tricky tie against Airdrieonians.”

“Cup football is special and everyone enjoys a cup tie. This one will have a slightly different feel with it being a Friday night under the floodlights and there is an excitement on our part to go there and compete.”

“In terms of the squad, I’m delighted to say that we have had a very strong squad training hard this week. The knocks and niggling injuries that have been around recently have started to ease so that is another pleasing aspect. It was brilliant to have Jake Davidson training with the group this week given his lengthy lay off, and although tonight’s game comes too soon for him, he is edging ever closer. Stuart Morrison has also continued to make good progress on his return and we are hopeful that we can get him training with the squad as of next week.”

Queen’s Park Supporters will be situated within the Chadwick Stand. Please note that if an away supporter purchases a home end ticket they will be denied entry. Tickets are non-refundable and T&Cs apply.

There will be no cash gates on the day. Queen’s Park fans can purchase tickets in person at the Kilmarnock Ticket Office up until 6.30pm or online right up until kick off.

Under 5 tickets are not available to purchase online, if you would like to book an under 5 ticket and are unable to attend at the ticket office please email tickets@kilmarnockfc.co.uk and the ticketing team will assist you.

If you can’t get to the game then why not watch the game live on your computer, tablet or mobile device.

Livestream passes cost £9.99.  Details about how to buy livestream tickets can be found HERE.