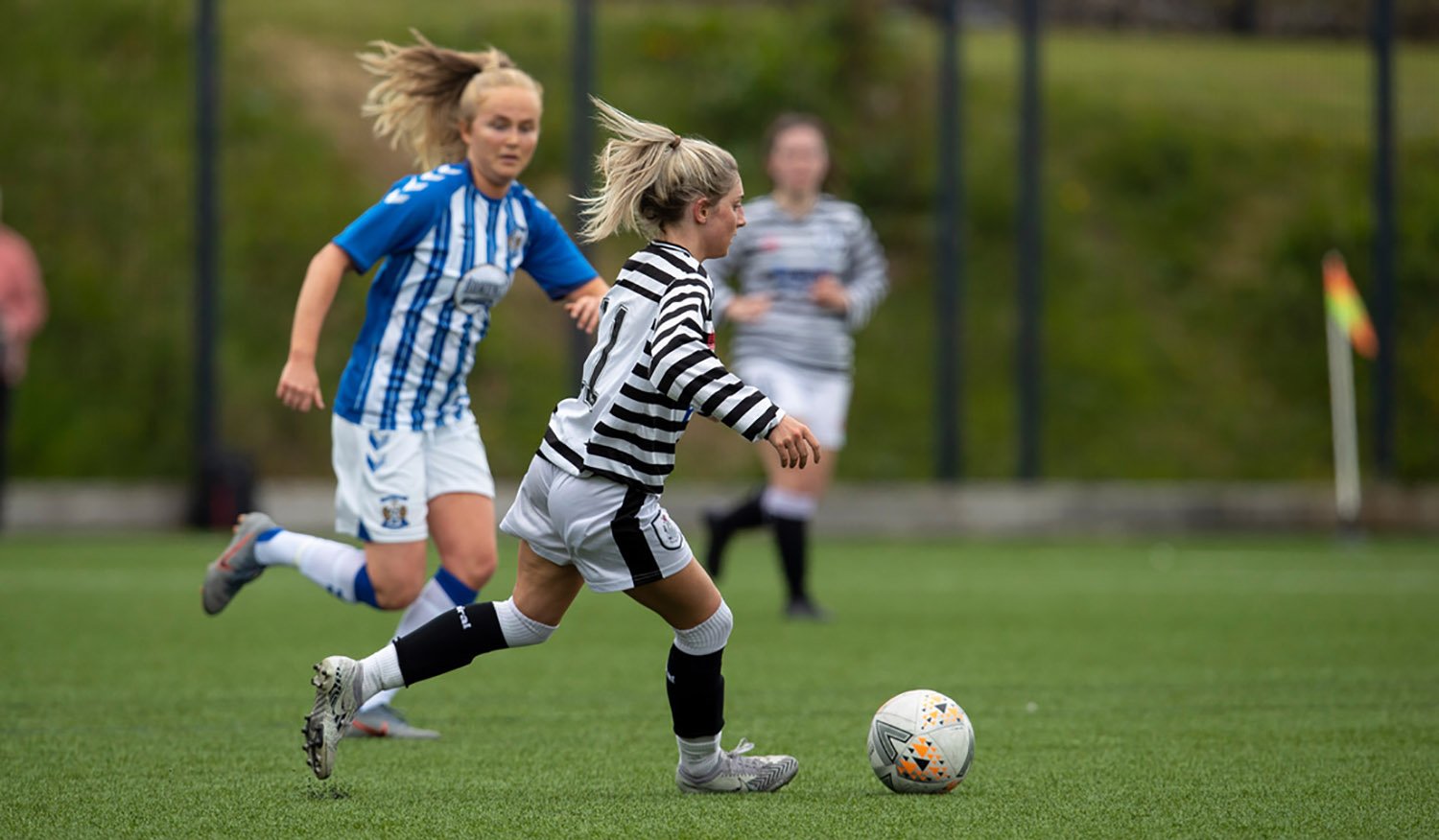 Queen’s Park suffered a 3–0 defeat at the hands of Kilmarnock in the fourth-last round of the 2020/21 Scottish Building Society SWPL 2 season. Kirsty O’Brien opened the scoring in the 12th minute, before goals from Lauryn Reside and Laura Neil extended their lead in the second half.

In his last game in charge, Head Coach Mark Kirk made four changes from the side that faced Boroughmuir Thistle last Wednesday. Defender Lauren Ray returned to the starting eleven, as did Hannah Fulton and Frances Hopgood. Mhairi Crooks, who spent the second part of the season at Motherwell in the SWPL 1, and her twin Georgia also made an appearance.

Kilmarnock were threatening from the start and almost took the lead within six minutes, when an Aimie Docherty cross was headed wide by Lisa Swanson. The hosts didn’t give up, and just a few moments later it was 1–0 as Kirsty O’Brien sent home a cross from Swanson.

Despite a fairly positive end to the first half, Kilmarnock doubled their advantage just three minutes after the restart; this time, it was Lauryn Reside who found the back of the net, following a great run from Docherty. Laura Neil then made it 3–0 with a header in the 60th minute.

“I would like to thank all the players and staff I’ve worked with over the past four years at the club. I am proud of the achievements we have made, from winning promotion, creating an identity within the women’s team and understanding the long-term vision, having an U19s Performance team to provide a pathway for first-team football in the SWPL,” Mark said in his statement. “I would like to wish the club all the best in the future, and hopefully it will continue to build and grow within the women’s game”.

Everyone at Queen’s Park would like to thank Mark for all his efforts and hard work over the past four years and wish him all the best for the future.

Queen’s Park are back in SWPL 2 action on Wednesday, 23rd June against Stirling University at the Nethercraigs Sports Complex in Glasgow.