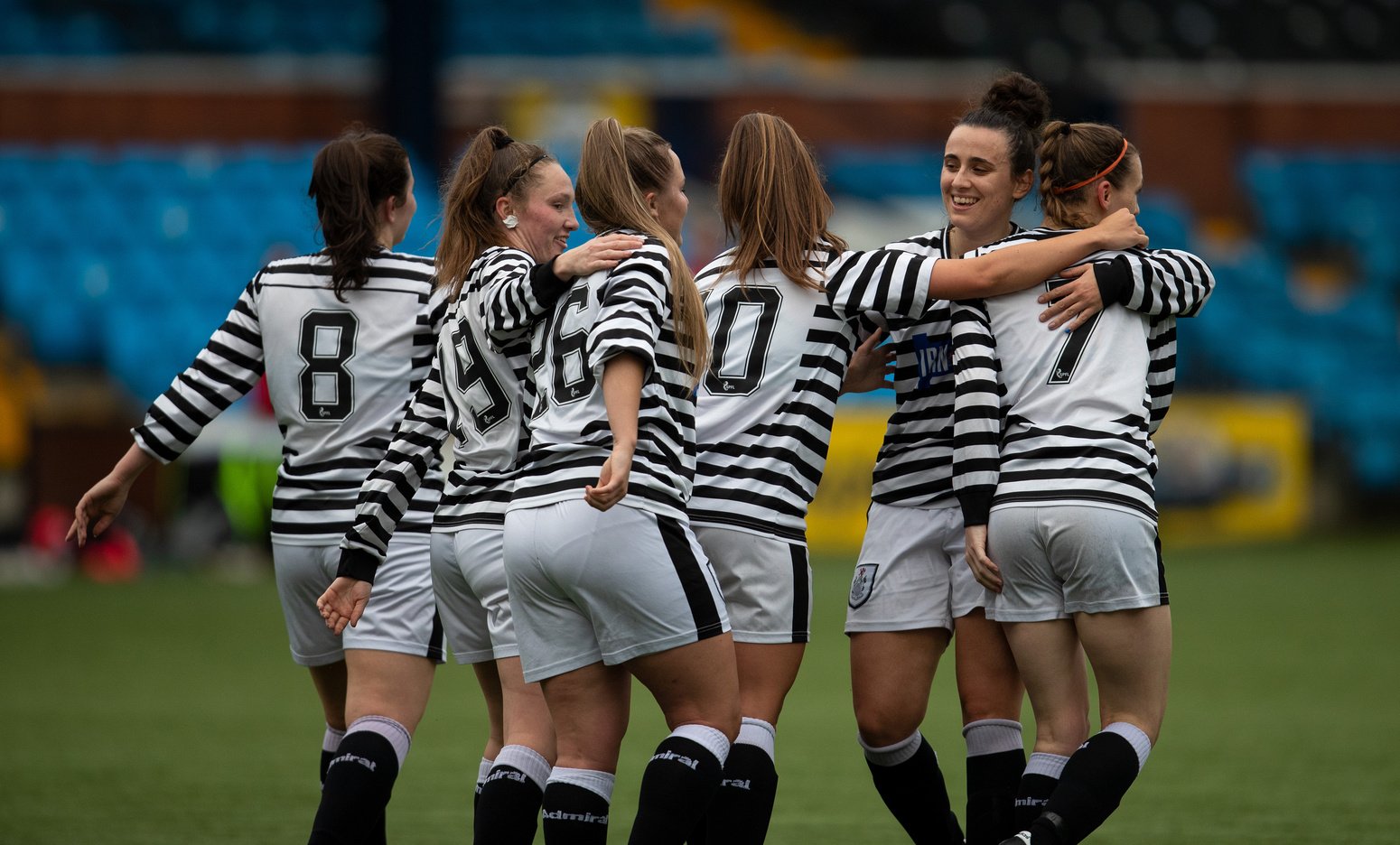 Queen’s Park played out an entertaining and hard-fought 3–3 draw with Kilmarnock on Sunday afternoon; Mhairi Fyfe had a brace and Abbi McDonald scored her first goal for the Spiders from the penalty spot, but a late comeback from the hosts meant that the points were shared at Rugby Park.

Just two changes were made to the side that played Stirling University last week – captain Jayne Cameron and Abbi McDonald coming in for Kinga Koronkiewicz and Holly McIndoe. New signing Abby Callaghan, who joined the Spiders last week after leaving Motherwell earlier this season, made her first appearance for the club in the second half, when she came on in place of Gillian Sloey.

The match got off to a lightning start as Queen’s Park were awarded a penalty after just five minutes of action. However, Kilmarnock goalkeeper Molly Reeve pulled off a great save to keep the scoreline level. Fortunately, the Spiders didn’t have to wait long for another chance; Mhairi Fyfe made it 1–0 for the visiting side in the 12th minute, when she twisted past Reeve and fired in from close range.

Queen’s Park won a second penalty in the 44th minute, and Abbi McDonald made no mistake from the spot, scoring her first goal of the 2021/22 season, as well her first for the club. The home side pulled one back almost immediately, though, with a goal courtesy of Shelley Campbell, and the Spiders went into the break with a one-goal lead that could’ve easily been more.

The second half saw more chances for both teams, but the fans at Rugby Park had to wait until the 78th minute for another goal, when substitute Abby Callaghan, just ten minutes into her first appearance for the Spiders, set up Fyfe, who made it three with another right-footed effort.

The match was far from over, though, and Kilmarnock managed to come back from two goals down and grab a draw, much to the disappointment of the away side. First, Lisa Swanson scored for her side in the 86th minute, reducing the Spiders’ lead back to a single goal. Kilmarnock were then awarded a last-minute penalty, and Alex Middleton evened the scores, smashing her penalty beyond Rachael Caddell, who guessed the right way but was beaten by the pace of the ball.

“I thought we played really well,” said Head Coach Barry Rodgers. “I thought the players were excellent, everyone – they worked really really hard and their quality shone through. We scored some good goals, and we probably should’ve had a couple more as well, we should’ve probably killed the game off a bit earlier. When Kilmarnock got their second goal, it kind of gave them a wee lifeline, and the game kind of went the opposite way”.

“So we’re happy with the performance and the way we worked, we’re now just a bit disappointed because we thought we were good for the three points, I thought we deserved the win, but it’s an improvement. It’s a difficult place to go away from home, Kilmarnock, they’ve got good experience and quality within their squad. It’s a step in the right direction in terms of performance and we’ll only get better from here”.