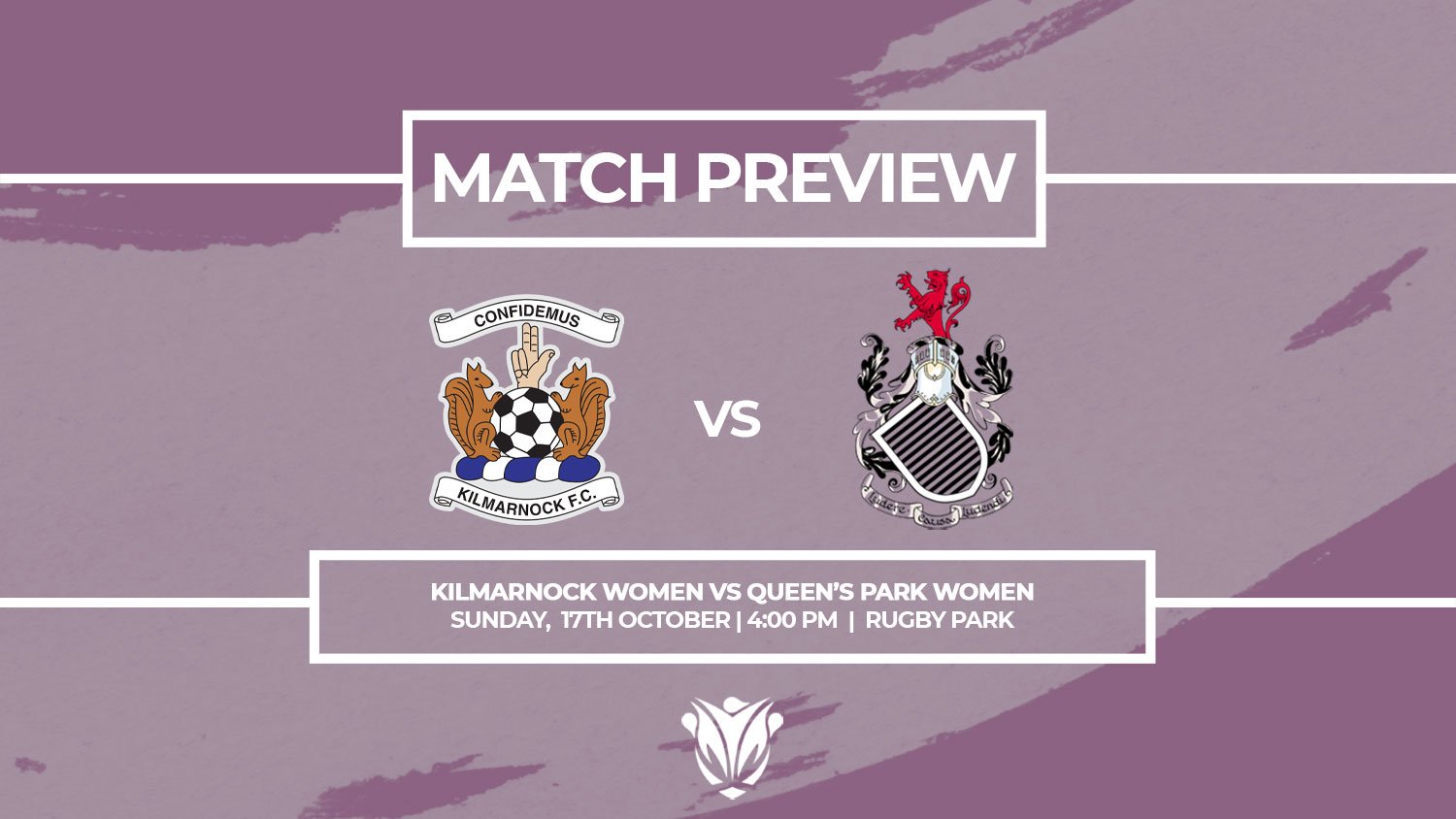 Queen’s Park return to SWPL 2 action this Sunday when they take on Kilmarnock at Rugby Park. The match kicks-off at 4:00 PM. Spectators are invited to make a donation at the main gate.

This Sunday, St Johnstone travel to Dundee to face Dundee United at the Regional Performance Centre, while Stirling University host Glasgow Women at home. A list of the full fixtures can be found here.

Last season, Kilmarnock finished in sixth place in the SWPL 2, with 7 wins, 1 draw and 10 losses, scoring 19 goals and conceding 34. Queen’s Park last faced Killie on Sunday, 20th June 2021 in the SWPL 2. Goals from Kirsty O’Brien, Lauryn Reside and Laura Neil sealed a 3–0 win for Kilmarnock at the Grange Academy Campus.

This season, Kilmarnock finished third in their SWPL Cup group after losing to Dundee United (4–2) and Hibernian (4–0), and beating Stirling University (3–0). In the SWPL 2, meanwhile, they have won three matches (against Stirling University, Boroughmuir Thistle and St Johnstone) and lost two (against Glasgow Women and Dundee United) so far this season. Additionally, they have scored in every league game so far, with their 17 goals coming from seven different players.

“We’re looking forward to the game and we’re ready for it,” said Head Coach Barry Rodgers. “We had a good week in training, we’ve raised our standards and been pushing ourselves even more, buying in and working hard in terms of what we want to achieve and create here at the club”.

“It’s been a good week. We know that Kilmarnock pose a threat, especially in their home ground, so we need to be ready for that, be prepared to work hard and be together as a squad. It will be a good match, I think, and we’re looking forward to it”.