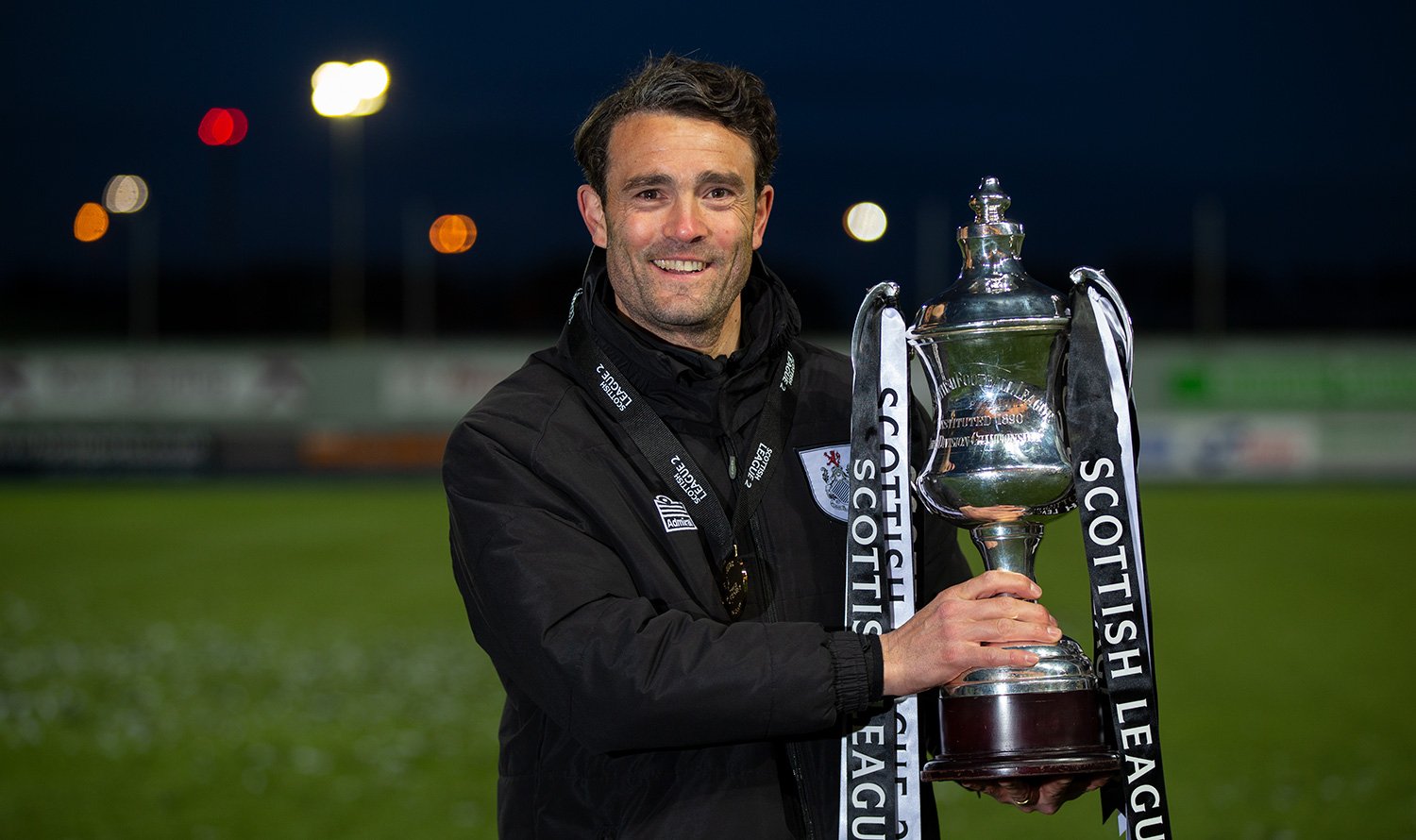 Queen’s Park FC is today delighted to announce the appointment of Laurie Ellis to the role of Head Coach.

Laurie is stepping up from assistant head coach to take on the top role following the departure of Ray McKinnon earlier this month.

Chief Executive Leeann Dempster said: “Following Ray’s departure it became clear to me pretty quickly that in Laurie we had someone already in place who was ideally qualified to help deliver our long-term vision for the Club – a vision it was obvious he shared from the conversations I have had with him over the past week or so.

“I’m very happy to make this announcement today.  Now Laurie and I will work together to deliver long-term, sustainable structures and cultures to deliver success to Queen’s Park.”

Laurie holds the highest coaching qualifications, including his UEFA Pro licence, and has had spells coaching at a number of clubs, including two stints as caretaker manager at Dundee United.

Laurie said: “I’ve been fortunate to work with some very good people and I feel confident in stepping up.  I’m privileged to get the opportunity, and I’m excited to get to work to help build the Club to deliver sustained success through attracting and developing talented young footballers.”

Queen’s Park recruited former Motherwell and Hibernian Chief Executive Leeann to the club earlier this year.  Her appointment was the first step in creating a new football club model, rooted in community and participation, with as much emphasis on delivering positive social outcomes as there will be on delivering sporting success.

Club President David Hunter said: “I’m personally delighted that Laurie has accepted the role.  It’s clear that with Laurie and Leeann we have excellent people who are committed to delivering success through establishing structures and values that will ensure Queen’s Park remains a unique Club in the Scottish game, a Club that will continue to attract and develop some of the brightest talents.

“We want to be successful on and off the pitch, but we are also determined to remain committed to our values.  Laurie fully understands and supports this, and I look forward to he and Leeann leading us forward.”