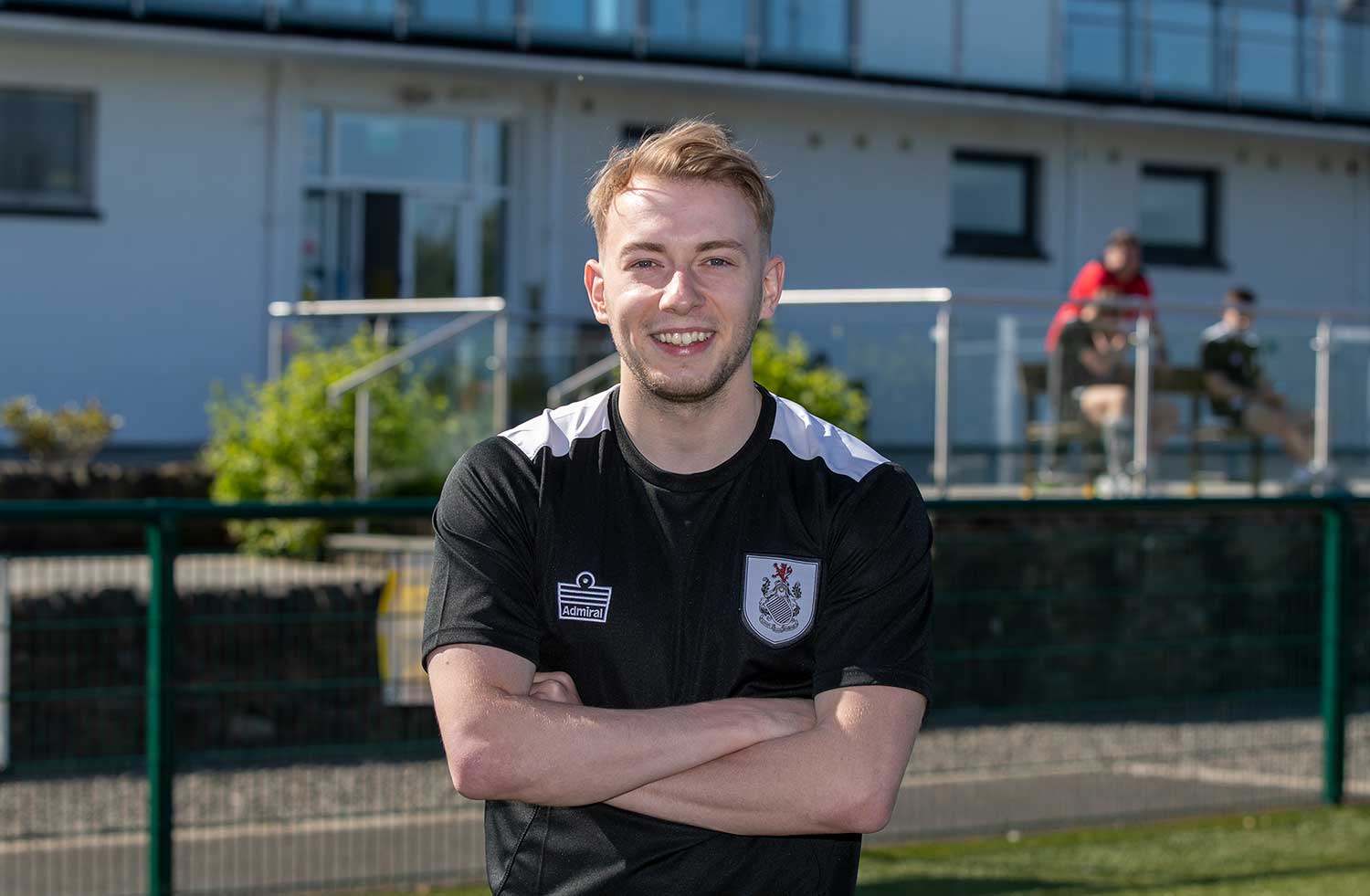 Lewis was named Heart of Midlothian U17 Player of the Year in 2015 and went on to make 18 first team appearances in the Premiership for the Jam Tarts.  Called up by Scotland at U21 level but due to COVID-19 the games were called off. Lewis also had loan spells at Cowdenbeath, Forfar, Falkirk and Arbroath.

Head Coach Laurie Ellis said “I am delighted to add Lewis the squad.  Like Jake Davidson, Lewis is another ambitious lad who will have benefited from his education in the Hearts academy. Lewis brings playing experience from the Premiership and will be a valuable member of our squad”.

Speaking with the club’s media team, Lewis said: “I’m very happy to be here and to commit my future to the club.  It puts an end to what has been a stressful time for me over the last few weeks, not knowing where I’d be playing next after leaving Hearts.  I spoke to the manager and everything he said really sold the club to me.  I’m at an age where I need to be playing as much as possible and I believe this is the place I can really push on.”

Queen’s Park FC would like to place on record our thanks for the assistance provided by Heart of Midlothian FC in making this move possible.