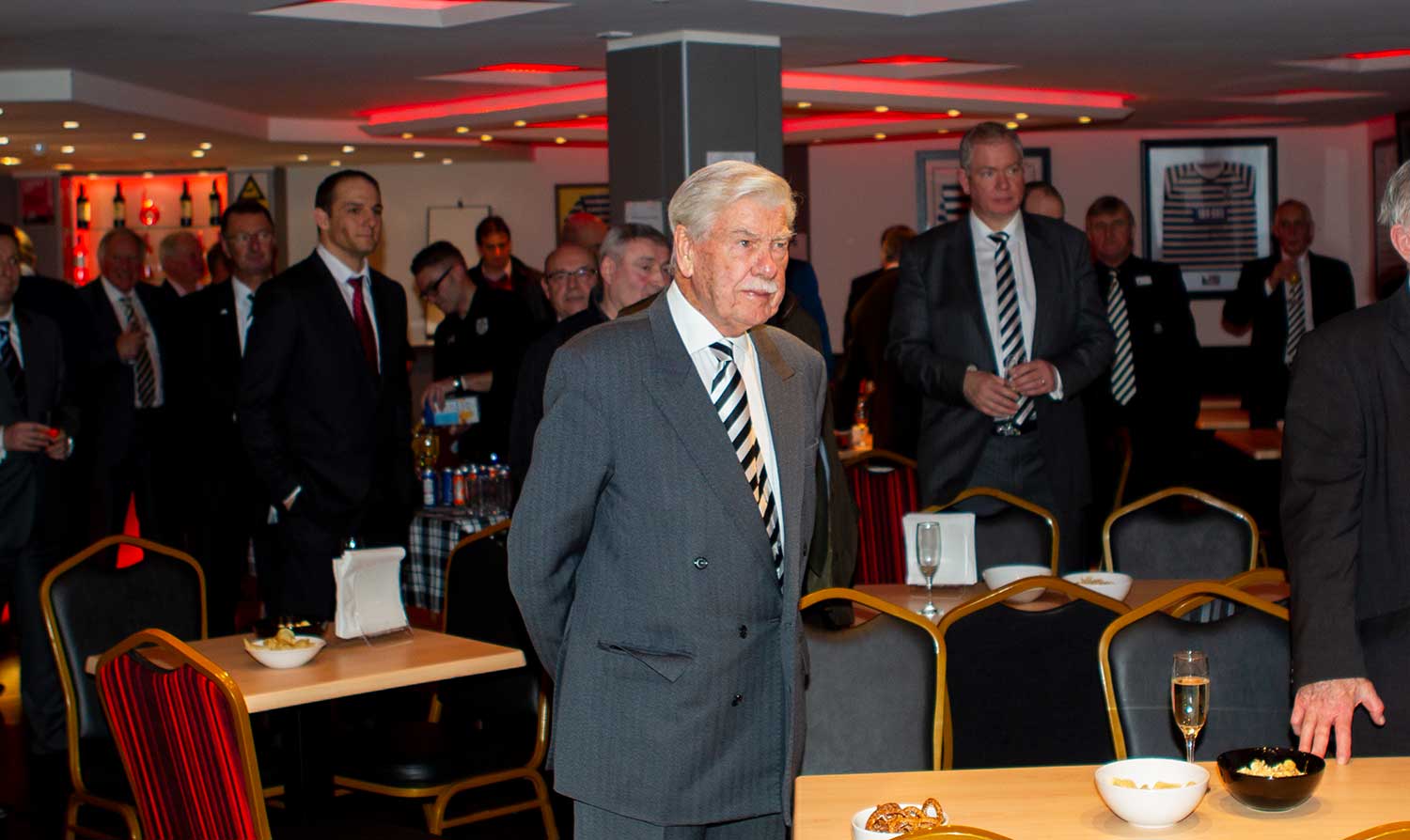 Everyone at the club was deeply saddened to learn of the recent death of our Honorary Club Patron, Lord Macfarlane, aged 95.

“Lord Mac,” as he was known to many, received a letter from the club in 1944, inviting the then Norman Somerville Macfarlane to play in a trial match. His name featured in a number of Hampden XI and Strollers XI squads, and despite being a reserve for the First XI in a match with Hamilton Accademical, he didn’t quite manage to make an appearance for “the big team.”

A keen rugby player at school, Lord Macfarlane recalled receiving a letter from the club suggesting that if he was playing rugby for the school in the morning, it was for the best he did not to play football in the afternoon for the Spiders.

His football playing days were ended when, after joining the army 1945, he broke his neck in a swimming accident in Palestine in 1947.

He had a highly successful business career, starting in office stationery in 1949. The Macfarlane Group, which he chaired until the late-1990s, became the UK’s biggest packaging distribution business. He was chairman of Guinness in the late 1980s and later became an honorary life president of Diageo.

He was a member of CBI Scotland and sat on the boards of many top companies, offering guidance, wisdom and passing on his years of experience. He received a knighthood in 1983, before being created a life peer in 1991. He retired from the House of Lords in 2016.

A keen patron of the arts, he played a leading role in an appeal to fund a major refurbishment of the Kelvingrove Art Gallery and Museum, raising almost £13m towards the overall cost.

In February 2007, Lord Macfarlane was awarded the Freedom of the City of Glasgow.

Keen to maintain his connection with Queen’s Park, the club was delighted when he accepted an invitation to become our Honorary Club Patron. He and Lady Macfarlane were frequent visitors to Hampden to watch the Spiders, and were regular supporters of various club functions over the years.

The thoughts of everyone here at Queen’s Park Football Club are with Lady Macfarlane and the members of the Macfarlane family at this sad time.

As a mark of respect, the players will wear black armbands and there will be a minute’s silence before our home game with Clyde at Firhill tomorrow.