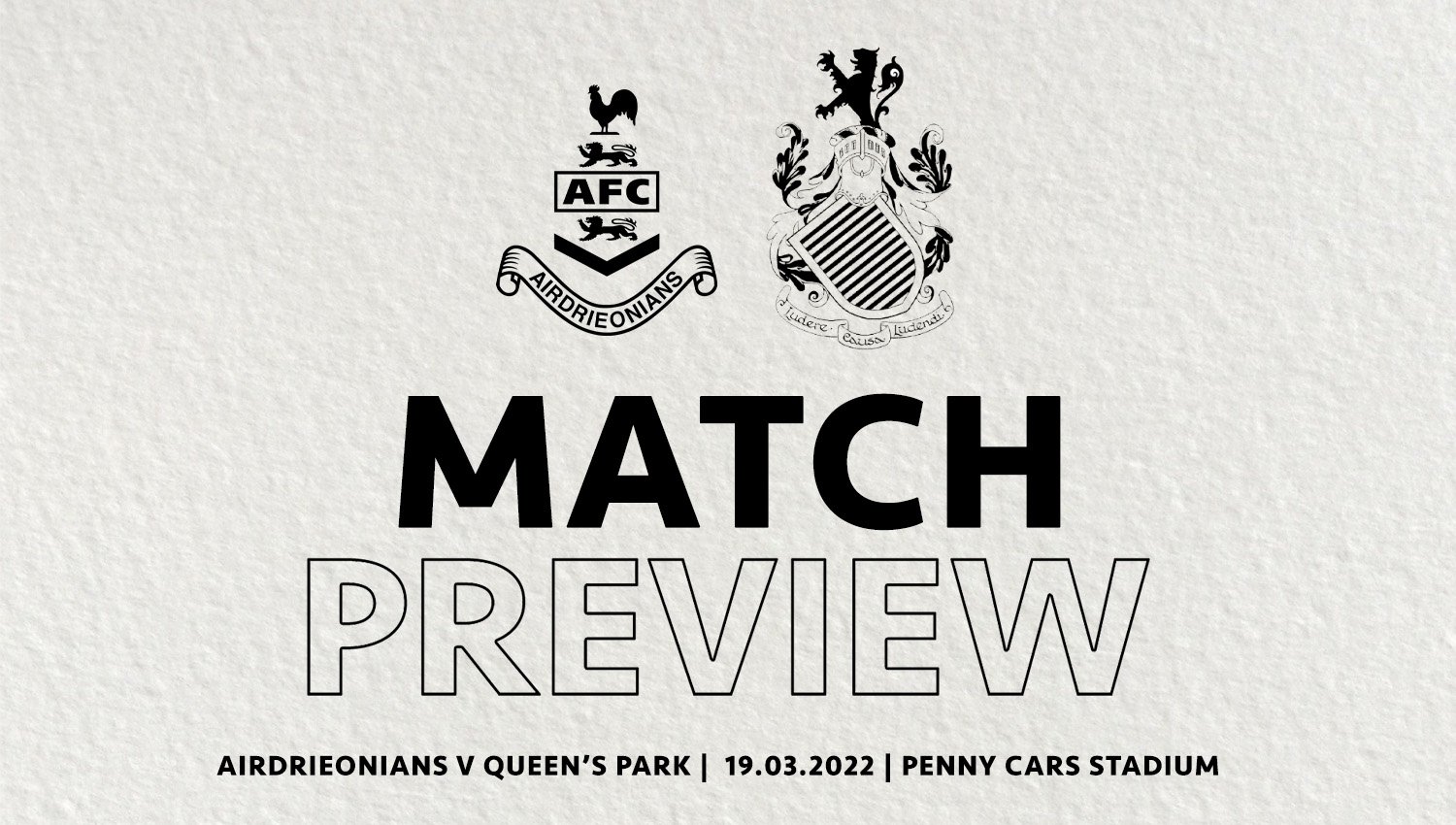 Queen’s make the short trip to Airdrie to face Ian’s Murray’s in-form Diamonds side at the Penny Cars Stadium for what will be the sixth meeting of the sides this season. If previous games are anything to go by this one could be another close encounter.

With the hosts having four wins from their last five and pushing Cove Rangers all the way for the title, and Queen’s very much in the hunt for a promotion play-off spot it certainly has the makings of a good game, and ahead of it Director of Football, Marijn Beuker gave his thoughts to the club media team.

Marijn said: “We are looking forward to the game, as we always do, having had a good week in training and a very good win in the Glasgow Cup against Clyde at Broadwood on Tuesday night. We felt it was a very deserved win and there was a little bit of disappointment that we didn’t manage to keep a clean sheet but overall we were pleased.”

“The game itself was a good opportunity for us to see a number of players from the academy and look at potential options for next season so from that perspective the game was a good opportunity. The boys trained with us on Monday and Tuesday, with some of them continuing that into Thursday and Friday and that was good to see.”

“On the game itself, you see what we are capable of when we play well so overall we need to be happy with how it went. We are obviously pleased to be into the semi-final of the tournament but looking back at the matches against Celtic and Rangers can’t help but feel we should have taken more. That said, we are satisfied to progress, but we have ambitions to win the Glasgow Cup and we won’t be completely happy until unless we do that.”

“We now eight weeks between now and the end of the season and everyone in the squad is aware of what we want to achieve come the end of this period. We are ready and focussed on achieving our aims.”

“As mentioned, we look forward to the game and the chance to end Airdrie’s winning streak. We know they have been playing well and have the momentum behind them going into this game. It is their home tie also so from our perspective the onus is on them and they have something to prove. We are motivated to not only look to get a positive result from the match, but demonstrate that we are continuing to take steps forward with how we want to play.”

“On the squad front we do have some issues to contend with but we will go into the game with a strong squad and with the same mindset we do every week, to approach the game in the manner which we have prepared ourselves to do.”

Please note that there will be no cash gate. Match tickets for both home and away supporters can be bought through Airdrie’s ticketing portal HERE

Those who are unable to purchase match tickets online can do so in the Public Bar prior to the match – though Airdrie stress that fans are requested to buy online if they can.

Please note that proof of concession may be required.

If you can’t manage to the game you can watch the game via DTV’s live stream. Cost is £15. Click HERE for more details.