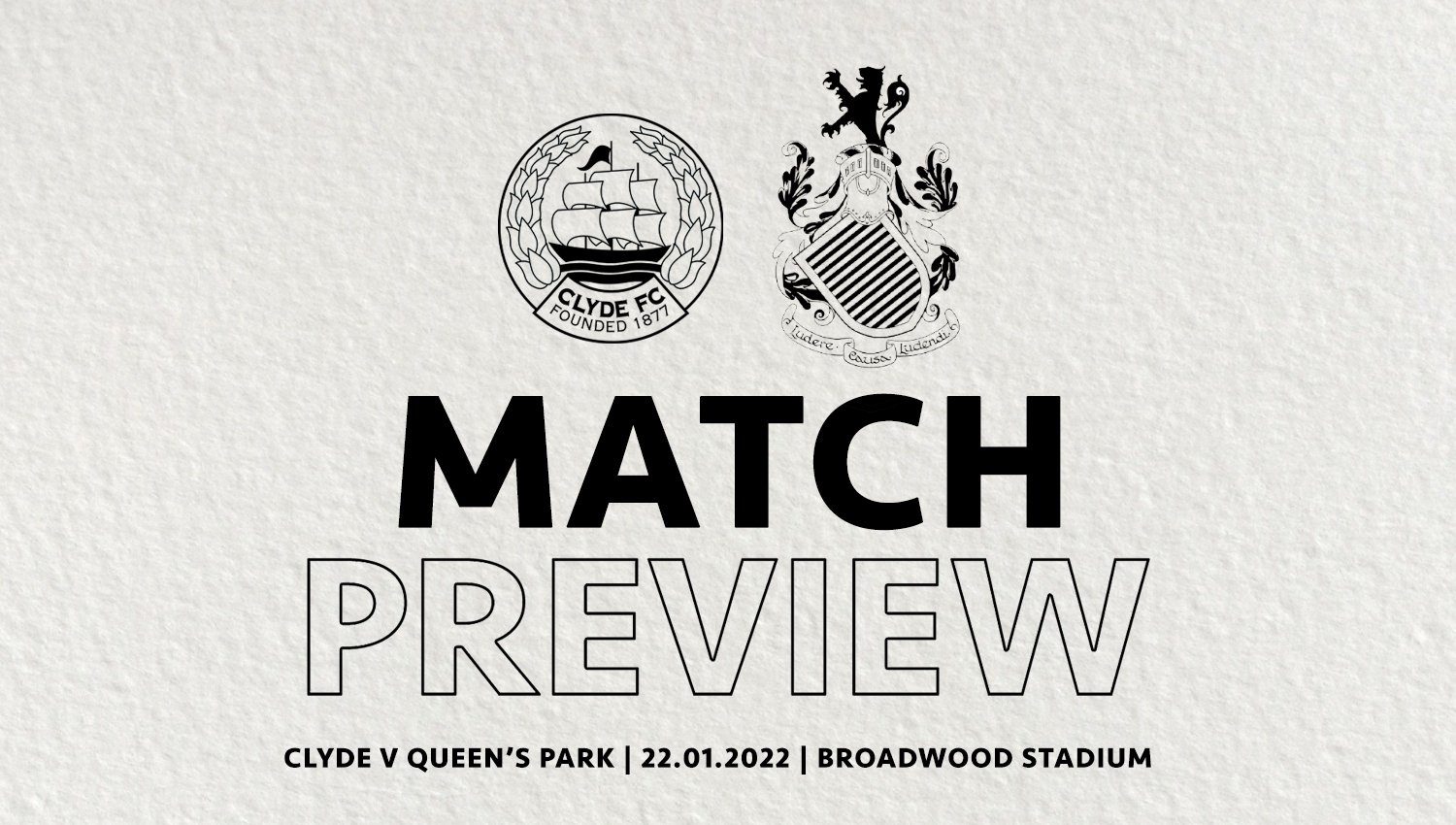 It’s derby day on Saturday as the Spiders make the short trip to Cumbernauld to take on Danny Lennon’s sixth placed Clyde. With neither side in Scottish Cup action over this weekend, the fixture, which fell victim to the pandemic at the turn of the year, has been re-arranged relatively quickly, just three weeks later than originally scheduled.

Ahead of the game the media team caught up with Director of Football, Marijn Beuker, to get his thoughts. Marijn said: “We are looking forward to the game after what has been a good week in training and a good result against Partick Thistle in the Glasgow Cup on Tuesday. We were pleased with the result but more importantly pleased with how we played. For us it was great that three of our young academy players made their debuts and that is something we which we clearly want to build upon more and more.”

“For us, those players making their debut is a signal to the whole academy that they are doing their job and it shows them that the first team, and I as the technical director, am looking towards them for the future. We were very pleased that all the players made a good impact in the game. We obviously want to see academy players progressing to the first team but it is very important that when they are included that the make an impact, which these boys did and that was very pleasing for me.”

“The match was a great for opportunity for Jai Quitongo and Peter Grant to get some game time as they work they way back towards being able to play a full 90 minutes. It was also good for some of the younger players in the squad such as Max Gillies, Callum Yeats, Calum Biggar, Jake Davidson and Jack Thomson to feature as we look to get all the players playing as much as possible and getting used to the game module we are implementing and the style of play we are creating. We know that it takes a few weeks for the players to become familiar with it so the more games the players are getting, the better.”

“Overall it’s been a good week and we are pleased with both the Partick Thistle game and with how training has been.”

“We now look forward to the match on Saturday and what will be another test for us. We are taking things a game at a time just now and the entire squad are focussed, sharp and looking forward to the match. We know that for the supporters this game is a derby and that always brings something special to the game from for the technical staff and the players we treat it as just another game and one that we want to win.”

“We have obviously had the recent news that restrictions have been lifted on numbers attending matches and that is fantastic. Every team and every player wants to play in a stadium with as many fans as possible making as much noise as they can. We want to entertain our supporters and give them a game that they can enjoy. We learned that during COVID, when stadiums were closed, ut could have a big impact on results so it is important to have fans in the stands.”

“Fans, and especially away fans are needed. The backing of fans home and away really does make a difference to the players on the pitch and we hope, not only tomorrow, that our fans help contribute to a good atmosphere and back the team on to victories. We are looking forward to being able to show the fans what we have been working on and we want to send them home happy.”

On the injury front Marijn confirmed that the squad will be bolstered by the return of Louis Longridge and Lewis Moore who returned to full training on Thursday. Marijn confirmed that Wullie Muir, Simon Murray, Will Baynham and Darren Lyon remain out through injury. Marijn added: “We have a large group of players all of whom are eager to play and the competition for places is good.”

Asked about the likelihood of the club doing business in the January transfer window Marijn commented: “We are very happy with the quality we have within the squad but like I said last week, we are always looking at how we can improve the squad, particularly in the longer term. We are busy trying to add some more quality to the squad where that might be possible. Things have been quiet in this transfer window so far but we are hopeful that will pick up in this coming week. “

Match tickets: Admission to Clyde league matches at Broadwood is by ticket only. Tickets can be purchased through the Clyde FC ticket store HERE.

It is strongly recommended that tickets are purchased in advance to avoid the need to queue on matchdays. Those wishing to pay by cash or contactless must purchase a ticket from the ticket window adjacent to Turnstile C on matchdays. Concession ticket holders may be asked for proof of status. Holders of concession student tickets should have student ID ready to show with ticket.

COVID guidance: Clyde F.C. urge all attendees to take a lateral flow test on the morning of the game. Masks must be worn on entry to the stadium and when within the stairwells, kiosks and toilets.

Live stream: If you can’t get to the game then why not watch the game live on your computer, tablet or mobile device. Livestream passes cost £13.00 and can be bought HERE.

Information about accessing Clyde’s livestream can be found HERE.

Club shop sale: If you want to really look the part as a QP supporter, there’s never been a better time to buy our replica kit. As we get ready to clear the decks for new kit next season, ALL our present stock is being offered with a 50% discount. Check it out HERE